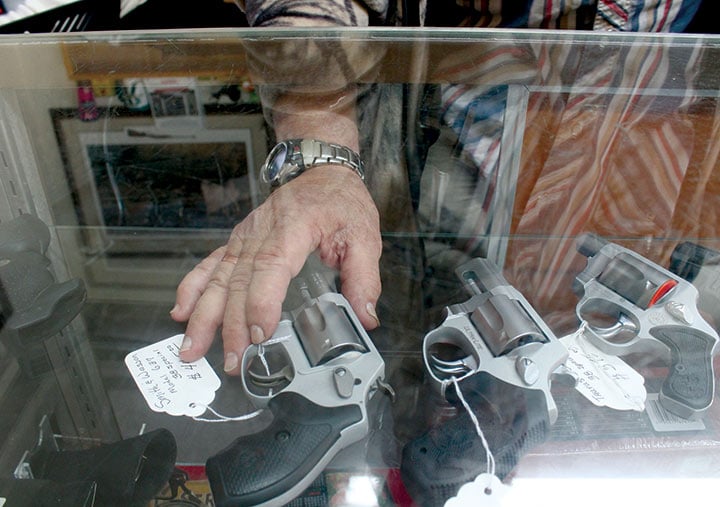 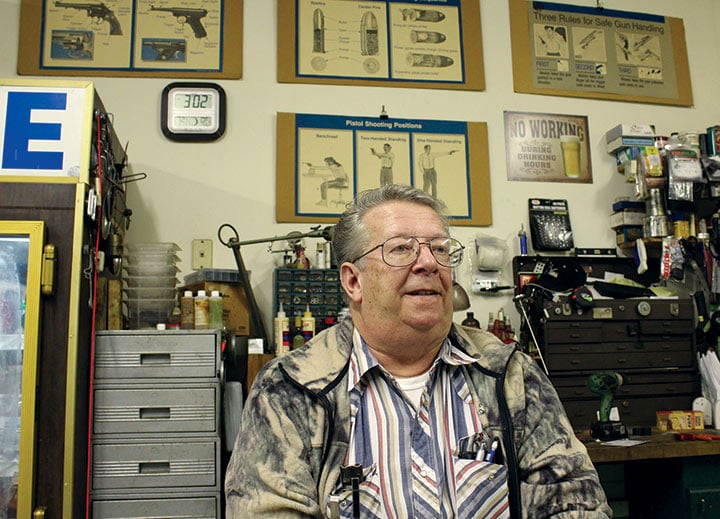 Gerald Stoudemire fixes firearms in his garage and has been teaching concealed weapons permit classes since 1996. He said "every time (President Obama) opens his mouth" gun sales and CWP classes increase. 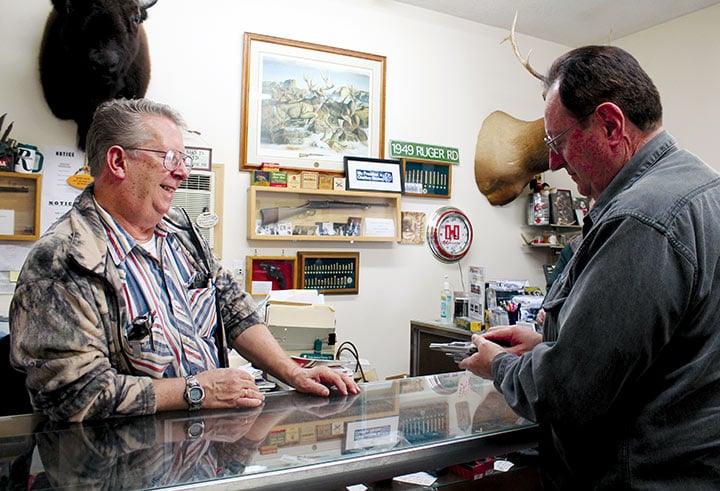 Gerald Stoudemire and long-time customer Robert Messengers look at a .38 caliber revolver. Stoudemire opposes registering firearms through SLED, an idea recently proposed in legislature. "There is no way this state can afford that," he said. 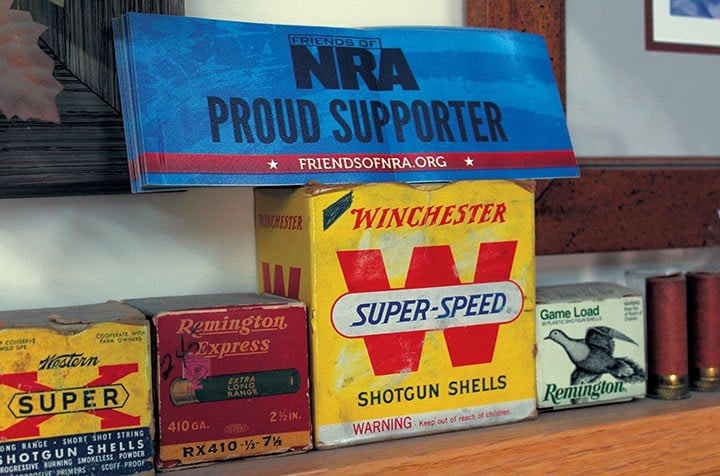 Among the walls and shelves of Gerald Stoudemire's gun and supply store in Little Mountain, you will find signs of support for the National Rifle Association. 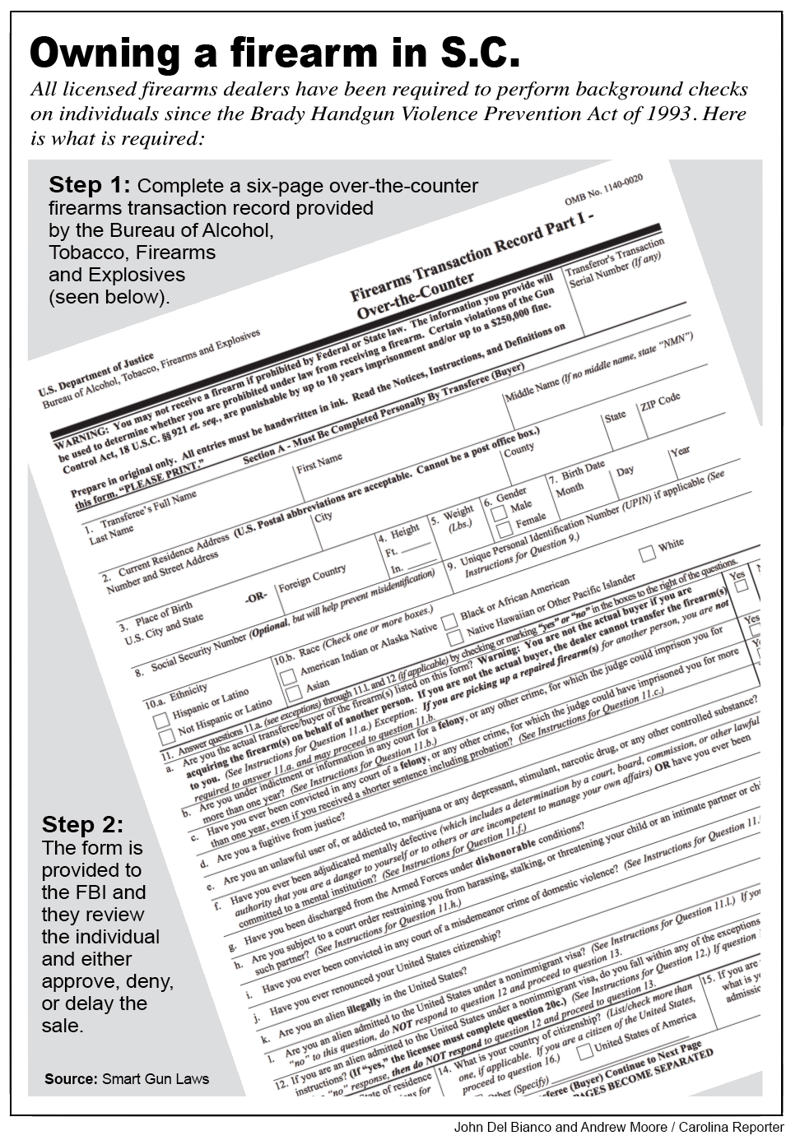 Gerald and Faye Stoudemire opened Little Mountain Gun and Supply near Columbia in 1987. In the nearly three decades since, the couple has listened to dozens of presidential candidates debate many issues. But one issue has always remained on their radar – gun control.

This year may be more intense. Republican and Democratic presidential candidates are campaigning against the backdrop of President Obama’s call for greater restrictions on guns, including expansion of background checks, and the tragic slayings in a Charleston church allegedly carried out by a young man who should not have been able to purchase a gun.

“I stay informed on the gun laws, pro or con, because of the threat we have gotten from the anti-gun establishment in the White House,” Stoudemire said. “I just feel there’s more talk about gun control in this year’s primary.”

Republican candidates have reached out to gun owners, some challenging President Obama’s proposal for more gun control. Front-runner and real estate tycoon Donald Trump recently said there is “an assault on the Second Amendment.”

In the ad, Thompson draws on Clinton’s promise of an expanded background check system, saying she can make sure “guns don’t get into the wrong hands.”

The ad hit close to home as the “wrong hands” being referred to are those of alleged shooter Dylann Roof, the 21-year-old who confessed to shooting nine churchgoers at Charleston’s Emanuel African Methodist Episcopal Church last summer. Roof, who had been arrested for a drug charge, should not have been able to purchase the Glock handgun.

Roof had been arrested by the Columbia Police Department months before acquiring the handgun and was detained at the Lexington County Detention Center. But a county clerk mistakenly listed the Lexington Sheriff’s Department as the arresting agency. A county corrections officer changed the records two days later, but the change did not show on the FBI’s system, causing confusion that allowed the three-day mandatory waiting period for gun purchases to expire without flagging Roof’s arrest.

The tragic shooting re-ignited a local and national discussion about background checks. The issue had quieted down since the Senate in 2013 refused to act on Obama’s proposed legislation requiring background checks on all private sales or transfers.

Democratic lawmakers in South Carolina’s General Assembly have introduced gun control legislation this year that includes a ban on assault weapons and the registration of firearms. In Washington, Rep. James Clyburn, D-SC, introduced legislation to eliminate the so-called “Charleston loophole” illuminated by Roof’s illegal gun purchase. The bill looks to “guarantee that no gun is sold by a licensed dealer until a background check is completed.”

Stoudemire, also the president of the National Rifle Association’s Gun Owners of South Carolina, said expanding the background check system is a mistake because people won’t be able to hand guns down to family members unregulated.

Wayne Batson, owner of Sharpshooters Gun Club and Indoor Range in Greenville, said the three-day waiting period is “too short because of the amount of labor force required to a background check.” Batson said it should be extended to seven days.

Some gun owners are conflicted.

Daniel Lee, a Greenville resident, said he supports the current background check system because three days “gives the FBI enough time to run the check and stop the person from buying the gun illegally.” It also allows the person “time to consider their actions” before committing a gun crime.

Gun owners are among the most circumspect in how they will cast votes in South Carolina’s primaries. None interviewed were willing to share who they would vote for.

Donald Trump is still the GOP front-runner in South Carolina with 42 percent, according to the most recent CBS News/YouGov poll. Cruz placed second with 20 percent. On the Democratic side, Clinton leads with 59 percent, just ousting Sanders with 40 percent.

Stoudemire said he believes Trump is leading the polls because he is “saying what people want to hear” and because “others are trying to be too polite.”