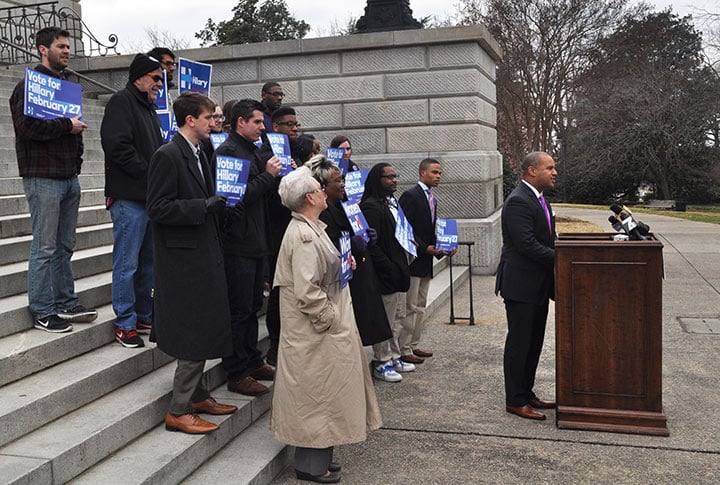 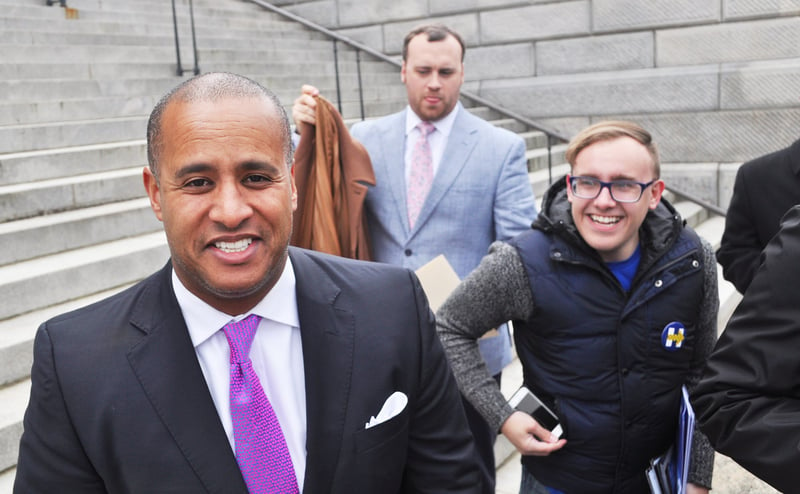 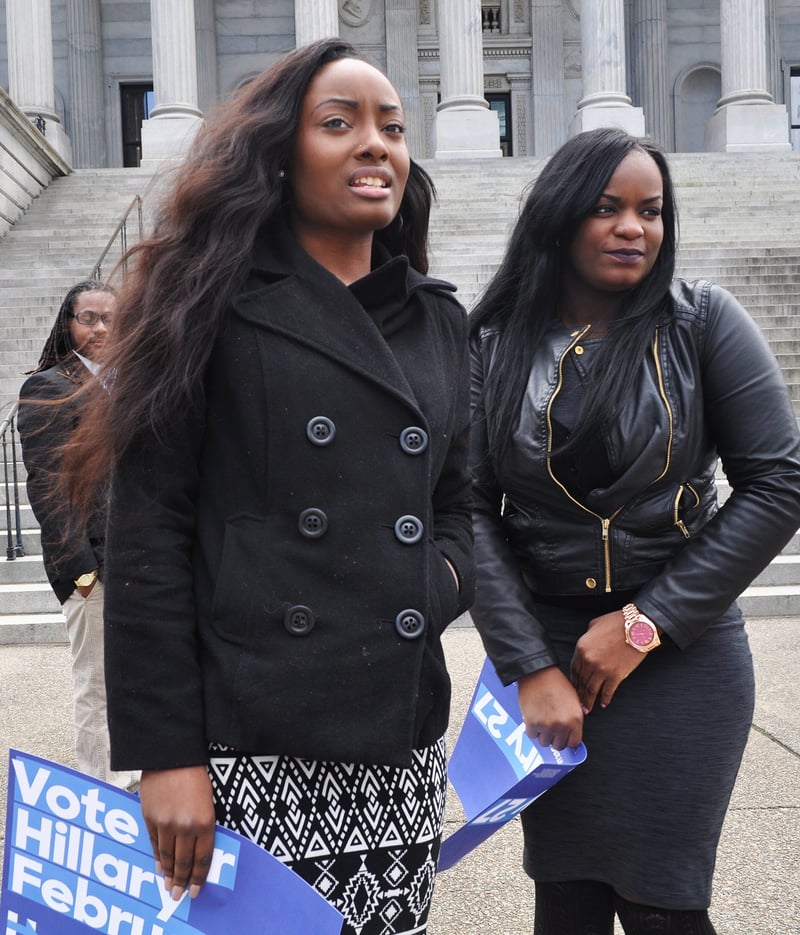 Tenia Holloway, 24, left, and Janequa Huggins, 21, came out to show their support for Clinton as Rutherford endorsed her. The two attend Allen University and are going to be voting in the primaries this month. (photo by Colin Demarest) 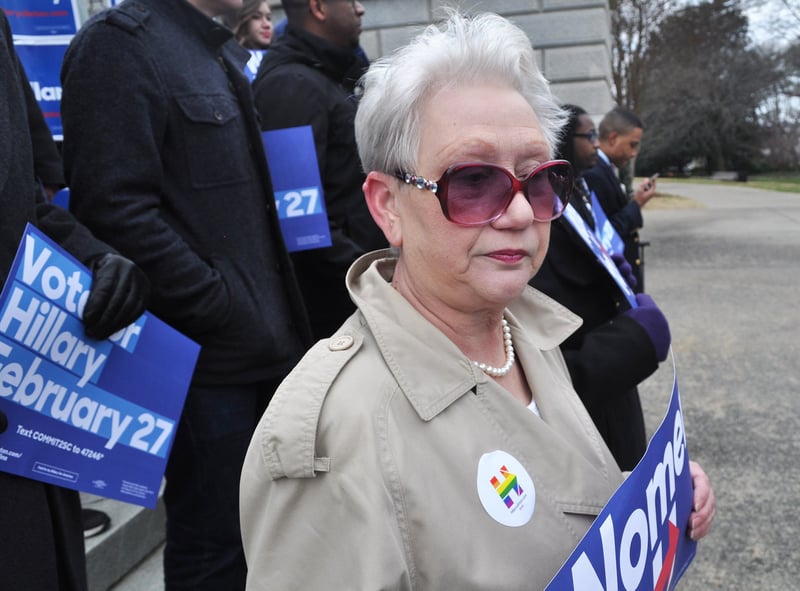 Gloria Wilson has volunteered with the Clinton campaign since last September. She is a strong supporter who believes Clinton will carry South Carolina. (photo by Colin Demarest) 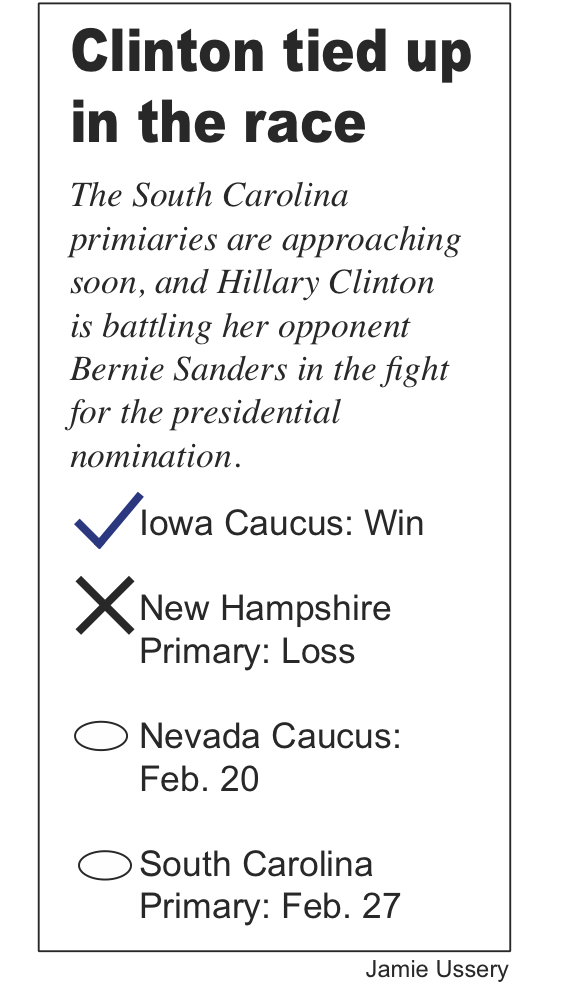 “Secretary Clinton is the only one that I believe that can get the job done, and that is why I am endorsing her today,” S.C. Rep. Todd Rutherford, D-Richland, said.

Sanders is proposing free college tuition that Rutherford says is, “not reality.”

“She’s going to do all that she can to make this world, make this country a better place. But she’s knows she has to work within the bounds of reality,” he said.

Janequa Huggins, a junior at the historically black Allen University, said she is undecided, but came out in support of Clinton at the news conference. She likes that Clinton will likely continue President Obama’s key policies.

But Sanders also appeals to her because he speaks on behalf of young people.

“He offers more for students,” she said.

Rutherford said young voters who might be leaning toward Sanders need to examine Clinton’s long record of public service.

“We are in the state that is going to show that Hillary Clinton’s base is much broader,” he said.

Tenia Holloway, an Allen University junior, supports Clinton for her stand on health care, noting that she will expand the Affordable Care Act, passed under Obama.

Gloria Wilson, of Columbia, volunteers with the Clinton campaign. Wilson believes “everyone deserves the right to go to the doctor and get better,” and Hillary can make that happen.

“I have lots of faith in her, and she has a good background,” Wilson said.

“I believe that we have to vote with our hearts and our heads if we intend to win the next election and intend to continue another eight years of Democratic domination at the executive level,” Rutherford stressed.

Clinton is currently predicted to win in the South Carolina primary coming up on Feb. 27.