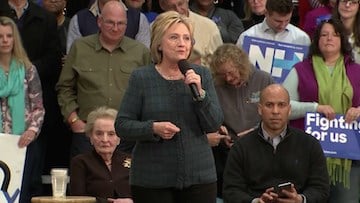 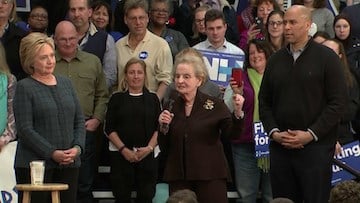 Former Secretary of State Madeleine Albright had strong comments this weekend for those women who don't support Clinton. 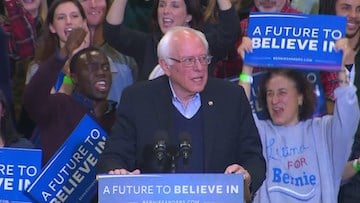 The South Carolina Democratic primary is next week and candidates are gearing up for trips to the state. Hillary Clinton's campaign, however, has encountered an unexpected problem – the female vote.

Recent polls from CNN-WMUR have Clinton down in the gender race as Vermont Sen. Bernie Sanders is currently leading Clinton by 8 percent in New Hampshire among female voters. In comparison, Clinton won the female vote during the Iowa Caucuses by 12 percent.

Former Secretary of State Madeleine Albright made headlines this weekend at a Clinton rally saying "there's a special place in hell" for the women who don't help each other.

"It's probably a little over the top and it's right to be a little uncomfortable with those kinds of feelings of having to vote for somebody based on their status," Sabbagha says. "She is right though that this is a historic opportunity for women to have a woman in the highest office of the land."

"I think that's kind of crazy that somebody would say that," says USC student Allie Warrick, who supports Sanders. "Educated women are going to consider who is the most qualified and who is going to do the best job. Not only to empower their gender but they need to take in consideration other factors as well."

Former President Bill Clinton also attacked the Sanders campaign this weekend. He pointed to the "Bernie Bros," the mobs of Sanders supporters who use crude language online to attack his wife's campaign. Sanders has since commented that the attack was "disappointing." No one who is doing sexist things is wanted with his campaign, he said.

Clinton is currently favored in CNN polls to win in South Carolina. Some campaign watchers may say she will have more work cut out for herself if she wants female voters to stop "feeling the bern."