Trump to bring rallies back to South Carolina - DatelineCarolina 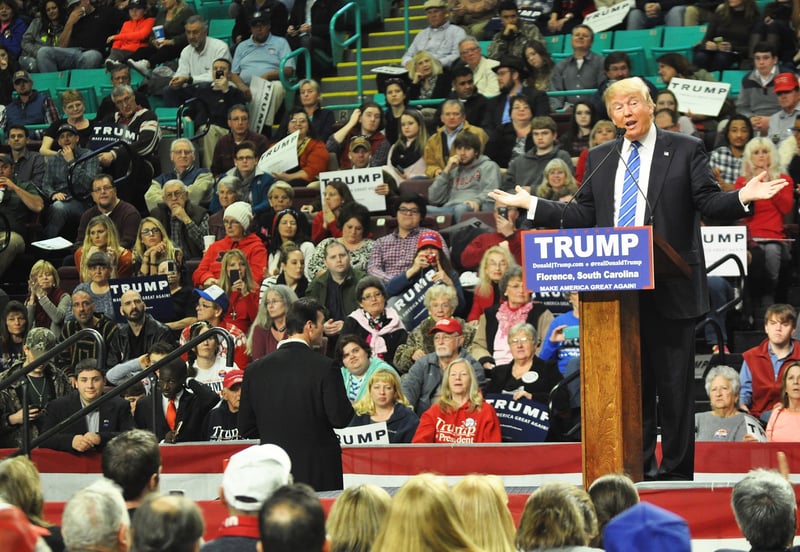 Trump to bring rallies back to South Carolina 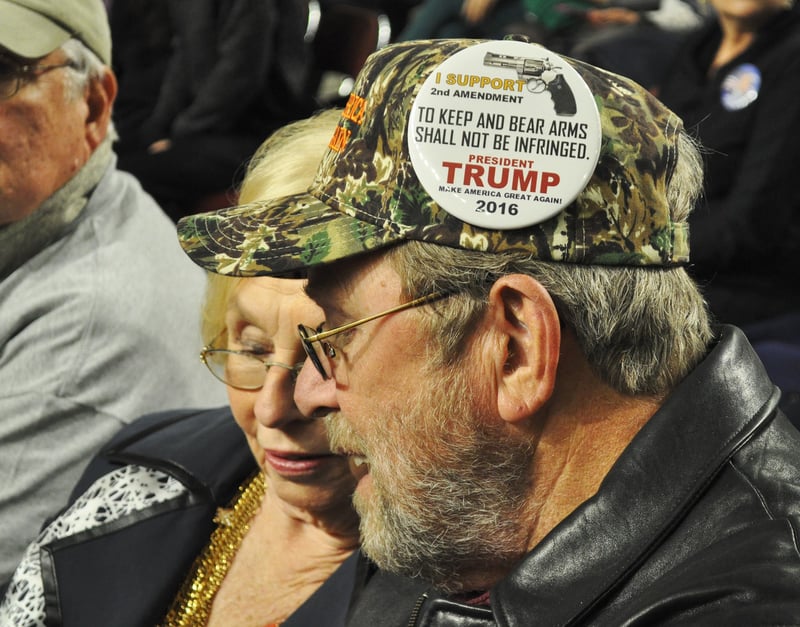 Many supporters demonstrated their specific support for Trump with pins they bought outside the event. Pins, like this one, parrot the candidate’s stances. (Photo by Colin Demarest)

Republican presidential candidate Donald Trump will return to South Carolina to hold a series of his booming, high-energy rallies, starting at Clemson University on Wednesday.

Trump’s Clemson rally, coming off a blitz through New Hampshire, kicks off a weeklong tour of the South that includes Baton Rouge, La., Tampa, Fla., Sumter, and Myrtle Beach, and culminates with the South Carolina Republican primary on Feb. 20.

During his speech, Trump stressed his history as a businessman and self-funded campaign during his hour-long speech in which he called attention to the lack of business expertise in the political world.

Boos echoed through the arena during mentions of President Obama’s policies on healthcare, refugees, and religion.

“I’m a unifier, I bring people together. We have a president who’s a divider,” said Trump.

Trump was introduced by Lt. Gov. Henry McMaster, who said he hadn’t seen such enthusiasm for a presidential candidate since the late President Ronald Reagan campaigned in the South.

Describing the present as “dangerous” and “different” times, McMaster stressed the importance of putting up the strongest candidate possible for the Republicans. McMaster is one of South Carolina’s highest-ranking politicians to endorse the billionaire.

“I think we should have come in first. A lot of things happened there,” said Trump.

He went on to compare his idea for a more fortified wall to the Great Wall of China, saying that it should be easy to build if the Chinese could do it 2,000 years ago.

“The world is tough right now. This is like medieval times,” he said.

Trump is polling well in South Carolina. According to the Huffington Post, he currently leads the SC Republican primary candidates with 36.4%, ahead of both U.S. Sens. Ted Cruz and Marco Rubio.