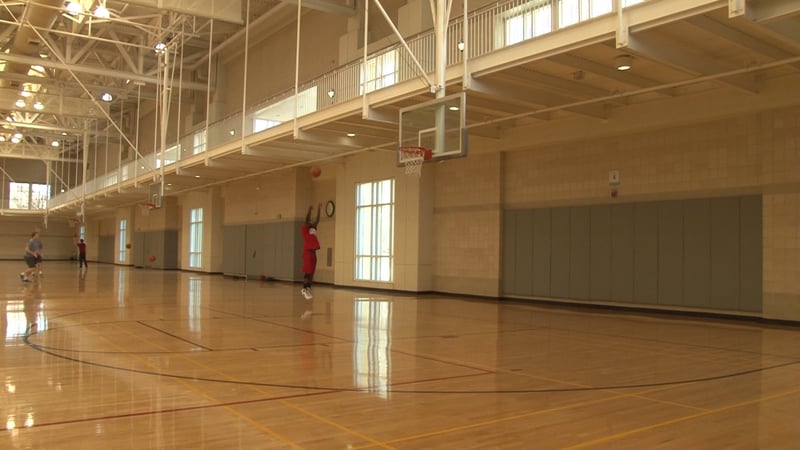 USC student doesn't let his handicap keep him from pursuing his passion. 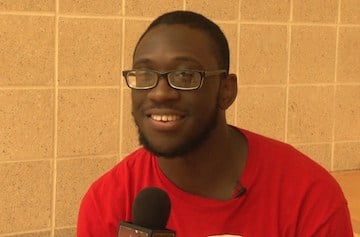 DeAngelo Stevenson encourages others to put their all into their passion. 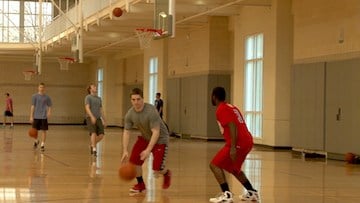 DeAngelo Stevenson, 'Dee' to his friends, loves the game of basketball. You will often find him on the far right court at USC's Strom Thurmond Fitness and Wellness Center.

Stevenson played basketball all four years of high school as a point guard and a shooting guard. He says, the game "just came naturally."

Despite natural talent, Dee was born with a disadvantage. DeAngelo Stevenson has a prosthetic right eye as a result of his premature birth.

In a quick moving sport like basketball, it is more difficult for him to cover his right side than the average player. His lack of peripheral vision meant that while playing point guard in high school Dee had to adjust, turning his head just slightly when passing to the right.

Fellow student Ryan Olive played one-on-one with Stevenson today. Olive was shocked to find out that his opponent couldn't see out of one of his eyes.

Even though Dee ultimately lost the match, he does not slow down. He pushes himself to play better daily, as he would much rather lose to another athlete than to a handicap.

Dee says, "Whatever you put your mind to, just go for it. Don't let anyone else tell you otherwise."