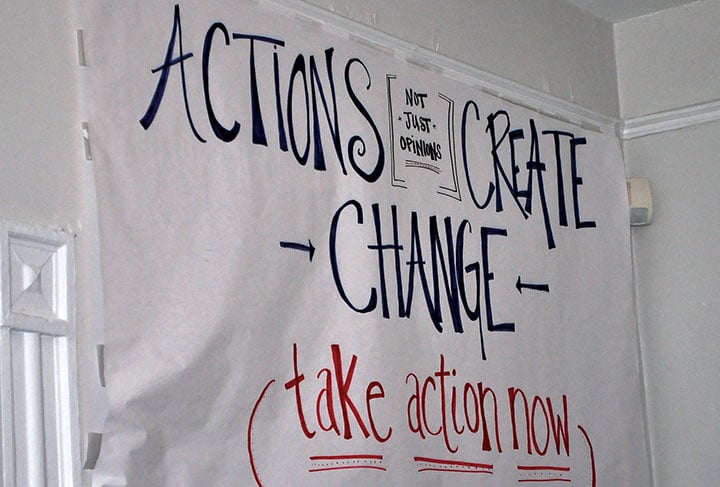 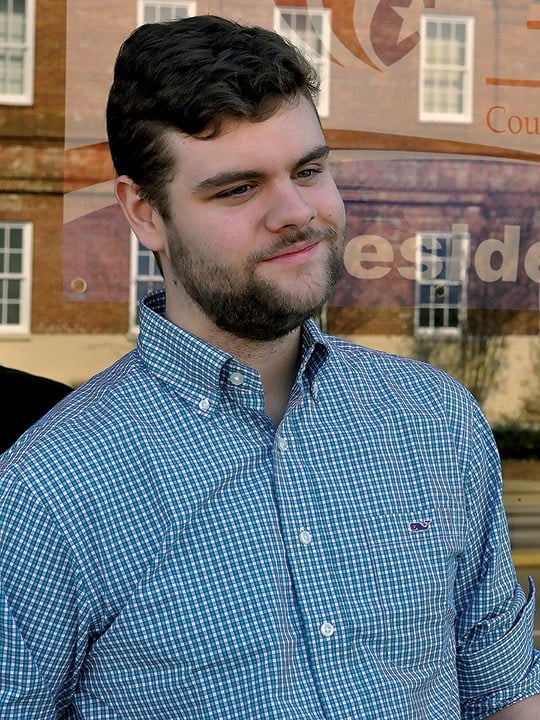 Andrew Gray said his fellow interns and volunteers for the Cruz campaign office have put in longer hours in the weeks before the primaries. They’ve worked hard on the S.C. campaign and Gray said he is expecting a victory for Cruz in the February 20 vote.

Elizabeth Wilson, who spends two nights a week making calls for the Clinton campaign, has noticed “much more positive energy” in the office leading up to the S.C. primaries. 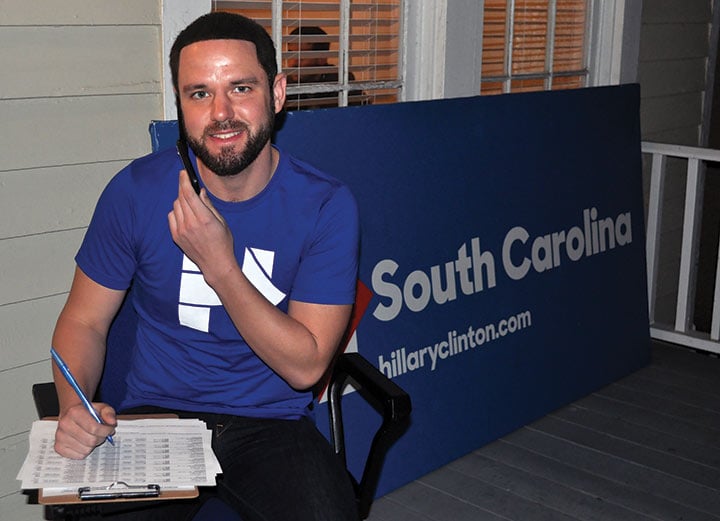 Douglas Waites, 27, emphasizes that even though Bernie Sanders’ campaign is most associatied with young voters, there are plenty of young people and voters of all age groups helping on Clinton’s campaign. 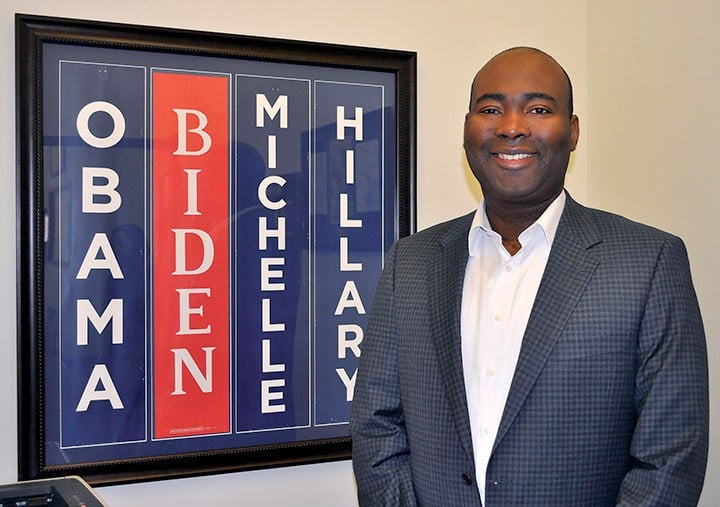 Leading up to the primaries, Jaime Harrison says that the race for the nomination this year is unlike any seen before. The S.C. Democratic Party’s Chairman said he hopes college students and young professionals will get out to vote this election season.

In houses and office spaces across South Carolina, volunteers and interns for leading presidential candidates chatter on telephones amid stacks of fliers and posters while campaign banners loom large on the walls.

The presidential race has become a race against time, with campaigners ramping up efforts to reach as many potential voters as possible before the state’s primaries February 20 and 27. 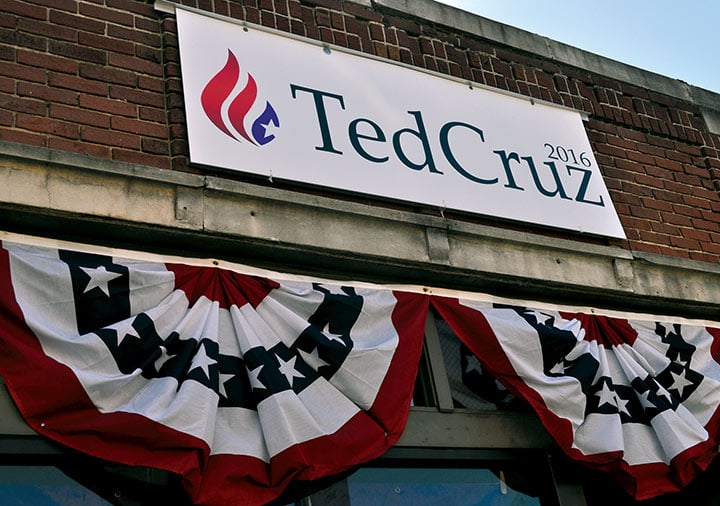 “We have college students, down to high school students;, we have families come in that’ll bring their youngest kids and put them on the phone and it’s really kind of cute to hear some of the calls,” said Andrew Gray, an intern for the Ted Cruz campaign at the Gervais Street office. “We have families that go door to door trying to support the cause, every demographic you can think of.”

This is Gray’s first political campaign. He was looking for an internship to supplement his economics major during his senior year at the USC and researched Cruz before determining it was a good fit.

Though Donald Trump is still favored in South Carolina, Gray is optimistic for Cruz’s success in the state, especially coming off a victory in Iowa that Gray described as crucial to the Cruz campaign.

In a small bungalow on Richland Street, the Clinton office bustles with activity throughout the day and night. Lawn signs are piled high against the wall and decorated signs with slogans like “Girls just want 2 have fundamental rights” are propped on fireplace mantels. A cardboard Clinton cutout, adorned with a stars and stripes scarf, oversees the constant background hubbub of phone calls by volunteers and interns each night.

“Things have amped up one hundred percent. We’re all so motivated to do that last phone call at 8:59 or knock on that last door,” said Megan Simmons, a part of the Clinton campaign’s fellowship program. The teenager, an aspiring journalist, is counting down the days until the Democratic primary. 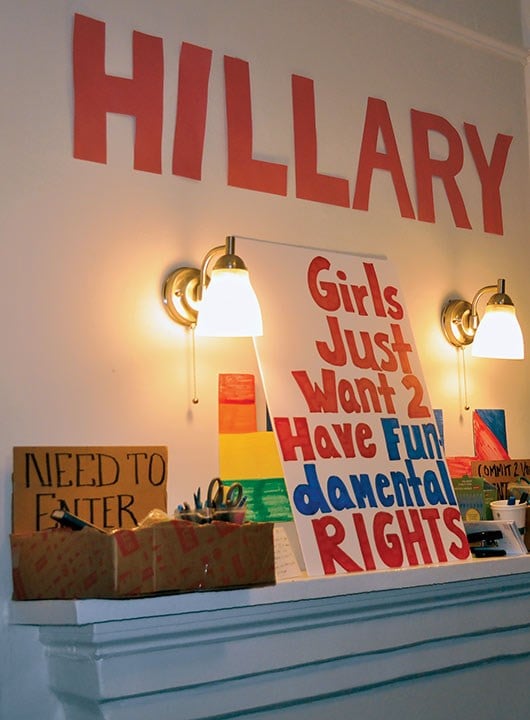 Simmons, 16, moved to Lexington from a Democratic town in Connecticut last year and said she was frustrated with the political conservatism of her new town. A call from the Clinton campaign in search of student volunteers gave her the outlet she needed and she took the opportunity to participate in a student phone bank last fall. From there, she applied and was accepted to become a fellow in January.

Simmons was drawn to the campaign because of Clinton’s policies on women’s issues and gun control, and said she hopes to see Clinton shatter the glass ceiling by becoming the first woman to win the presidency.

Douglas Waites, another volunteer with the campaign, was also drawn to Clinton because she is the most in-line with his principles.

“She is the only person I believe could handle the presidency at this point,” said Waites, who tries to spend two nights a week making calls at the campaign office.

Waites said he’s noticed there’s even more positive energy in the office within the last two weeks as the primaries approach. A self-described extrovert, Waites said the energy of the room is helpful in motivating everyone to keep working hard for the campaign.

Now, in the last few weeks before the primaries, Simmons spends four or five days a week after school at the campaign office, calling potential voters.

“Personally, I’m working hard to make all my goals so I know I’ve done everything I can to help Hillary get elected,” said Simmons, a junior at River Bluff High School. “Hillary is the original feminist!”

Jamie Harrison, the South Carolina Democratic Party chairman, is especially encouraging younger citizens to make sure their voices are heard in the upcoming primaries. He said his goal is to ensure everyone registered to vote understands the process of the primaries to make sure their vote counts for the candidate that most reflects their values.

“I think for young people, there are so many issues, not only student loan debt but health care and all these various issues that I believe can impact the quality of your life,” said Harrison.

“I’m hoping that college students and young professionals in general will pay very close attention to what is being said by both parties and all the candidates in the parties and pick the best person that best reflects the values that we all have.”