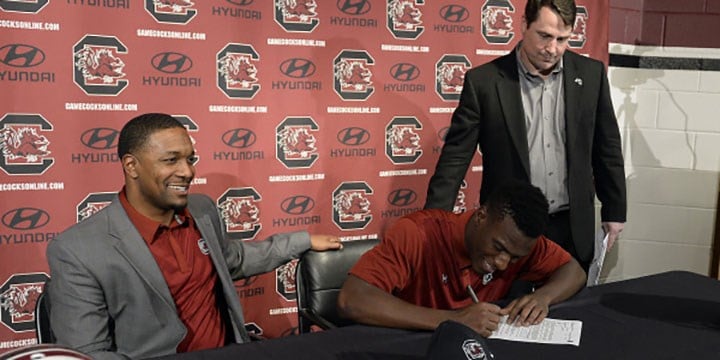 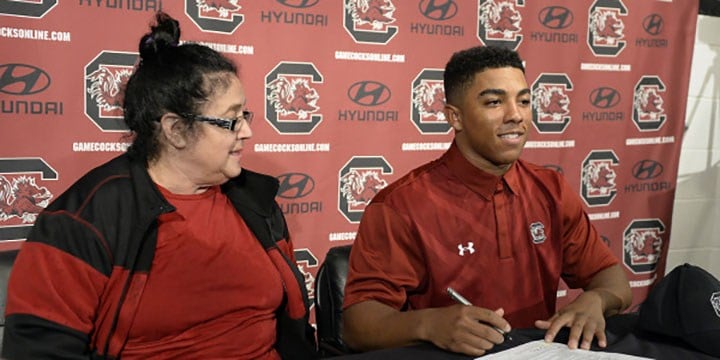 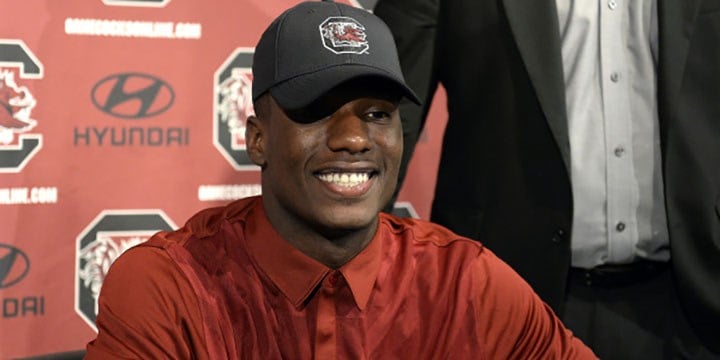 Bryan Edwards out of Conway similes, after he signs his letter of intent.

The Gamecock's recruiting class foundation was shaky after, Steve Spurrier announced his retirement. Several prospects considered other options, including prized QB Brandon Mcllwain who was thinking of entering the MLB Draft.

Muschamp was able to keep Mcllwain on board and landed other key prospects as well. He also credited current players for their recruiting efforts as well.

"That says something about their commitment level to do a great job for our program, understanding that to get a good player is key to a lot of what we do," Muschamp said,

South Carolina's class finished with 26 commits. The class included five 4 star recruits and twenty 3 star recruits. The website 247 Sports ranked the Gamecock's recruiting class as 26th best in the nation and 10th in the SEC.