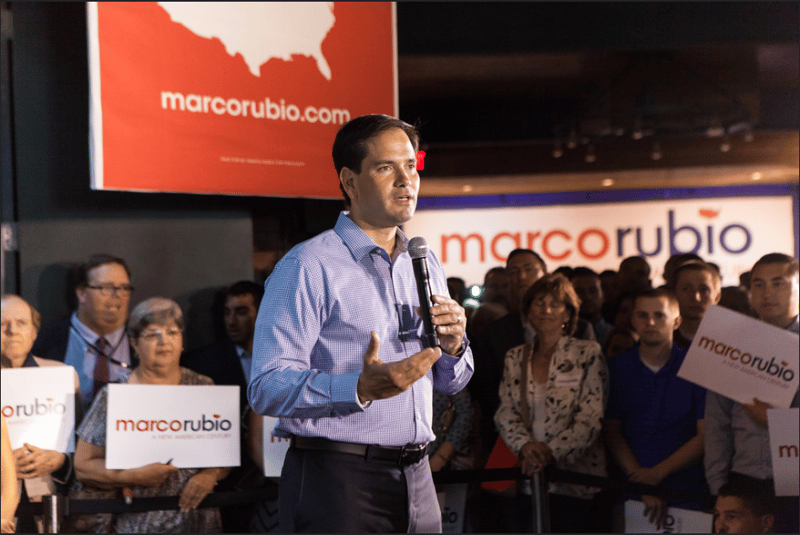 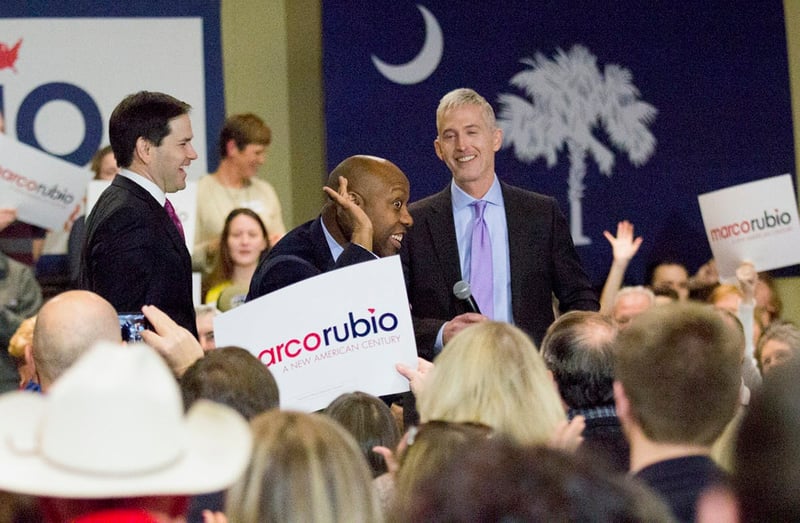 Florida Senator Marco Rubio is one of the consensus front runners for the 2016 Republican party nomination. Rubio, the 44-year-old junior senator follows Donald Trump and Ted Cruz in the latest NBC / Wall Street Journal poll and is the youngest of the GOP candidates. Establishing himself as the reasonable Republican opponent for Hilary Clinton, Rubio has used his stances on gun rights, immigration and terrorism to paint a picture of what he calls, "a new American century."

In advance of this year's first ballots being cast, Rubio is once again in third in Fox's Iowa poll. The senator's success among Iowa voters is reflective of the national appeal of his message. Throughout his campaign, Sen. Rubio has stressed his desire to protect the second amendment, while also securing America's boarders and exploring options to take down what he refers to as "radical Islamic terrorism." On occasion, Rubio has looked back to his time in the Senate as a look at how a President Rubio administration would operate. However, while Sen. Rubio's time in the legislative branch offers an element of credibility to his campaign, it has also come with it's own set of problems.

Rubio has been accused multiple times by virtually the entire Republican field of missing votes in the Senate while being on the campaign trail, creating a narrative that suggest can not or he is not best serving his constituents in Florida. By the facts, yes, Rubio has missed several votes. However, the numbers and the narrative created around them are a bit deceiving. According to govtrack.us, Rubio has missed 120 of 314 roll call votes in the last year alone, being absent for roughly 38% of his votes. This number pales in comparison to Sen. John McCain who during his bid for The White House in 2008, missed 247 votes, totaling a roughly 58% rate of abstention.

Other strikes against Rubio include the idea that he is too young and inexperienced to serve as Commander-In-Chief. To combat this notion, Rubio has released television and radio ads across key primary and caucus states that paint him as stern leader, highlighting his intentions of taking down ISIS, if elected. Lastly, as surprising as it may seem, the Cuban American Miami native has taken fire for his stance on immigration, primarily when it comes to differing from the second place candidate, Senator Ted Cruz.

The Rubio campaign has recently taken a unique stance on these narratives by releasing a new ad, mocking some of the allegations against him. The ad features individuals in campaign shirts for Cruz, Bush, etc. making statements about Rubio such as "Marco Rubio once took 11 items through the express line." This approach of painting the candidate as larger than the petty political jabs that come with campaigns has several benefits. For Rubio, he looks more mature and above what his competitors are saying about him, as if it were child's play or schoolyard chatter.