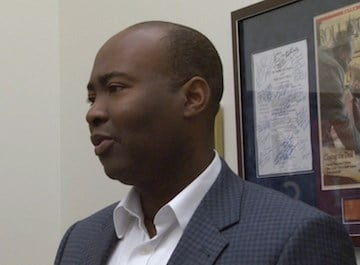 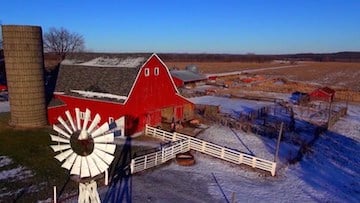 Iowa is known for its rolling plains and cornfields.

The Iowa Caucuses are just hours away and South Carolina Democratic chair Jaime Harrison encourages South Carolina citizens to vote for the candidate that best represents their values.

Harrison recalled the debt he incurred in law school and urges college students and young professionals to think about student loan debt, healthcare and other issues that can impact their quality of life. Harrison says things like student debt are huge hurdles to really get into life, so voting for a candidate that stands for your values and causes is crucial.

Above all, Harrison hopes that voters, particularly younger voters, will pay close attention to what is said by both parties and by all candidates before placing a vote.

The inaugural votes of the 2016 election will be cast tonight in Iowa. The Iowa Caucuses have been called the first real contest of 2016, setting the the presidential primary in motion.

After reviewing the polls and talking to campaign staffers on both sides, Harrison suspects tonight's race will be a close one.

Former Secretary of State Hillary Clinton and Vermont Sen. Bernie Sanders are neck and neck in the polls and Harrison calls the Democratic primary a nail biter. Both candidates are pushing for last minute support, especially from first time voters.

Harrison is more certain about the outcome of the Republican nomination, interestingly enough.

"I really do think Donald Trump will win tonight. We will have Ted Cruz coming in a close second," the Harrison says.

A win in Iowa could push a candidate all the way to the presidency. Harrison says as long as a candidate has a strong showing tonight, that momentum can be carried on through New Hampshire, South Carolina and beyond.

Iowa is just the beginning, so is the Iowa Caucus significant in the grand scheme of the 2016 presidential election? Yes and no.

Yes, because it is the first chance the American people get to cast a vote for their favored candidate. No, because Iowa is 92 percent white and with a strong evangelical community.

Harrison predicts that the overall voting pool for the presidential primaries will be incredibly diverse.