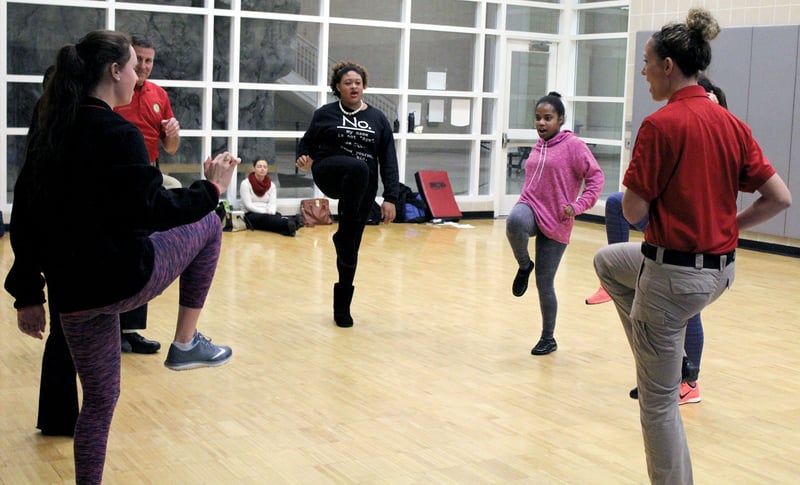 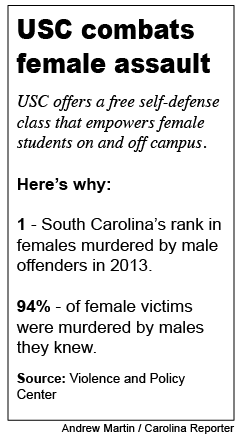 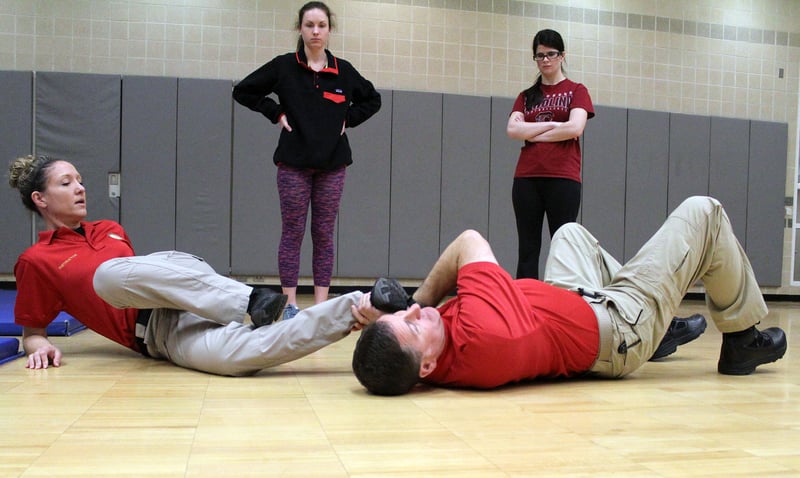 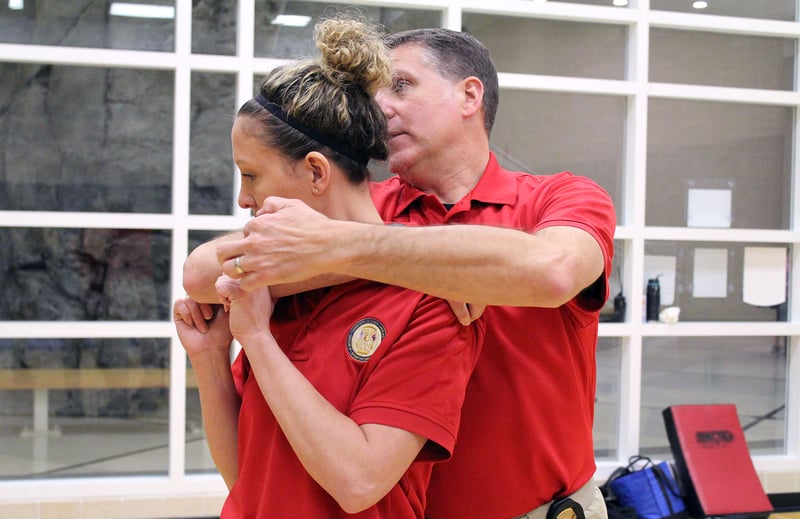 By Andrew Moore and Andrew Martin

A strong, unified chorus of “NO!” resonated through USC’s Strom Thurmond fitness center on a recent winter afternoon, alerting the curious that this was no ordinary workout.

The powerful sound radiated from a small group of five women learning self-defense. And their teachers — Sgt. Jessica Velders and Patrol Officer Steve Inmon of USC’s police department — say it’s all about empowerment.

“I enjoy seeing the ladies when they leave here, how they feel empowered. And they have come back here and told us success stories and told us how they feel like they can take care of themselves now,” Velders said.

Freshman media arts major Brooke Keppy said she took the class because it would allow her to “be comfortable walking by myself and not have to look behind my shoulders."

The university’s classes follow the teachings of Carney and are taught four times a semester. They are designed to teach students counter-attack sequences, hand strikes, elbow strikes, kicking techniques, and knee strikes.

The classes are important to South Carolina women because the state is ranked worst in the nation for deadly violence against women, according to a report by the Violence Policy Center, a non-profit that advocates for gun control and researches violence.

The classes may be even more important for college-age women.

According to the U.S. Department of Justice, “women between 18-24 years of age are at the greatest risk for intimate partner violence” and “19 percent of undergraduate women reported experiencing completed or attempted sexual assault since entering college.”

On-campus violence at the University of South Carolina, however, has recently decreased.

Velders said there are fewer cases because “people are being more vigilant about their surroundings” and are being “educated to defend themselves and report things to law enforcement if things are out of the ordinary.”

Some students say they’re not worried about on-campus violence as much as surrounding areas and neighborhoods.

“Sometimes if you get too far (from campus) it gets a little too sketchy for me,” said Savanna Neeley, a senior public health major.

The free classes are held in Room 116 of the Strom Thurmond fitness center once a month from 12 p.m. to 4 p.m. The next class will be held on Friday, Feb. 19.