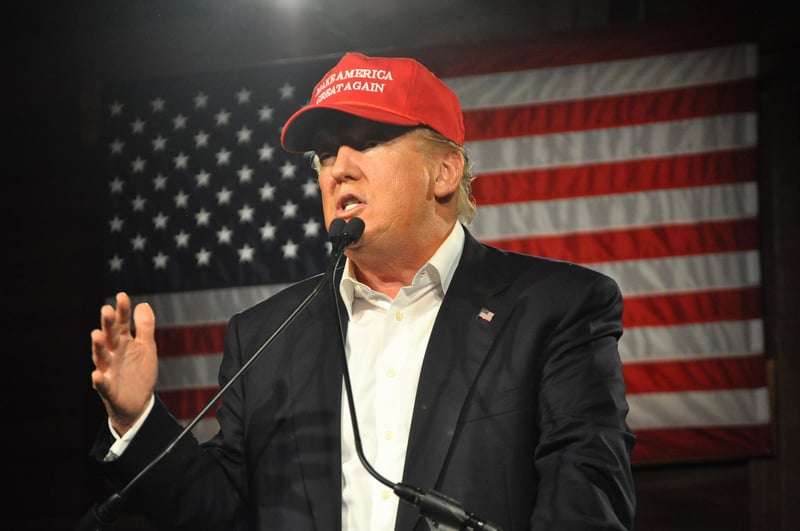 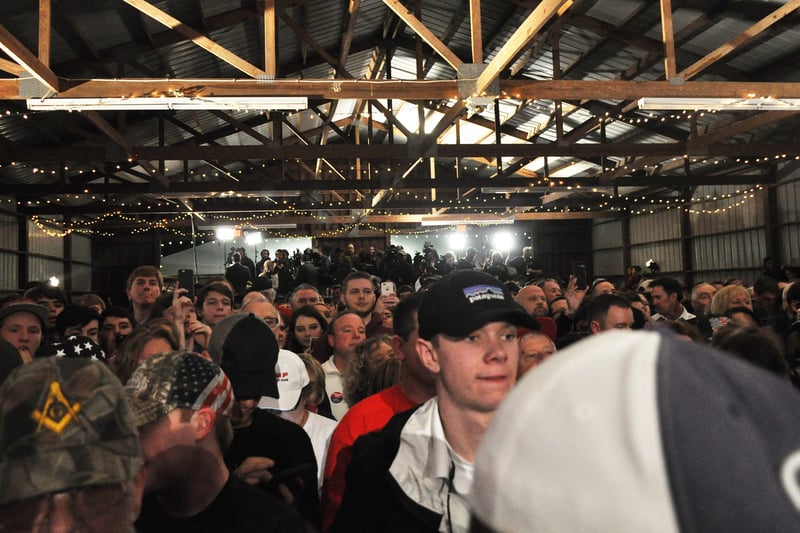 By Colin Demarest: Camera lights drowned out the hanging Christmas lights as a bank of reporters and people eagerly awaited Trump's arrival. The crowd, stuffed into a Gilbert, South Carolina barn, chanted "Trump!" louder as the clock apporached 7 p.m. 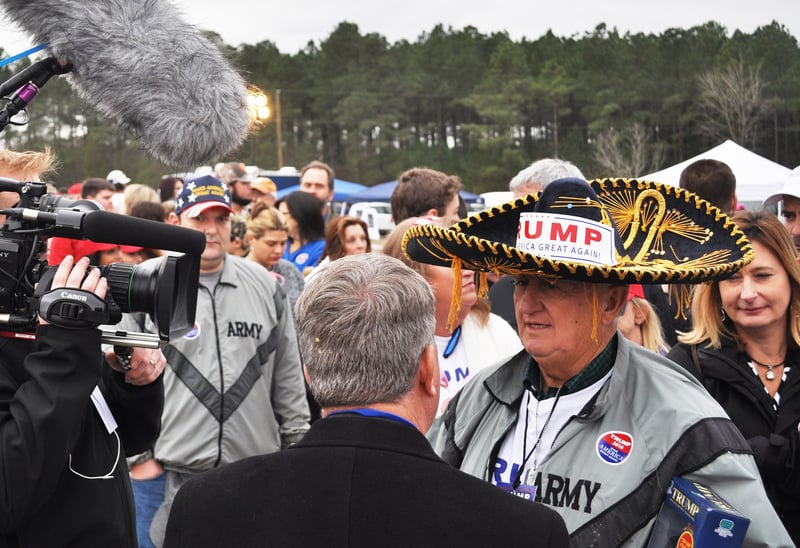 By Colin Demarest: Jim Yates, in the sombrero, is a self-proclaimed Trump super-fan. A Vietnam veteran, Yates believes Trump "cares more than most candidates about vets," and appeals to South Carolina voters "because he's just real." 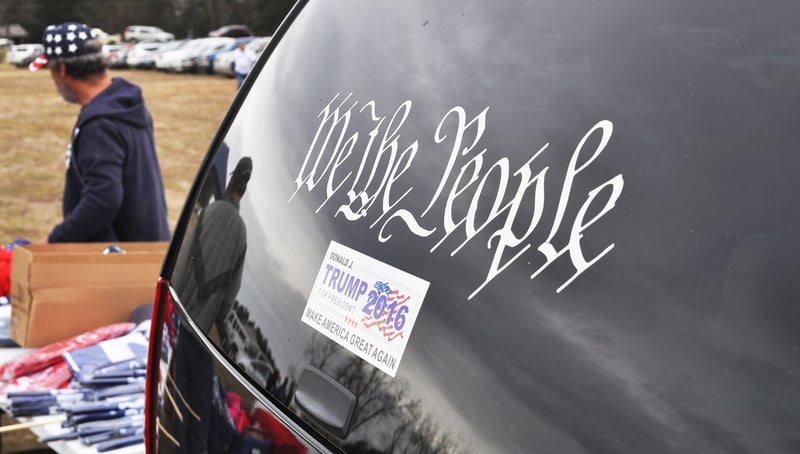 By Colin Demarest: There were a handful of salespeople at the Trump rally in Gilbert, South Carolina Wednesday night. Most sold stickers and pins – flags were sold as well, even though they were not allowed inside the venue.

GILBERT - Who would have thought that a business mogul from New York running for President could appeal so well to a raucous South Carolina crowd jammed into a picturesque barn?

Republican presidential candidate Donald Trump held a rally at Harmon's Tree Farm on Wednesday night, just five days before he competes for votes in the Iowa caucuses as the party's leading candidate.

A few thousand Trump supporters packed a barn decorated with hay bales inside and tractors parked outside.

So why Trump? Why support a man with no political experience and instead, a business resume to his name? Because South Carolinians believe he stands beside his campaign slogan – "Make America Great Again."

“He believes in the American way,” said James Brunson, a Trump supporter. “We need some backbone. We lost the backbone because of our current leadership.”

Confident in “sweeping” the early caucus and primary states of Iowa, New Hampshire, and South Carolina, Trump credited the Palmetto state as being the supporting pillar of his campaign.

“South Carolina has been with me from the beginning,” Trump said to a crowd of predominantly white supporters. “Whenever I needed a little solace, when we thought maybe some of the polls weren’t looking so good, we came over here and South Carolina was always a big, big margin; amazing people.”

Embracing his inexperience, Trump admitted that campaigning is difficult, but felt that something needed to be done, saying that the country does not win anymore.

“It’s hard to do this, I’ve never been a politician before,” he said. “Too many things were happening, too many bad things.”

Trump left South Carolina with a huge endorsement from Lt. Gov. Henry McMaster, a well-regarded Republican in the party establishment. It is an endorsement that Trump hopes will solidify his lead before the Feb. 20 South Carolina GOP primary.

In front of a backdrop decorated with produce and a “Certified SC Grown” logo, he said American farmers were not being treated fairly, illegal immigrants receive better healthcare than war veterans, China is controlling trade, and his largest threat for the Republican nominee, Ted Cruz, is not constitutionally eligible to call the Oval Office home.

The packed audience was also supportive of Trump’s decision to back out of the Fox News Republican debate in Iowa on Thursday night because of the back and forth comments he and Fox News anchor Megyn Kelly have had.

After 10 scheduled events across Iowa and New Hampshire, Trump returns to South Carolina on Feb. 5 at the Florence Civic Center.