New home of S.C.'s Confederate flag is more than a shrine to the - DatelineCarolina 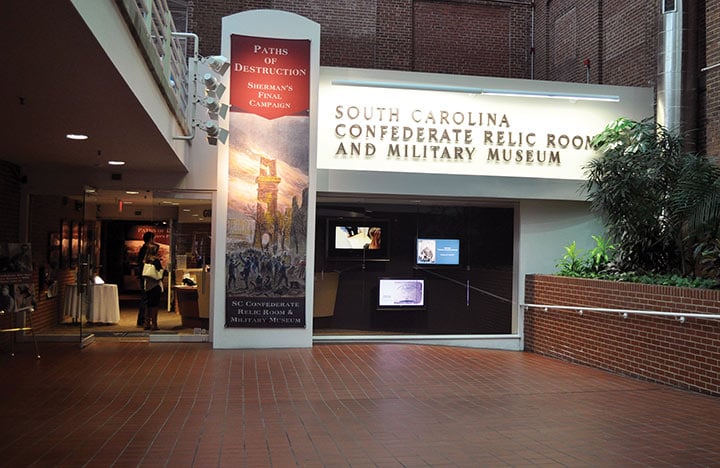 New home of S.C.'s Confederate flag is more than a shrine to the Old South 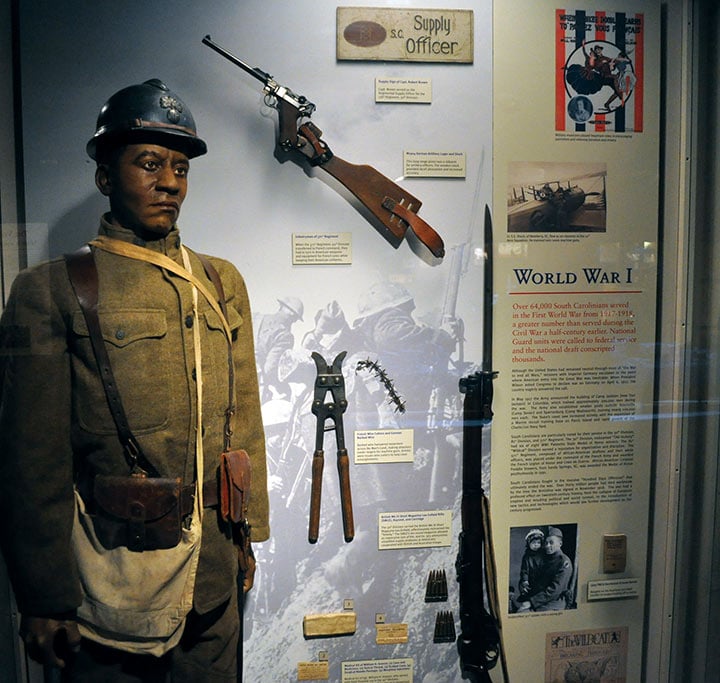 A WWI soldier of the 371st Infantry. The Confederate Relic Room includes military history from the Civil War to the present day. 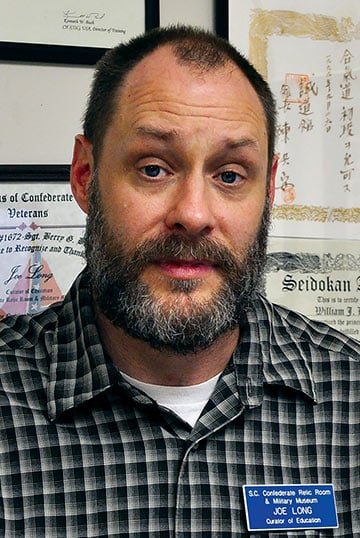 Curator of Education Joe Long has been at the S.C. Confederate Relic Room since 2002.

By Anthony Scannella and Charnita Mack

The lights are set low, except for the glow of a replica fire that illuminates a pair of mannequins dressed in 19th century clothing.

“The best thing about burning down the city with one button is you can rebuild it with another,” says Curator of Education Joe Long as he leans over a computer screen showing a map of the burning of Columbia.

In the S.C. Confederate Relic Room and Military Museum, tucked away in the back of the S.C. State Museum, a receptionist sits at the front desk waiting to greet visitors. Only on this rainy day, there were few who came through the door seeking a vision of the past.

The museum, founded in 1896, holds the last Confederate flag that flew at the Confederate Soldier Monument on the state capitol grounds, but the flag is nowhere in sight. The Relic Room has been tasked by the S.C. legislature with giving the banner an “appropriate display.”

Some lawmakers are worried about the high cost of a proposed $3.7 million expansion to the museum to house the display. Rep. Chip Limehouse, R-Charleston, has suggested that the flag and the Confederate artifacts could be displayed with the CSS Hunley in North Charleston, or a new museum built in a different location to attract more visitors.

But for the last six months, it has been hidden away in a prep room while decisions are being made over what exactly “appropriate display” means.

The museum isn’t just a monument to the Confederacy, like some may think. It holds years of S.C. military history, from the Revolutionary War to the war on terror.

The Civil War is a large part of the state’s military history, but early on the museum’s founders decided it wasn’t the entire history, Long said.

The museum is largely comprised of special exhibits that tell the history of South Carolinians in other wars, post-Confederacy.

Long says the museum’s wide range of maps, flags and displays attract different kinds of visitors. This includes people from the South with family connections to the history and people from as far as the West coast.

“But our bread and butter is the schools,” said Long.

The exhibits are tailored to fit the state’s standards in history and Social Studies, making it the site of many school field trips.

The Relic Room has had national media attention since it was named the flag’s new home. Some people have concerns that the museum isn’t a proper home for the flag because of its low visibility.

The issue of the flag’s display has brought unusual political discussion into the museum. Long says the museum is more of a military history museum than a political one and usually avoids such controversy.

Long says questions like what caused the Civil War will keep historians in business forever but their job is strictly military history.

Until decisions are made about how to display the flag, the Relic Room will continue to educate on the state’s military history, and the flag will remain out of sight.