VOICES FROM THE FLOOD: Weeks after the flood, eerie silence and - DatelineCarolina 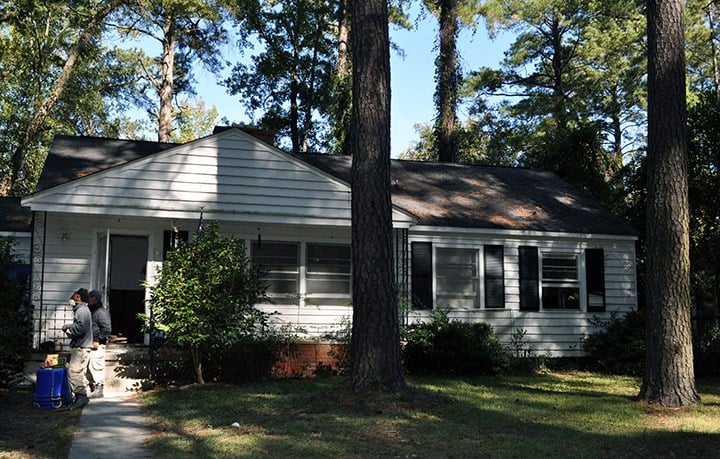 VOICES FROM THE FLOOD: Weeks after the flood, eerie silence and empty houses 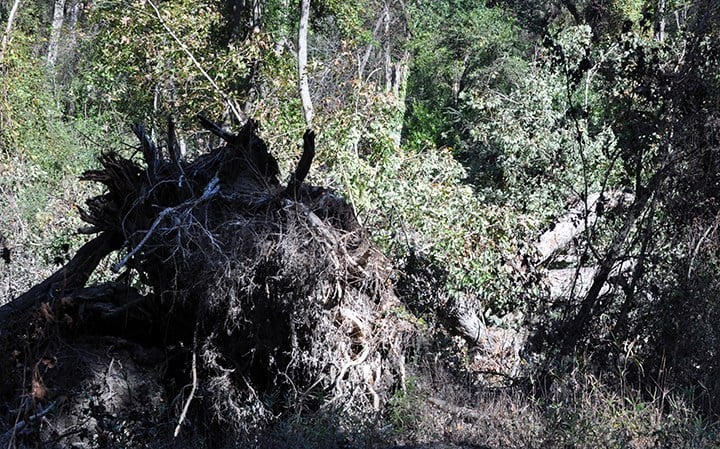 The Shady Lane Swamp behind Downing Street, which flooded multiple homes on Oct. 4, is now dry and empty.

A ghost town feeling permeates the air along Columbia’s Downing Street. Cars are gone from driveways and most of the houses are dark at night.

It has been more than a month since floodwaters ravaged this small neighborhood near Fort Jackson, but recovery has moved at a slow pace.

Some residents, including Kenneth Styer and Debra Walker, have decided to abandon their water-damaged homes or cancel their leases and move away. Others, like Steve Cohen, say there were fortunate enough to be financially able to put their homes back together - even before insurance came through with their payments.

“There’s only two of us (neighbors) here at night, and Columbia police patrol the street constantly,” said Cohen, who is planning on staying put and finishing the rebuild of his home.

Up the street, his neighbor Styer made the difficult decision to abandon the home that he shared with his parents while caring for them before their deaths.

“I’m not rebuilding my house; I’ve moved out. My insurance only offered a tiny percentage of what it was going to take,” said Styer, an independent archaeologist who has moved back to Greenville County and is currently working on completing his law degree. “My story is the same as everyone else’s, and my neighborhood is a ghost town.”

The brunt of the flooding and damage in Richland County occurred on Oct. 4, prompted by historic levels of rainfall and broken dams across South Carolina.

Cohen said he and his neighbor across the street had the financial means to rebuild their homes immediately after the flood, and he hopes he will be reimbursed by his insurance company.

“As soon as I got my building permit, I got to work. I put the insulation in and then came the sheet rock, which took longer than it should have because it was raining and I had no heat. That took a week. Now I’ve started painting, doing the flooring, putting in kitchen cabinets,” he said. “So I’m 90% done, the only delay is choosing my bathroom tile.”

But for others, like Betty and Frank Guerra, waiting for the insurance payments are keeping them from coming back to their longtime home.

Bobby Greene, the Guerras’ son, said his parents are settled in his home and he feels fortunate that he was able to give them a place to live after their house was gutted with the help of volunteers. But now, they’re facing hurdles before they can start rebuilding.

“The question mark is, it’s been a month, and we’ve called contractors but we still haven’t gotten a first bid,” he said.

The Guerra family is also facing the financial task of having to elevate their home by two feet because of floodplain regulations. Greene said originally he and other neighbors were excited when they found out about a program referred to as “LOMR,” which stands for Letter of Map Revision. That program would enable homeowners to request that their property be removed from the flood hazard area.

“We were excited about LOMR, which would basically allow us to build and not elevate our property. But it requires a flood certification survey to be done, and we realized it’s not a good deal,” he said. “We realized we would be able to build and get permits, but we’d be facing without a doubt a very expensive flood insurance policy in 2016. So now we have to elevate.”

Greene added that although his parents accepted an initial monetary offer from FEMA, they’re planning on challenging that amount. But he has no complaints working with the federal agency, and was impressed when they called his parents and checked in throughout the weeks following the flood.

“I try to keep my parents from stressing, but I’m stressing. Now we have to sit back and think how much is it to elevate? And then we’ll also have to make the house accommodating and handicap accessible for my mother, who’s in her eighties,” he said.

Greene also hosted Thanksgiving at his house this year, a departure from the extended family celebrations his parents held for years on Downing Street. Although he said Christmas Eve has almost always been celebrated at his parents’ house, that will have to change too.

“It’s been a roller coaster. I sit back and think, ‘How lucky am I to be able to offer them a place to live? I can’t complain,” he said.