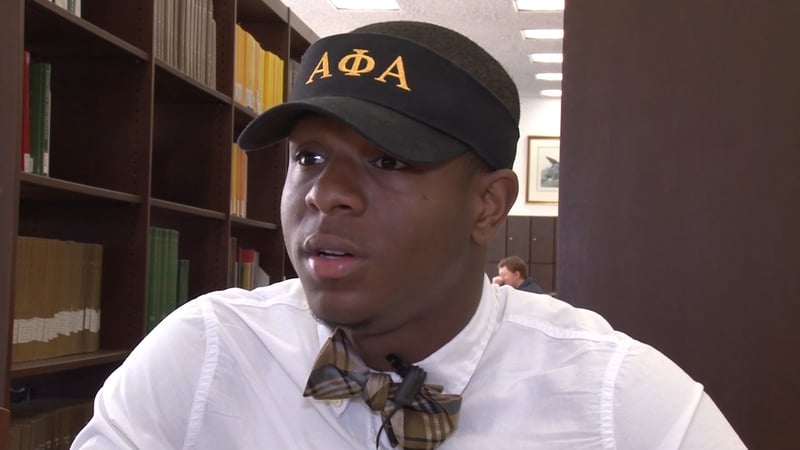 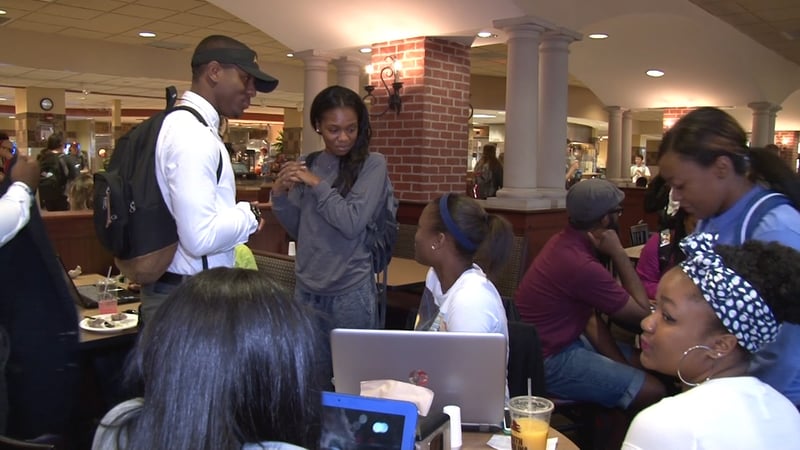 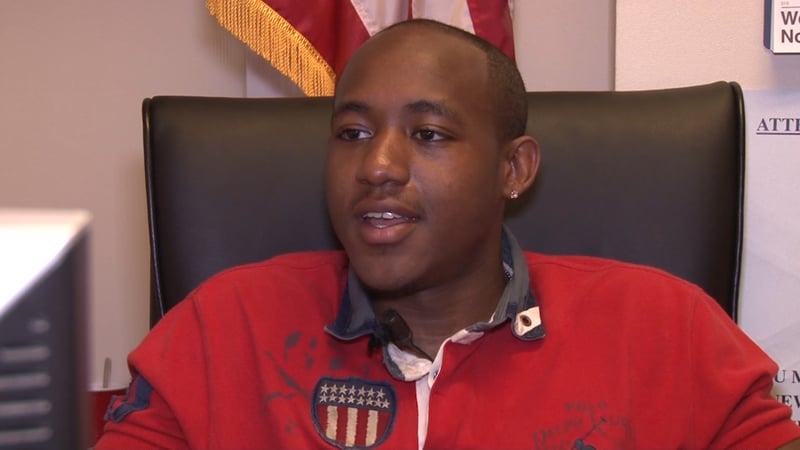 Robert Green says help is available to the student veterans at USC. 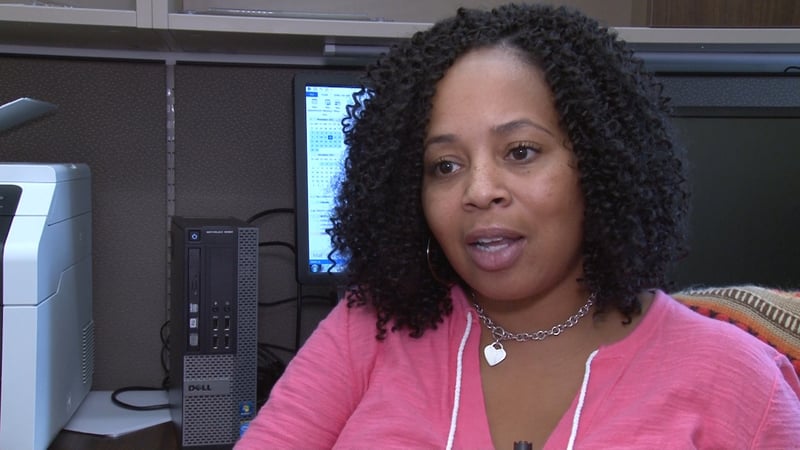 Nicole Ball says the transition experience is unique to each individual soldier.

Military veterans have to deal with several issues when returning to civilian life.  Student Veterans have their own unique set of problems when transitioning to a school setting.

There are over 1,000 student veterans at the University of South Carolina, less than 10 percent of the student body.

Carlos Washington is a senior criminal justice double major, and one of the student veterans at USC.  The 22-year-old joined the army and was deployed soon after graduating.  He served a year in Afghanistan, and six months in Italy.  While there Washington was a police and mostly guarded  army prisoners.  He did see a roadside bomb go off, but says other than that he didn't see much action.

Washington  and other members of his platoon  often spent  their downtime playing cards and hanging out.  Washington says they really didn't go out there.  Their daily activities weren't necessarily the same types of activities some college students might enjoy.  So when Washington came to USC, it  was a change of pace for him.

This caused him a slight difficulty easing into his new setting.  Some of the people he encountered had different ideas about fun.

"Like you wanna go out. Go to the club or  to the movie or something like that . It was like I didn't really wanna do it because I was over there for a year doing the simple stuff.  Then got back here trying to  do all this exotic stuff I didn't  really wanna do it," said Washington.

Another surprise to Washington was the class sizes.   The smaller groups that he was used to in his military life didn't transfer over into this new college setting.

Washington eventually was able to make new friends, where he was able to fit right in.  He met people who didn't ask him or require him to do things he didn't necessarily want to do.  Washington was able to figure that out on his own, but when he needed help filling out his  G.I. paperwork he visited the on-campus veteran service office.  He says they were very helpful.

For those student veterans  who might need a little bit more assistance that office is available to assist them.

USC's Office of Veteran Services is dedicated to help those students that served, and are now pursuing their education.  The office serves as a liaison between the campus and veterans.  They assist with completing paperwork, offer tutoring and general help to generally help get the ball rolling on their benefits.

Robert Green, is an Iraq war veteran, who works at the office to help other veterans.  He understands their specific needs like a less structured daily schedule.

"And you pretty much know your schedule from day to day.  So you know that you're going to do PT 6:30 in the morning.  That most the time you're going to go to work at nine, get off at five.  But, out here in the civilian sector it's just different things that you have to do," said Green.

That adjustment can take some time, and each individual experience is different.  The office does not offer in-house counseling, but they can direct students in the right path.

USC's College of Social work not only offers programs designed to assist its veteran population.  The programs study and focus on how to help veterans once they return to civilian life.  Some of the faculty have previous military experience themselves and gives them a unique insight on the issue.

Nicole Ball, a veteran herself, is  a Program Coordinator at the College of Social Work, who works closely with veteran affairs.  Ball retired from the United States Army after 20 years of service so she is familiar with the obstacles that some face when entering school.

"It really depends on the soldier.  A lot of soldiers now days with the different type of educational programs that the military is offering are already attending school while serving.  So for those soldiers a transition wouldn't be too much of an issue.  Not just because they offer online classes, but soldiers do have the chance to attend class physically,"  said Ball.

Ball also says whether or not the veteran is able to make a smooth transition to being a student depends on the support system they have.

Washington has found that support system.  He has friends that he hangs out with at  the Russell House Student Union.  He is doing well in his classes, and graduates in May.  He wants to use his social work degree to  work at a hospital and help others.   Washington also  plans to go full-time active in the army, where he will continue his journey.