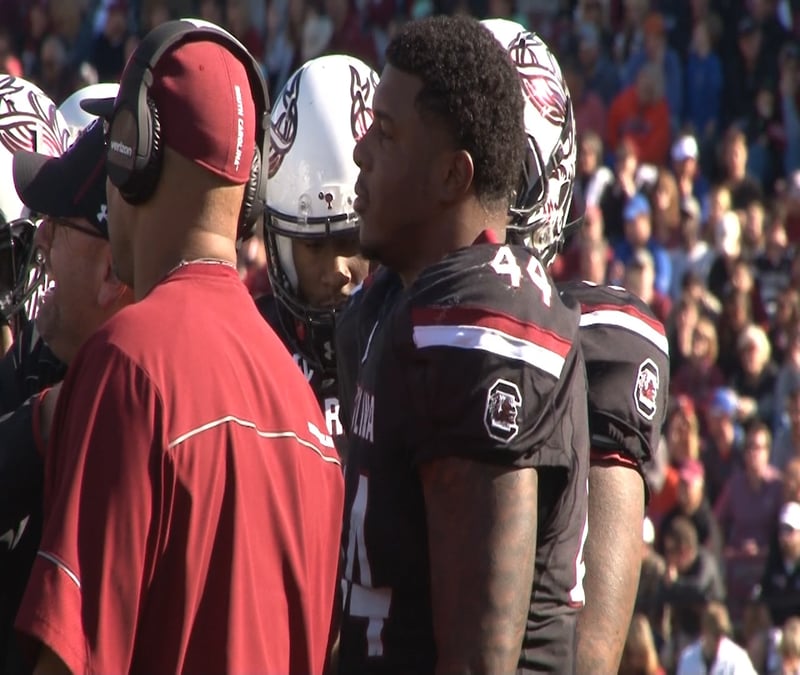 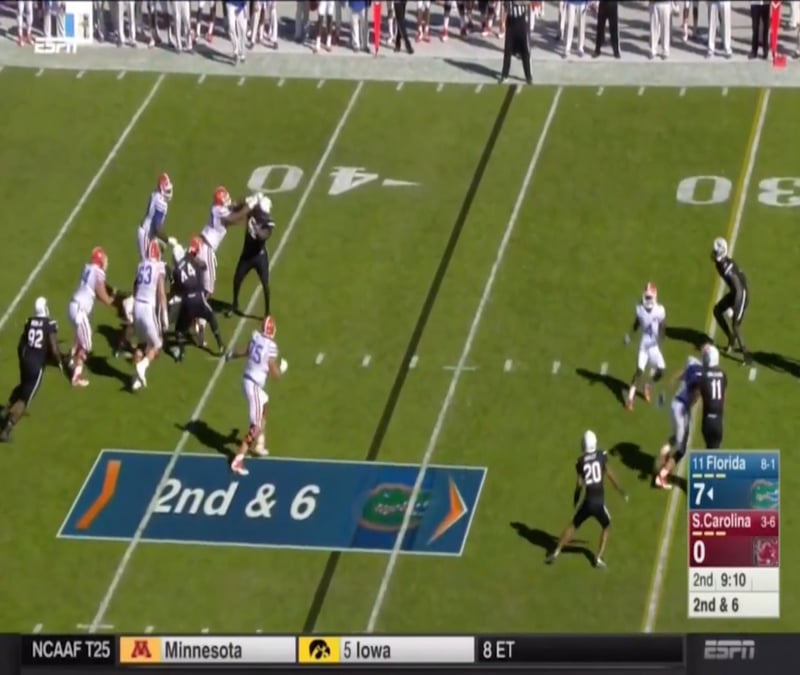 Dixon sacks Gators quarterback, Treon Harris, the beginning of the second quarter against the Florida Gators. 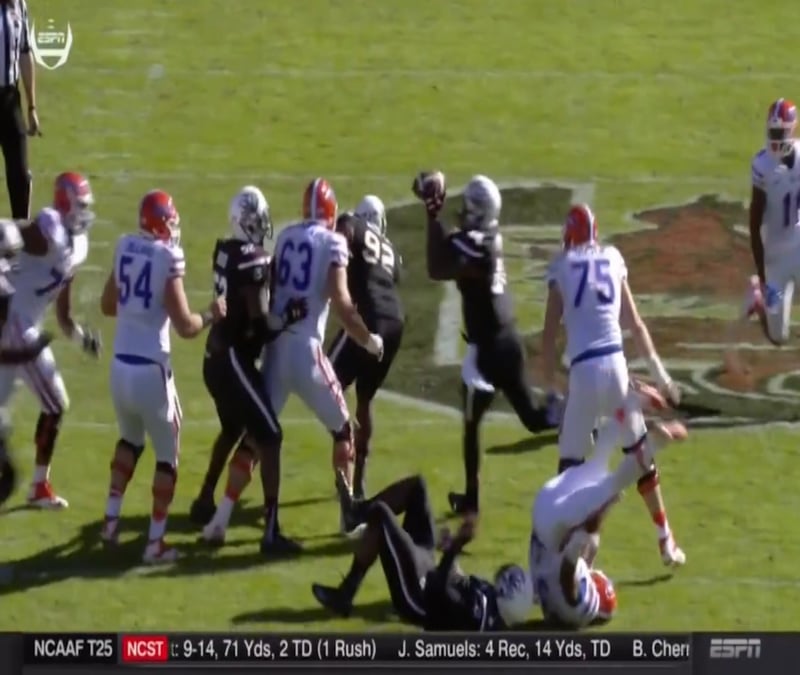 Gerald Dixon was the 8 ranked defensive end in the nation for the Gamecocks in 2014. Now a year later, he battles for his starting spot.

Dixon suffered from multiple leg fractures at the end of last years season, holding him out for the second half of spring drills. Adversity set in when doctors told him he wasn't cleared for the fall.

"Being on the bench... it humbles you. You know when you get the chance on the field you gotta give it your all because you never know when you will get that chance again," said Dixon.

The defensive end sat out three games in the beginning of the season, continuously fighting to gain his starting spot back against sophomore David Johnson. Giving it his all is exactly what Dixon did though in the Tennessee game. He made 4 unassisted tackles, earning him his first string spot the following weekend. He made 6 unassisted tackles, a sack and an interception against the Florida Gators.

The Gerald Dixon everyone knows is back and better than ever. He says he thinks God placed this obstacle in his life for a reason and overcoming it has only made him a better person and player.

"God is a big key in my life. I feel like this year I put him first. I play for him. Ever since I play for him he's been doing great things for me," said 44.

Dixon says he looks forward to starting against the Citadel Bulldogs this Saturday.