A look into the demands of the USC 2020 visionaries - DatelineCarolina 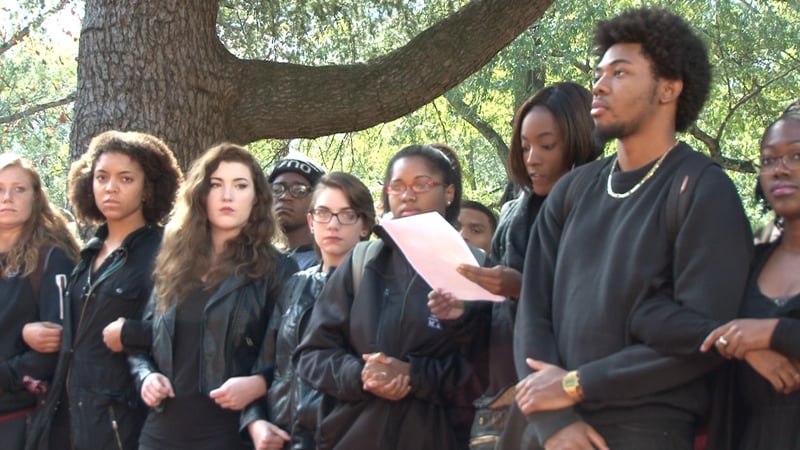 A look into the demands of the USC 2020 visionaries 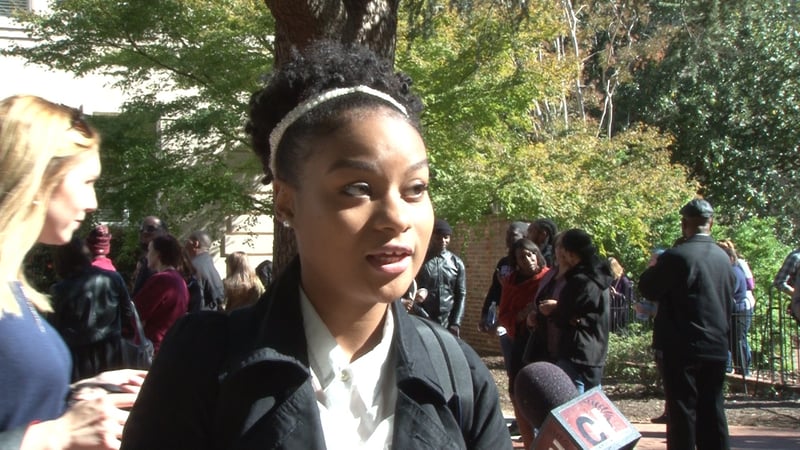 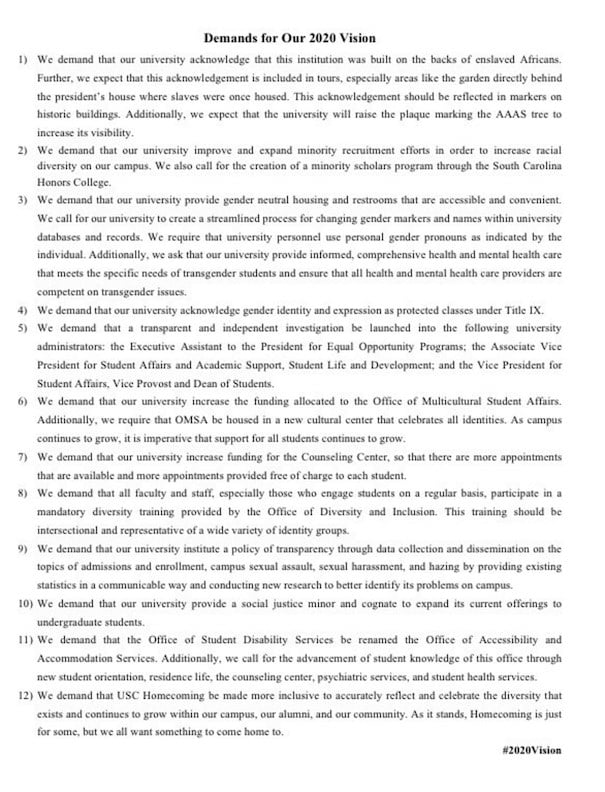 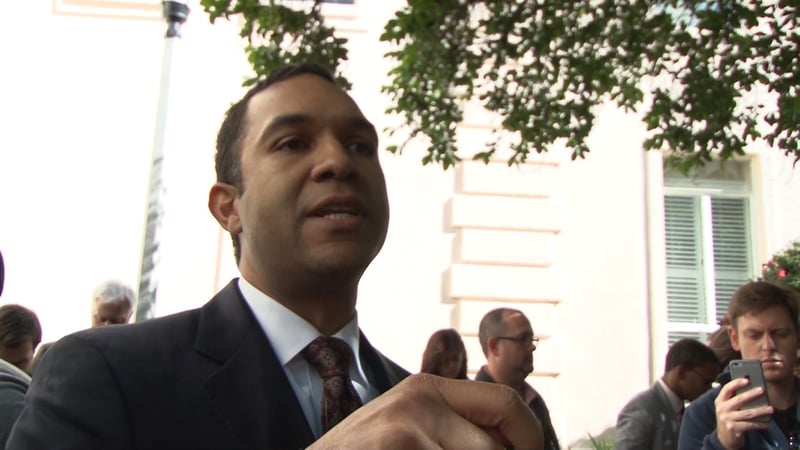 University of South Carolina students wore all black and marched for change on Monday, Nov 16. Student and supporter Nadia Sims says this demonstration is addressing instances on campus where students are divided.

"It is a response from the lack to inclusiveness here on campus in regards to the minority and LGBTQ community," she said.

Specifically, demands are for more funding for minority and multicultural student affairs and acknowledgment of gender identity and gender expression as protected classes under Title IX.

Administration was quick to respond to the incident and many were at the event. President Harris Pastides, who was out of town during the event, tweeted his support of civil dialogue.

"Today we saw civil discourse in action. Peaceful expression of concerns and a commitment to work together," Pastides said.

Pastides also included links to the Carolinian creed and one of the President's speeches in his tweets. The USC 2020 vision account responded to Pastides saying they look forward to future dialogue. Chief diversity officer and director of community engagement at USC Dr. John Dozier was at the event responding to student concerns. He said their voices are being heard, but that change will not be instant.

"It will take time and efforts like this, where we're in open dialogue with one another to make the positive changes to make sure that every single one of us feels like we're included, that we're engaged, that we belong," Dozier said.

Although students wanted answers at the event, administration promised a town hall meeting in the soon to discuss these demands openly with the entire group. The time and location of the meeting will be discussed when President Pastides returns.