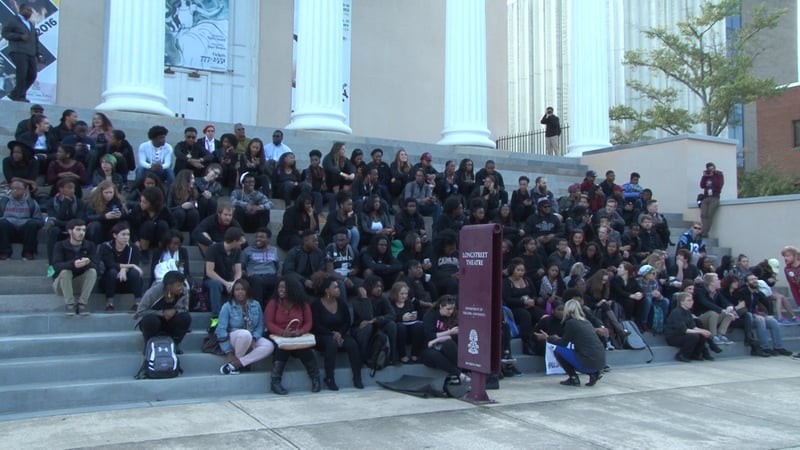 USC students walk out of class for a black out march 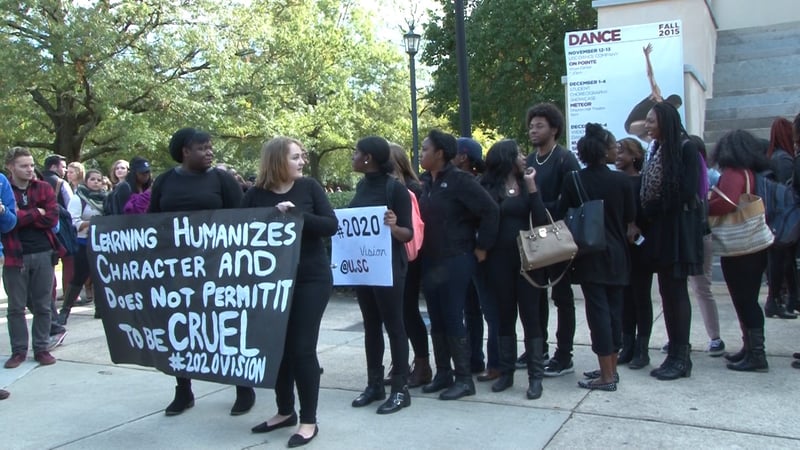 Students lined up in pairs, linked arm and arm, and silently marched across campus. 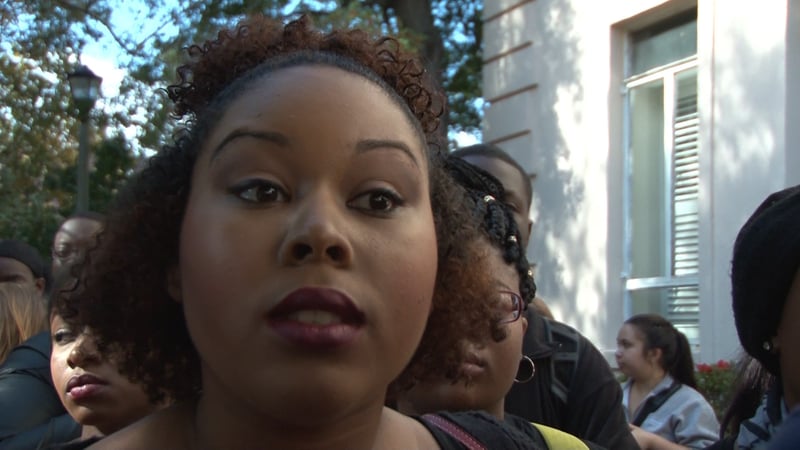 Students leaders of the protest listed their demands to faculty and then listened to their response. 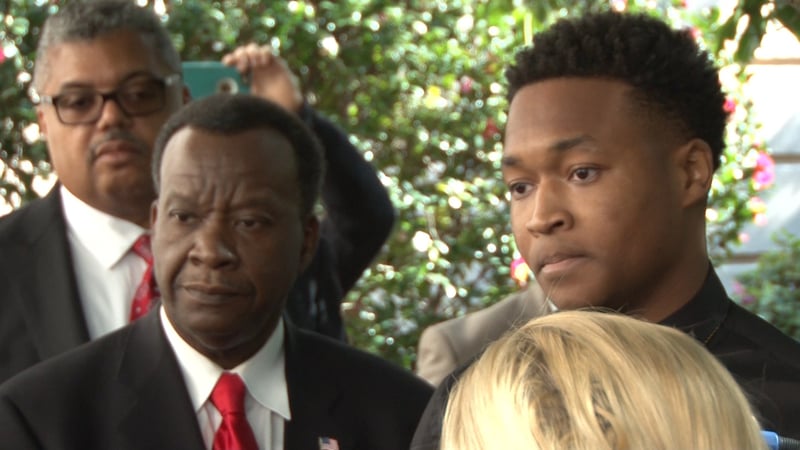 Aaron Greene spoke up during the protest saying this wasn't about individuals but about equality for everyone. 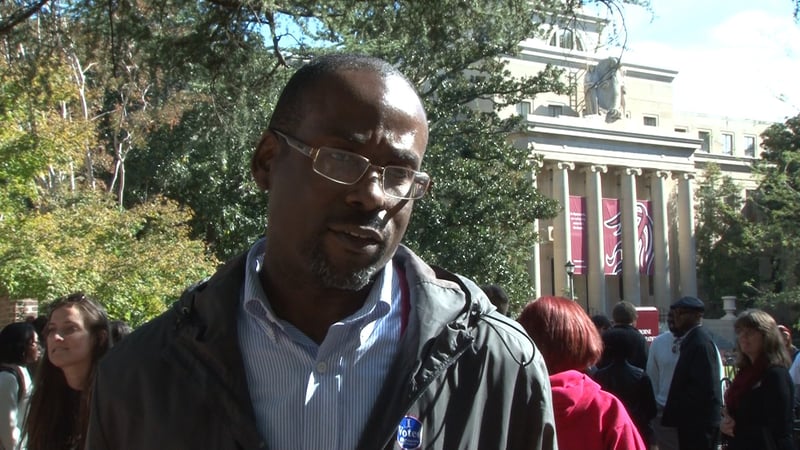 Professor Todd Shaw says the univeristy has only 70 black faculty members and that number is decreasing.

University of South Carolina students walked out of class yesterday at 11:00 A.M. in the name of equality and justice. The walk out was planned by the USC 2020 Vision organization and was intended to not only be a peaceful protest, but also a private one.

The leaders asked everyone in the organization to refrain from putting any information about the walk out on social media. But news of the protest was leaked and word spread like wildfire on social media.

USC's walk out was sparked after the protests at the University of Missouri a couple of weeks ago. And just like Mizzou's students demanded change, so did USC's. The students met at Longstreet Theater after walking out and then marched, arm in arm, across campus in silence to the Osborne Building at 11:30 A.M.

They were met by university administration and then proceeded to list their demands which included expanding minority recruitment and more accommodations for transgender students. The university provost assured the students that their issues would be addressed when President Pastides returned from out of town.

"We are also underway on the development of a campus climate dashboard so that we can transparently assess whether and how we are moving forward together on this important set of issues," said the provost.

But senior Aaron Greene says this isn't about personal issues.

“It’s not about myself," said Greene. "It’s about others. I mean, I come from Orangeburg, South Carolina where the poverty rate is 30% and many students don’t have access to universities. I want them to the access that I have."

“They are respectively confronting administrators and all that’s very important in making a change," said Professor Todd Shaw. "And I as a member of the black faculty and the university faculty are standing behind them."

These students say this is just the beginning of chance on campus. USC's 2020 Vision organization asks that supporters sign their petition here.