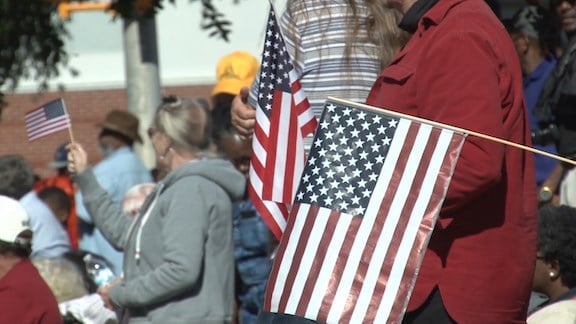 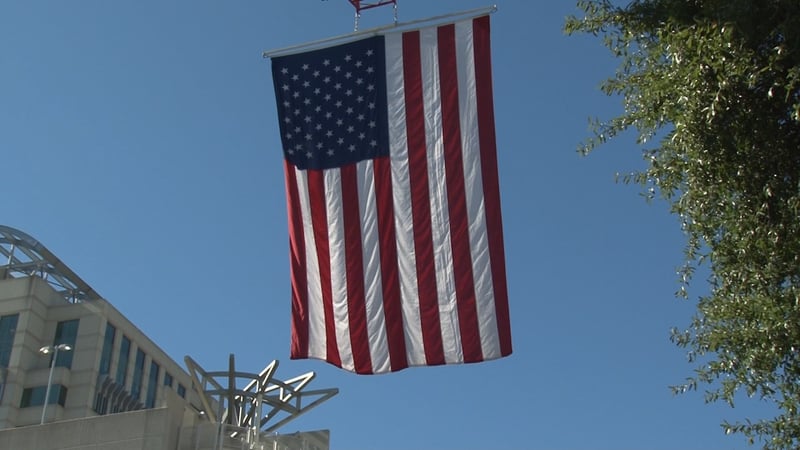 Hundreds of flags were flown during the Veterans Day Parade. 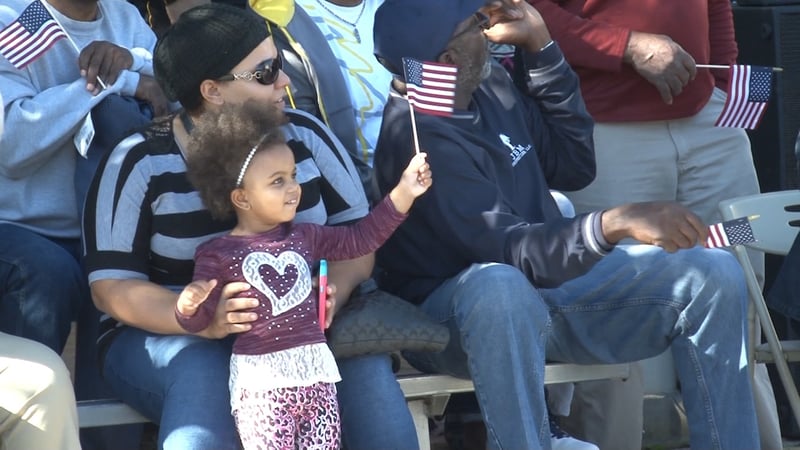 People of all ages came out to support veterans. 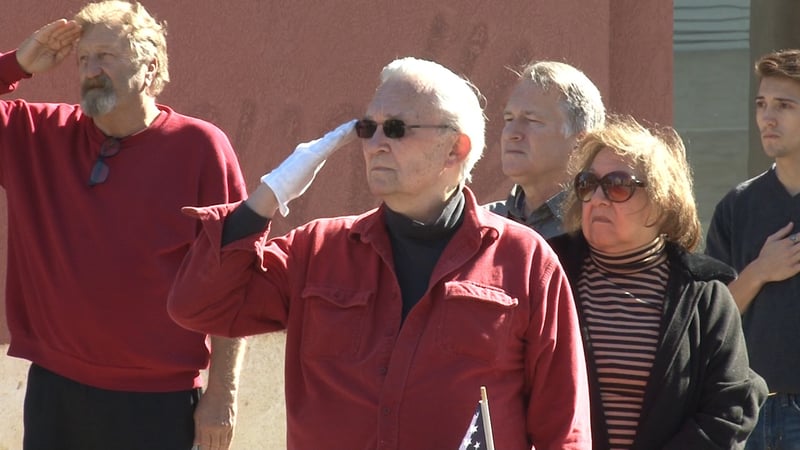 People lined the streets for the parade.

Thousands of people gathered downtown for the Veterans Day Parade Wednesday. Citizens and veterans alike gathered to pay respect and honor the brave men and women who have served our country.

The parade stretched for blocks, lined with people showing their support. Reid Creswell, Commander of the Chapin Eagle Battalion, was one of these people.

"It means a lot to us but it's not about us. It's about the veterans that have served. People who have taken their time and went to war and serve for us," he says.

Creswell's appreciation doesn't go unnoticed. Thirty year veteran Roger Leaks is proud that people of all ages came out for the parade.

"People are coming out and enjoying it. It's a hard feeling to describe, really," says Leaks.

Veterans Day is an opportunity to link everyone together through national pride.