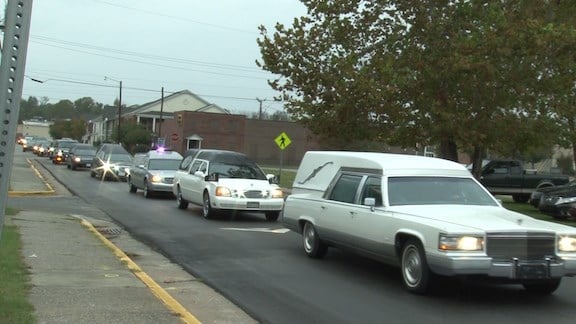 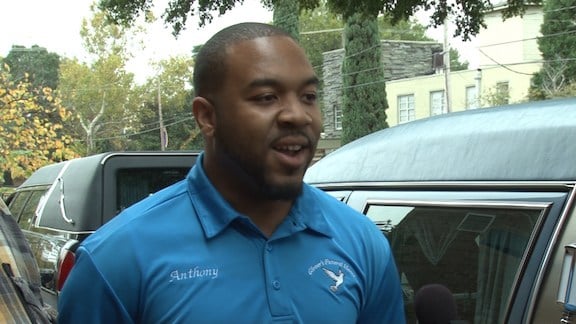 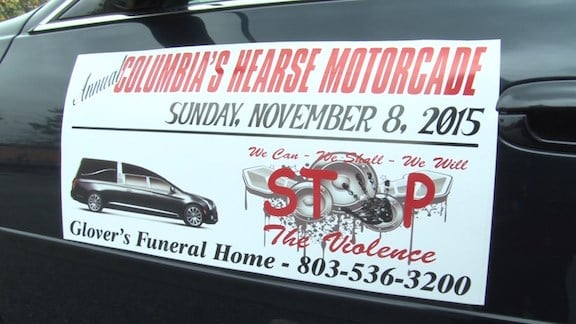 This "stop the violence" sign was placed on the first hearse that led the motorcade through neighborhoods. 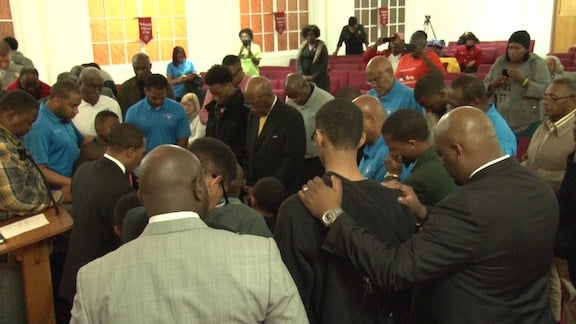 All men in the church circled around the young boys to pray that they would grow up without knowing violence.

A group of funeral home employees from across South Carolina came together Sunday to try to help stop violence in Columbia.  Ten hearses met at Leevy's Funeral Home and drove a "hearse motorcade" through neighborhoods known for violence.  They provided a jarring visual to people, reminding them that no one they know should have to be inside of a hearse because of a violent death.  Event planner Anthony Hallman says he hoped to make a difference.

"We're hoping it can be an eye opener for someone to realize, hey... we need to stop the violence.  There are so many senseless deaths, senseless killings... the violence needs to come to an end," said Hallman.

The police escorts led the hearses down Taylor Street, and the procession ended at Second Nazareth Baptist Church of Columbia.  There, a crowd shared testimonials remembering family members lost to violent deaths.

The lost were remembered, but the bigger focus was on the future.  A prayer was spoken over all young men that they would grow up without knowing violence.

"Our key aim is to save souls," said Hallman.

The hearse motorcade has gone through other areas in the state, but this was the first time they drove through Columbia.  The drivers will continue their efforts to stop violence. The next gathering will be in Anderson.