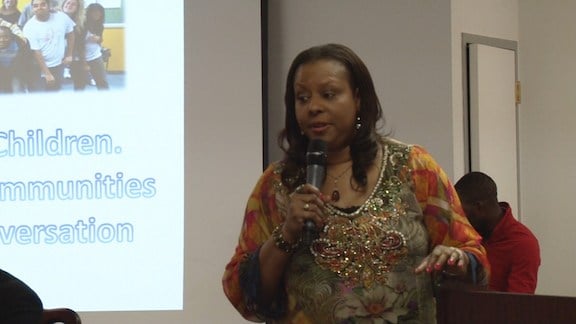 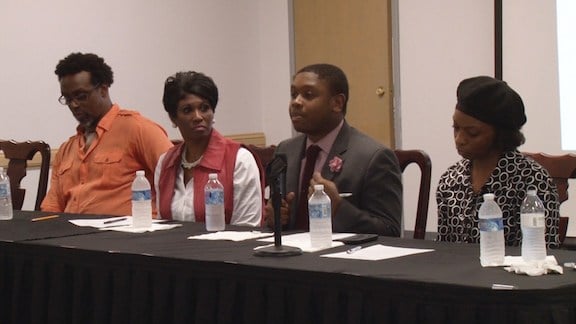 Chosen panelists keep the conversation going at the open forum. 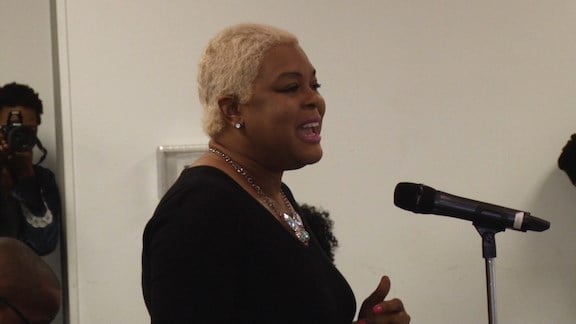 A community member voices her opinion during the peaceful discussion.

An open forum was held in Columbia Monday night to peacefully discuss the Spring Valley incident where resource officer Ben Fields was caught on video throwing a student from her desk. This video that went viral last week and has people wanting answers.

The open forum was hosted by The Fatherless Daughter’s Network, which is an organization aimed at bringing the community together in a peaceful manner to talk about violence, injustice and the attitudes that bring harm to schools and the workplace. It was held at the Cecil A. Tillis Center located on 2111 Simpkins Lane in Columbia.

Angela Patterson is the director of the organization and she expresses her sympathy for the Columbia community.

“I’m a mom, I am a woman, I am a product of this community and I just want to see it thrive again,” Patterson says.

Angela explains that her goal is to get people to stop talking about the incident itself, but rather to start talking about how to fix it.

Angela picked eight panelists who sat at a table in the front of the room, driving the conversation. People in the audience lined up at the microphone with much to say.

Angela stressed if anyone started attacking they would be sat down or asked to leave.

One panelist Sondra Stephenson explained that anger never solves anything and having a level head when talking about and dealing with these issues is very important.

There were ideas for solutions brought forward, one being to increase parent-teacher involvement and meeting hours. Improving mentoring programs and working on the zero tolerance policy were also among the suggestions.

Angela says having the right answers or solutions isn’t the issue. It’s bringing the community together and starting somewhere that gets results.