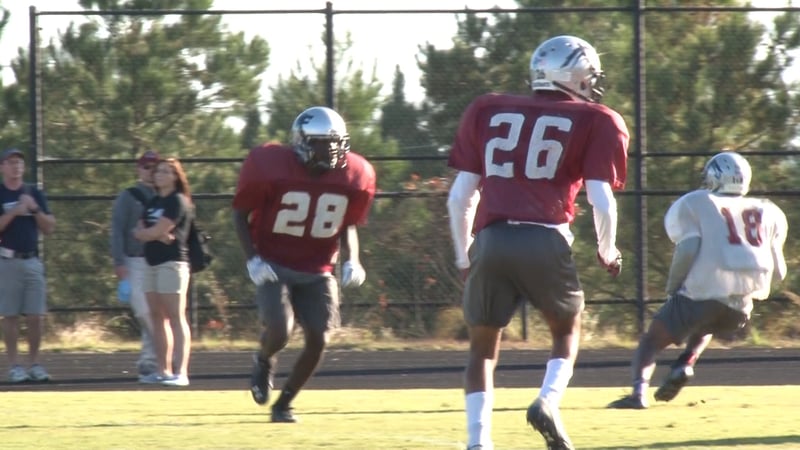 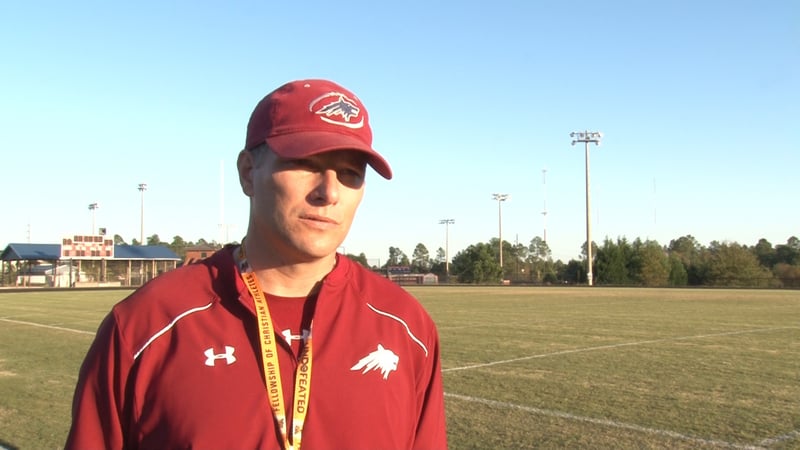 Coach Dean Howell says Robert is a great example to the other players. 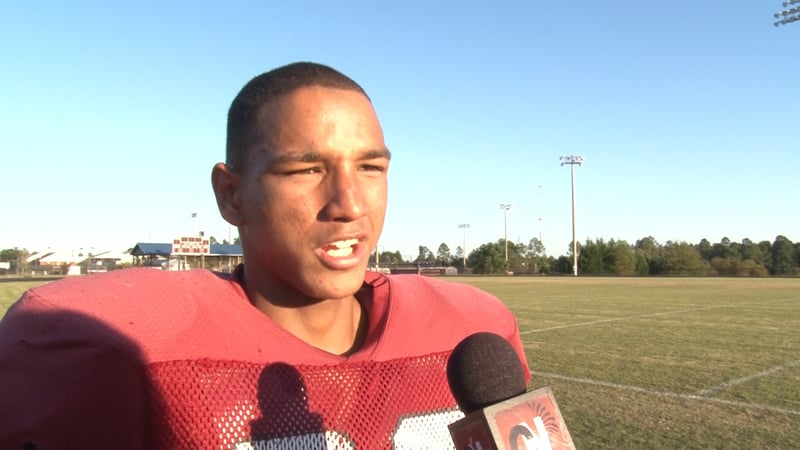 Robert Gunn says he enjoys playing football because he has met a lot of people and it keeps him in shape.

In the spring of 2012 Dean Howell got a phone call from a parent, telling him "my baby has to play football."

Howell had just been named head football coach at White Knoll and Tammi Gunn wanted to make sure that her son, Robert Gunn got a shot to play. She explained that he wouldn't be a superstar or a starter but she wanted him to have a chance to play.

Tammi explained that while she was pregnant with Robert, she suffered a stroke. It wasn't diagnosed immediately, but when Robert began crawling doctors diagnosed Robert with cerebral palsy. The cerebral palsy affects the left side of Robert's brain, which causes the right side of his body to not function correctly.

Robert tried out for football during his freshman year and has continued to play since then. This is his first year on the varsity team.

"If I can do it, you can do it. If you're out there and you may have something like what I have, just believe in yourself. You can do it," Robert says.

Howell said that Robert loves being on the team, and he rarely misses a practice or a workout.

"Robert's just a great example-- he was dealt a hand that some people would feel sorry for themselves, he doesn't let it bother him. He's just a resilient kid," Howell Says.

The defensive back hasn't seen a lot of playing time but he got his chance to play earlier in the season when the Timberwolves beat the Clover Blue Eagles 41 to 36.

The Timberwolves will face the River Bluff Gators tonight at 7:30p.m. at River Bluff High School in Lexington, South Carolina.