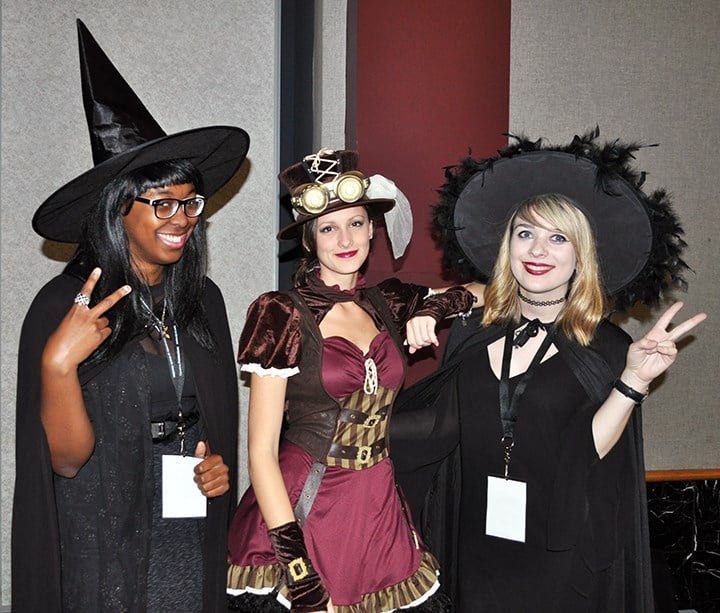 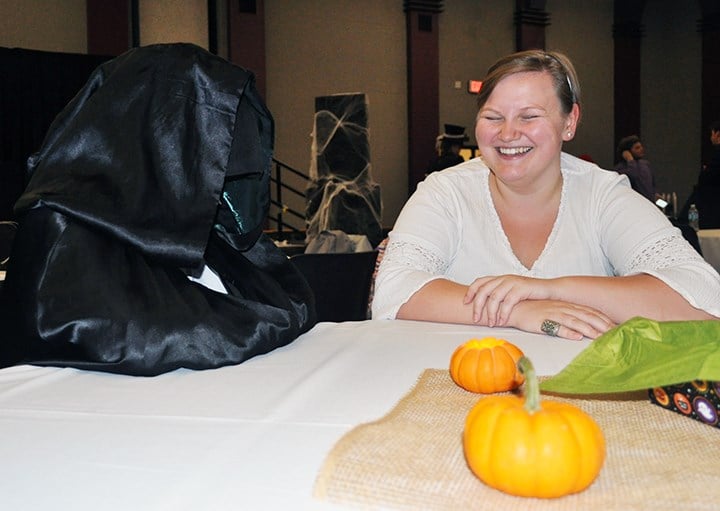 Students at the University of South Carolina wait for the Murder Mystery event to start, sponsored by the student organization Carolina Productions. 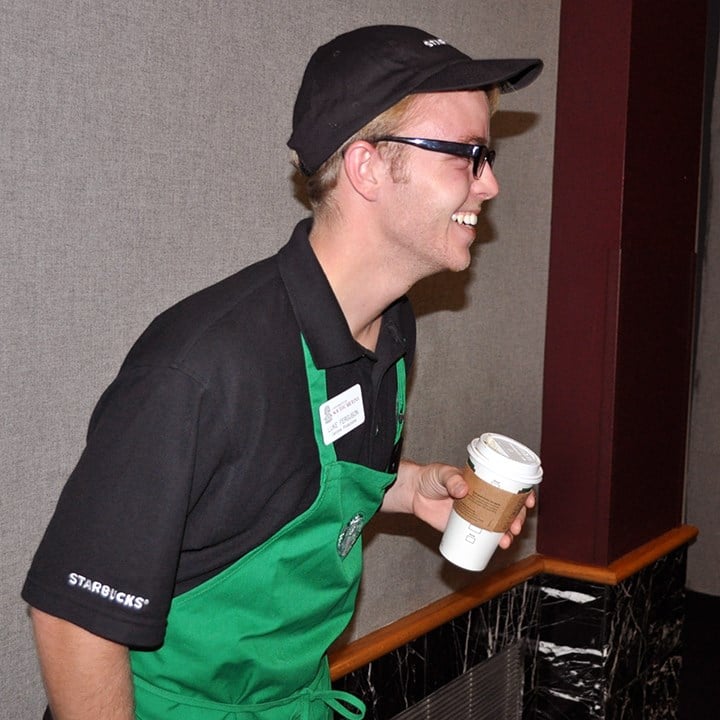 Luke Ferguson, 20, dresses up as a Starbucks barista at the University of South Carolina. Students gathered together for a Murder Mystery event as part of a “Halloweek” celebration.

Halloween used to be for little kids, who would dress up in costumes, knock on neighbor’s doors and ask sweetly for candy with that ubiquitous line, “trick or treat!”

Now, the holiday is a party for all age groups, especially young adults and teenagers who take their costume cues from popular culture, including television shows and politics.å

“Every year Halloween is getting bigger and bigger, and more people are celebrating each year,” said Monica Williams, a manager of Party City on Harbison Blvd. “I think people are changing, and realizing it’s not some demonic thing, it’s just a fun holiday. And the younger generation is also much more free-thinking.”

Mitzi Creel, the manager of Halloween Express, said she still sees plenty of young children who come into the store with their families. But she’s doing business with more young adults as well.

“Halloween used to be more geared to kids, but now it’s picking up with young adults and teenagers,” she said.

Creel, who has eight years of experience in the Halloween costume store industry, said the second week of October is when most people come in to buy decorations for their homes. That also includes young adults, who are renting homes together.

“College students are renting houses, so they’re also buying more decorations. A lot of them rent houses together, so they try to be festive and celebrate in their own way,” she said.

Williams also noted that older teenagers are buying sexier costumes, in contrast to the popular Descendants costumes for younger kids that are now sold out.

Halloween, or All Hallows Eve, has its roots in pagan and Christian culture and for centuries was a way to memorialize the dead. While some congregations still hold solemn services where names of the dead are read aloud, the modern Halloween celebration is secular and festive, with a focus on dressing up, pumpkin-carving, haunted house attractions and plenty of parties.

Where parties were once confined to Oct. 31, young adults are stretching out the fun to include the days leading up to the holiday and after.

Dani Repass, 19, said she plans to dress as Sandy from Grease with friends on Oct. 29, attend a party Oct. 30 dressed as an angel, and go to a fraternity function dressed as a referee on the Oct. 31.

“I’ve always dressed up every year, since I was a kid and 3 (years old), and I think more people dress up because it’s just fun to be someone else and dress like someone else for a night,” said Repass.

Aidan Brooks, 20, said he also used to dress up as a kid, and started doing it again since coming to college at the University of South Carolina. This year, he’s planning on putting together two costumes - the golfer Bubba Watson and Shaggy from the animated cartoon series Scooby-Doo.

“It’s fun to be able to still dress up even as we get older and just have fun for the holiday,” he said. “With busy schedules, having a time to dress up and pick out costumes is something a lot of people look forward to.”

For Caitlin Donovan, 19, comfort and fun are the goals. She said she’s planning on celebrating Halloween in the days leading up to Oct. 31 by dressing as a cop, nerd and little kid in pajamas.

“I think more people celebrate and dress up because it’s an escape from normal,” Donovan said. “I basically wear the same thing to class every day and the same outfits when I go out. It’s fun to do something different.

“Plus, if I have an opportunity to wear my rubber duck pajama pants downtown, I’m totally taking it!”

Creel, the Halloween Express manager, pointed to the recent flooding in the Midlands as a reason why shoppers in her store, regardless of age, are especially excited to celebrate Halloween this year.

“With this year’s weather issues, people are happy to be out and about,” she said. They’re glad to be able to decorate their yards and just celebrate.”