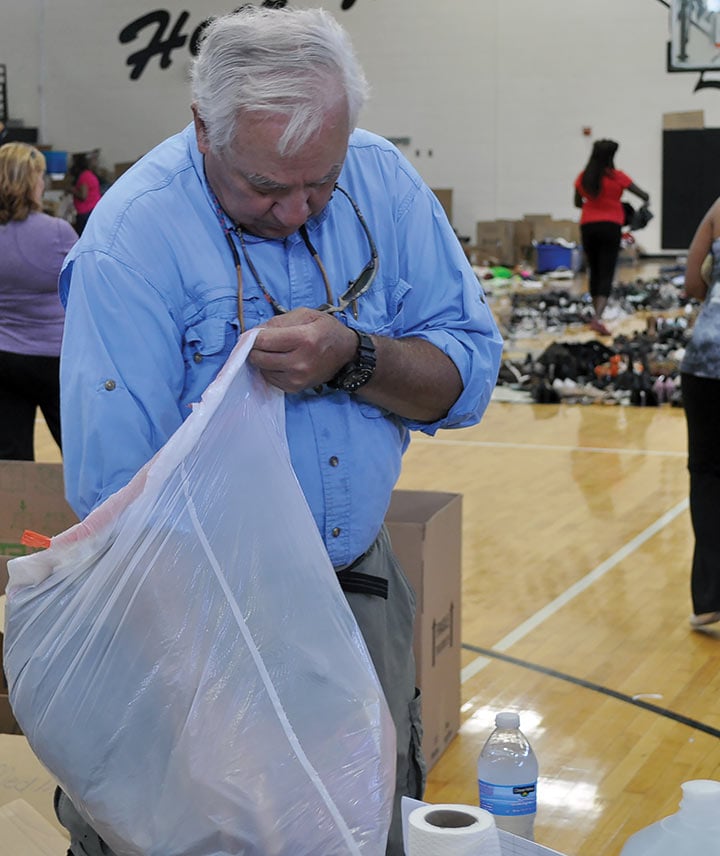 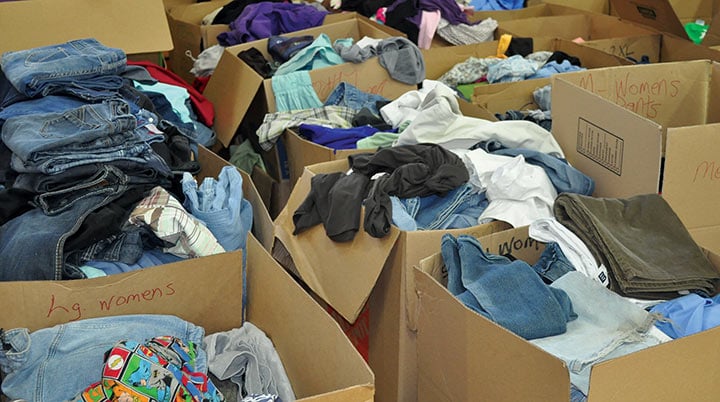 Clothes stack up after volunteers seperated tons of clothes donated to a Columbia water distribution site. Volunteers divided the clothes, that came in trash bags, by gender and size. 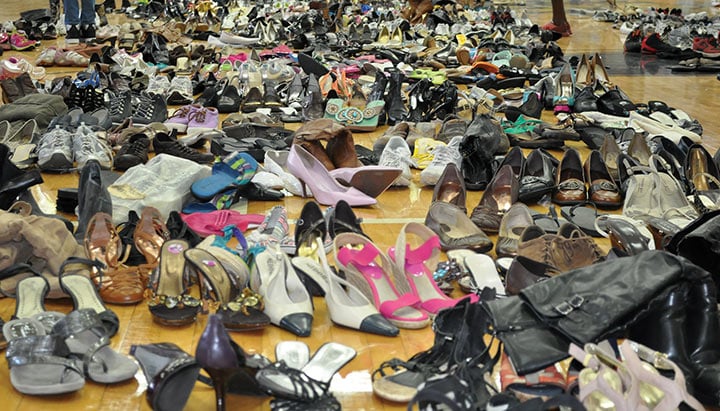 Dozens of shoes line the floor of Lower Richland High, one of eight government-ran water distribution sites in Columbia. The site received tons of donations from the community, to give to anyone in need after the South Carolina flooding.

Charla Simons could only describe the volunteer efforts shown in the aftermath of the historic South Carolina flood with one word. Serving as a coordinator for the Lower Richland High water distribution site ­­– one of eight Columbia sites run through FEMA, the Federal Emergency Management Agency – Simons said she was amazed at the the community’s willingness to help others.

“People would walk through the doors and just say, ‘Ms. Charla, I’m here to volunteer. What can I do?’ ” Simons said.

Midlands residents have shown up to the high school since it opened early last week to receive bottled water and other household necessities. And as cars waited in the parking lot near the school’s gymnasium to get needed supplies, many were working inside. More than 75 helpers came to the site each day, wanting to assist in any way they could Simons said.

Some helped load cars with water while others’ main duties were to separate donated clothes, food and toys. From children to senior citizens, volunteers made their way to the site – many coming with their church groups, organizations or school. Simons said parents brought their kids in hopes of helping them learn how to give back to the community.

Edward Moore, 68, said he and his wife Michelle saw the devastation left from the flood and felt the need to do more than give money.

“We wanted to do something directly for the people, rather than just send money or something,” said Moore, who spent the day sorting items donated by the community. “We wanted to actually do some hands-on work and this is one place we felt we could do that.”

Simons said the volunteer efforts and generous donations given by so many people made the site special. Even people who came to the site seeking help, wanted to eventually give back.

Phyllis Stewart, who admitted her struggles after having to take care of her two grandchildren, came to the high school looking for extra clothes and shoes for her family. But despite her hardships, she still wants to help others who are in need.

“Somethings I can’t wear, somebody else might be able to wear,” Stewart said. “Imma go home and dig out and see what I can donate too, even with them helping me.”