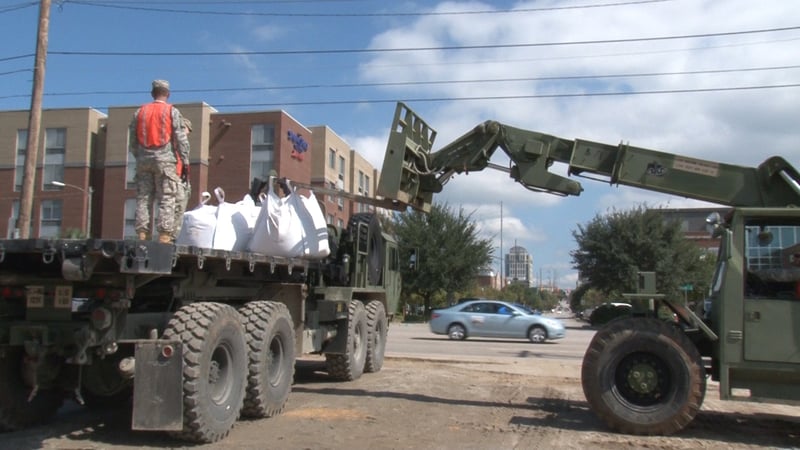 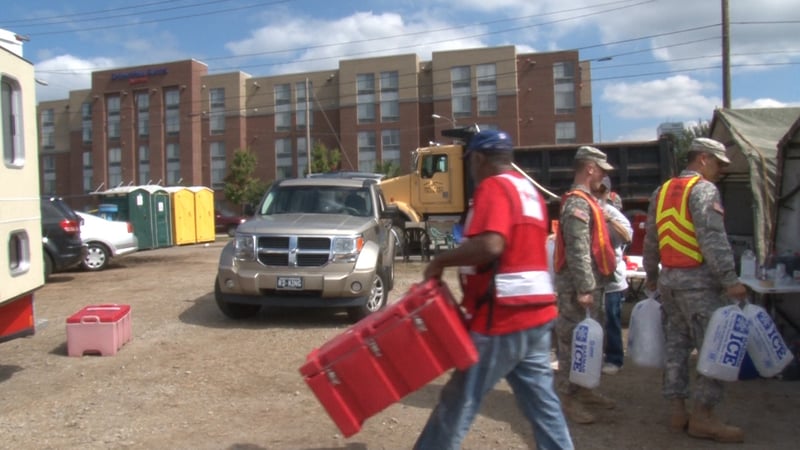 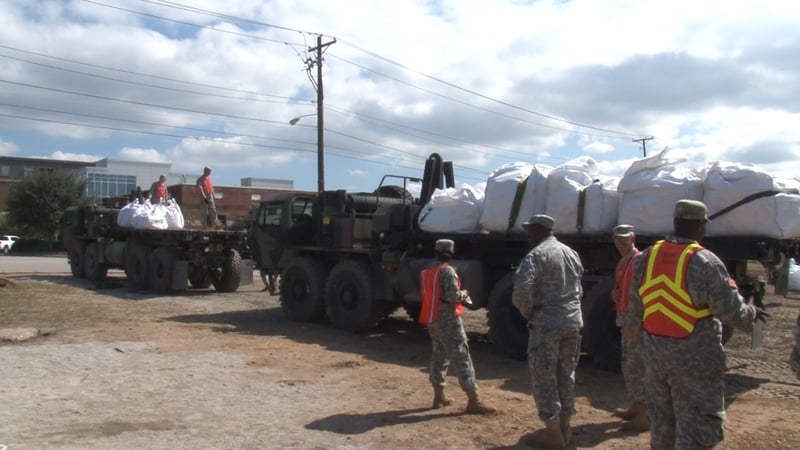 Soldiers work together to load sandbags to build dam.

The South Carolina National Guard is still  trying to dam up the Columbia canal.  They are working to ensure the water source at the Columbia Treatment Plant is safe.    Their primary effort is to sandbag the area to offset damage caused by the recent  collapse of the Columbia Canal. Military trucks  carried large sandbags to an area of Huger St.

It has been six days since the recent flooding, and almost 4,000 customers are still without water.  To this extent Columbia residents have been under a boil water advisory, and have not had safe drinking water.  The Guard is steadily  working to correct the supply problem.

About 30 soldiers were at the site. Sgt. Amal Hall was among them.  He said it was encourgaging to see the outpour from the community.  Sgt. Hall said many Columbia residents have brought out snacks and bottled water for the soldier.  Not that it has not been hard for them.  Sgt. Hall said many of the soldiers had been away from their family, but seeing what they accomplished was well worth it.

Long white tables were set  up under tents with food and beverages.   Hotdogs, sandwiches and other snacks were available not only to the soldiers, but to the community as well.

Sarah Espisito  was driving by, saw the soldiers, and  decided to help.   Espisito took a personal interest in the effort.  She said it was her water that had been affected too.

The American Red Cross supplied totes held basic first aid supplies.  Red Cross Volunteer Richard Stukes drove ten hours from Glouster, VA.  He said he felt he was doing his duty by helping his fellow countrymen.  He realized things wouldn't get better overnight, but he was willing to put in the effort.  Stukes said we all need help some times.

That realization is what made Monday possible.  People came out to help other people.  Rather they wore green military fatigues, or red vests they were there to assist.

If you know of some one affected by the flooding there is assistance  available.  Contact FEMA for more information