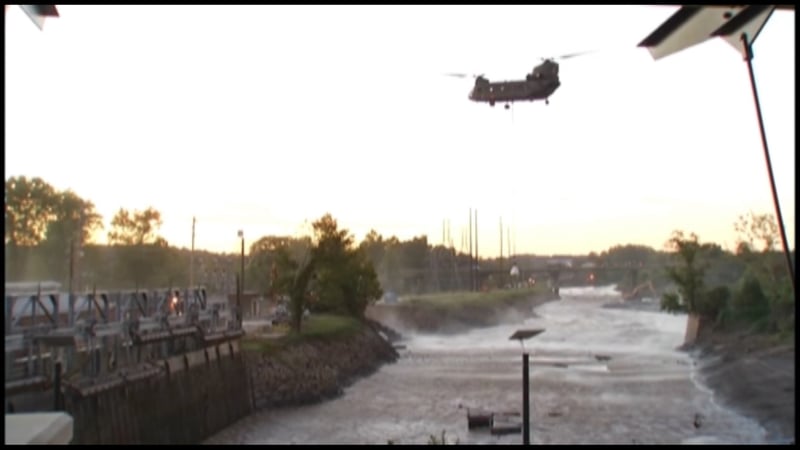 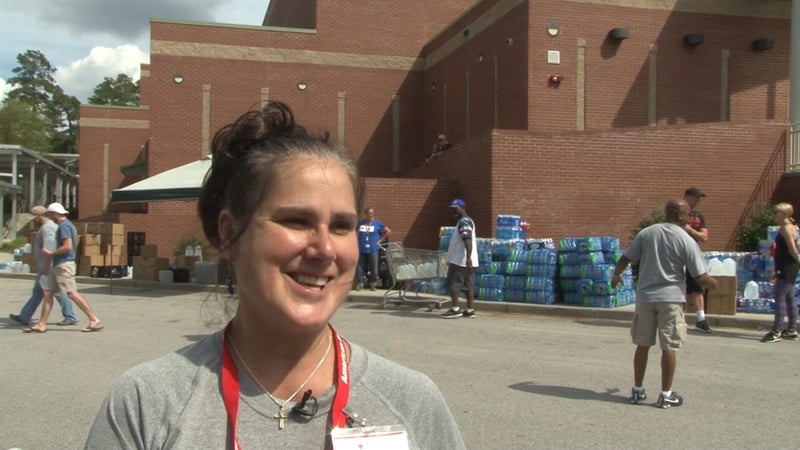 Darlah Egger has seen disaster relief efforts before, but has never seen a community come together like Columbia. 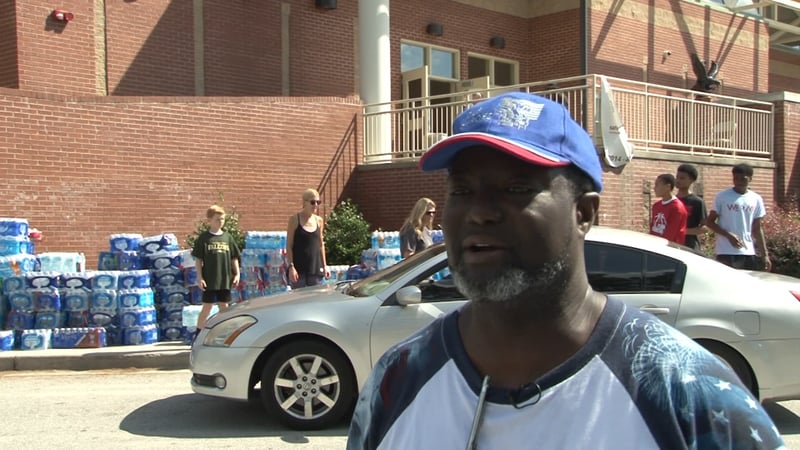 Harry McFadden has been at A.C. Flora High School every day since the disaster struck. 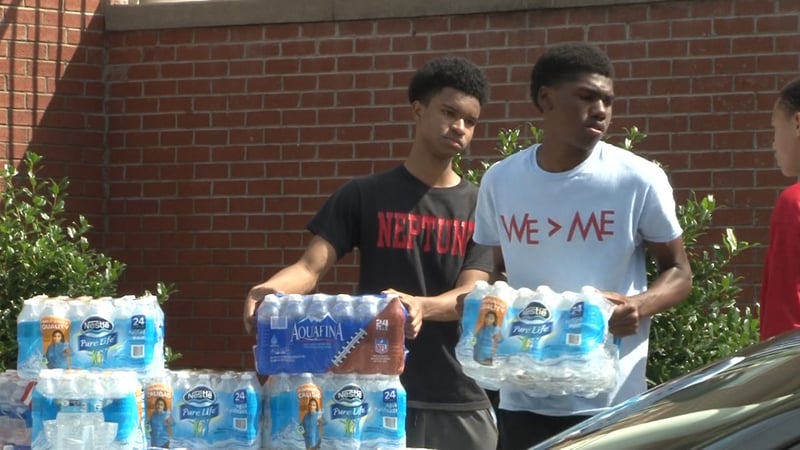 An overwhelming turnout of high school and college students has attributed to the success of this distribution center.

The flood last weekend brought in more rain than Columbia had ever seen. The downpour breached the Columbia Canal, leaving a gaping hole in the dam.

The National Guard tried to create a temporary dam by using helicopters to drop sandbags, but the broken dam was only one of the problems caused by the disaster.

The city opened up water distribution centers for anyone who needed clean water while they continue to work on restoring the water supply.

A.C. Flora High School was one of those centers, where people like Harry McFadden had come out to volunteer every day since the flood.

"It's heartbreaking. Because I think that it could be me. And I would hope that somebody would also want to go out and give their time," he said.

The center is run by Darlah Egger, who helped out in New Orleans after Hurricane Katrina. She says the center wouldn't run without the help of its volunteers, and credits its success to the overwhelming turnout of high school and college students.

Darlah says that she is left "speechless" when she sees a community come together like this.

As of Monday, some parts of Columbia have been relieved from the boil water advisory, but downtown Columbia still has the rule in place.