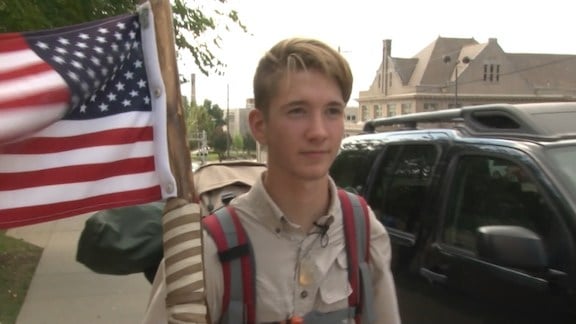 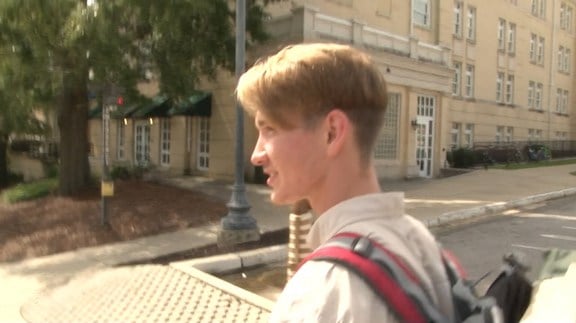 Donnie Douglass plans to camp out and stay in hotels along his route. 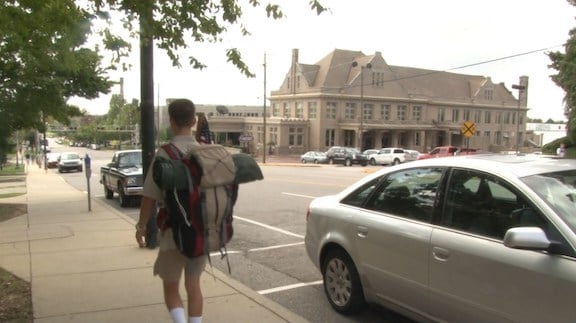 Donnie Douglas puts his heart where his mouth is.  Douglas is walking across the nation to honor veterans. The 20-year-old is walking from Myrtle Beach to Los Angeles to honor those who have given much, and often their lives for us.

The Tennessee native came through Columbia Wednesday on his trek.  He will also stop at the Dorn Va Medical Center  in Columbia to visit veterans.   He listens to veterans, and collect their stories.   As Douglas collects the stories he posts them on his Facebook page aptly titled the Legacy Journey.

He also hope his efforts will bring attention to his upcoming non-profit organization called "Share Your Legacy".  The title refers to his trip, which he has called "The Legacy Journey".

Douglas started his walk eight days ago.  He will cover almost 3,000 miles.