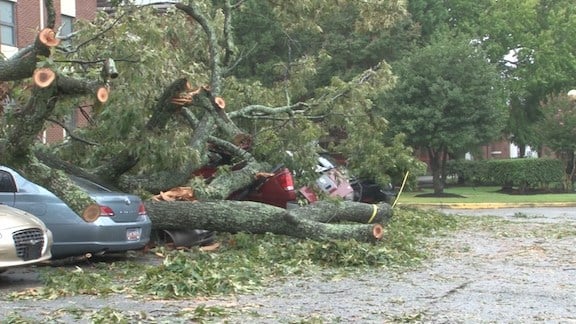 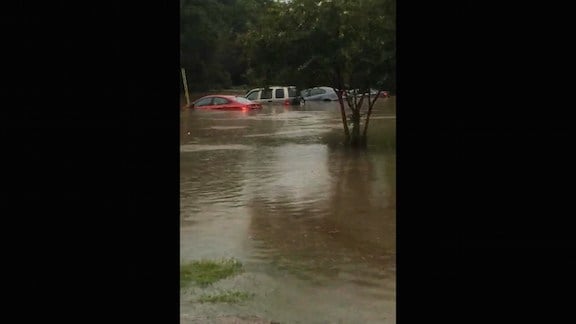 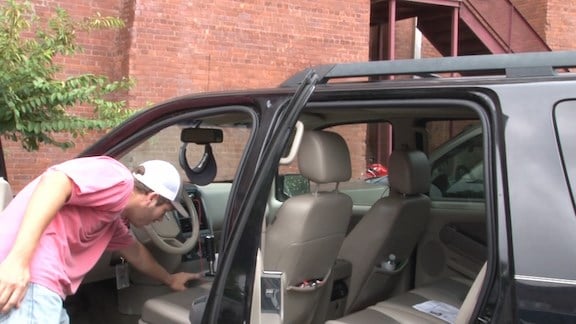 Justin Tuttle demonstrating how deep inside his Ford Explorer was covered by the flood. 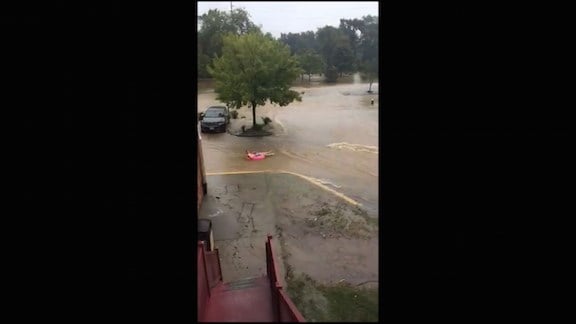 Heavy rains Thursday afternoon, caused street-level flooding and storm damages around Columbia. The rains began around 11 a.m., and dropped between two and three inches of rainfall.

A large tree was uprooted on the campus of Benedict College, crushing seven cars. No injuries were reported. Crews are schedule to begin removing remnants of the tree beginning Friday afternoon.

Streets and residential areas around the University of South Carolina experienced severe flooding as well. An elderly women was rescued by an USC police officer after her car was stalled by the waters. Several cars parked in the Loft and Olympia Mills Apartment Homes were flooded.

"In the front, it (water) was almost up to the cup holders," said Justin Tuttle, owner of a Ford Explorer flooded by rain.