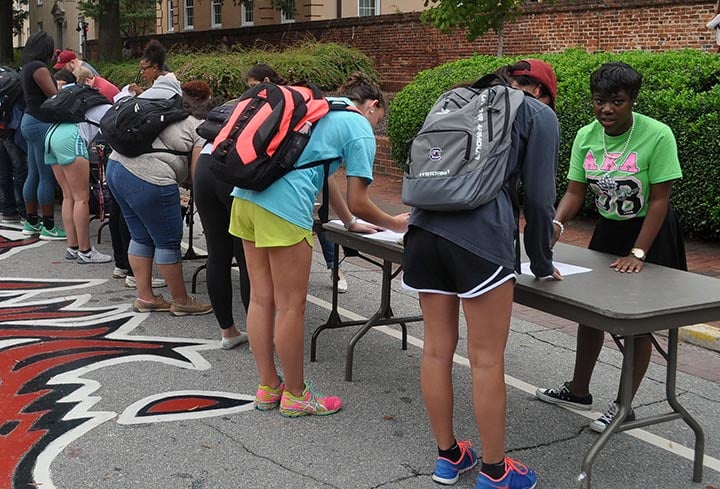 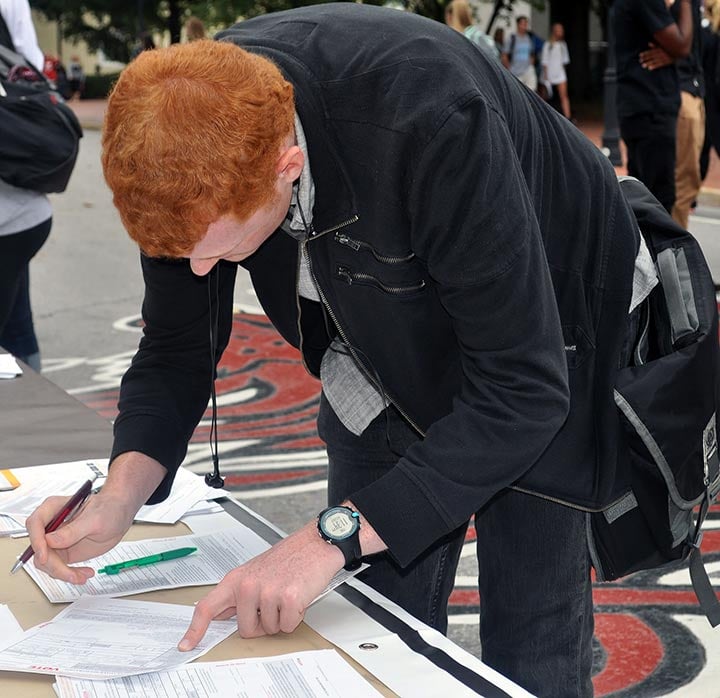 Freshman Evan Dodge registers to vote for the first time at the University of South Carolina’s voter registration day event. Dodge said everyone needs to vote because it’s their “civic duty.” 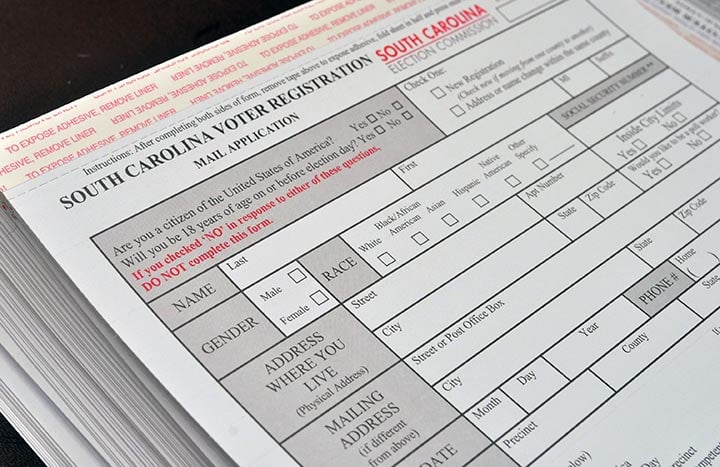 More than 200 University of South Carolina students filled out registration applications to vote in the 2016 presidential election.

S.C. Rep. James Clyburn, fourth from left, takes time for a picture with student leaders, before encouraging USC students to register to vote.

About 20 student organizations set up registration tables in honor of National Voter Registration Day. More than 200 students registered for the first time. Now they can vote in either the state’s Feb. 20 Republican primary or the Feb. 27 Democratic primary and next year's presidential election.

Student volunteer Karli Wells said she wanted to tell students how much voting gives people the power to change their community.

USC wants to increase the percentage of young adults voting in the state. Less than four percent of adults age 18 to 24 represented the total registered voters in last year’s general election, according to the South Carolina Election Commission. About 30,000 fewer young adults voted in that election – which chose state officials – than the roughly 140,000 who registered for the 2012 presidential.

Many students said that young adults don’t vote because they are too busy or believe their voices don't matter. Others said that voting is often seen as a chore – giving young adults another reason why they avoid registering.

First-time voter Evan Dodge said despite the many excuses his generation has, voting isn’t a chore – it’s a job.

“Politics is really important, especially for young voters,” Dodge said. “I think it’s important that everyone does their part in terms of civic duty.”

The small percent of young adult voters led Clyburn (D–S.C.) to appear at the school and help change next year’s turnout. The Sumter native said student debt is the "most challenging issue facing the country.” He added that young voters are key to elections, in choosing the path the country takes.

“I think that students have a tremendous potential to help change the direction this country is going in,” Clyburn said.

Event organizer Cory Alpert, who is majoring in sociology and Russian, said he believes students aren’t aware of the ways they can vote. Alpert said the event was created to tell students that it was their job to ensure that leaders represent their community well.