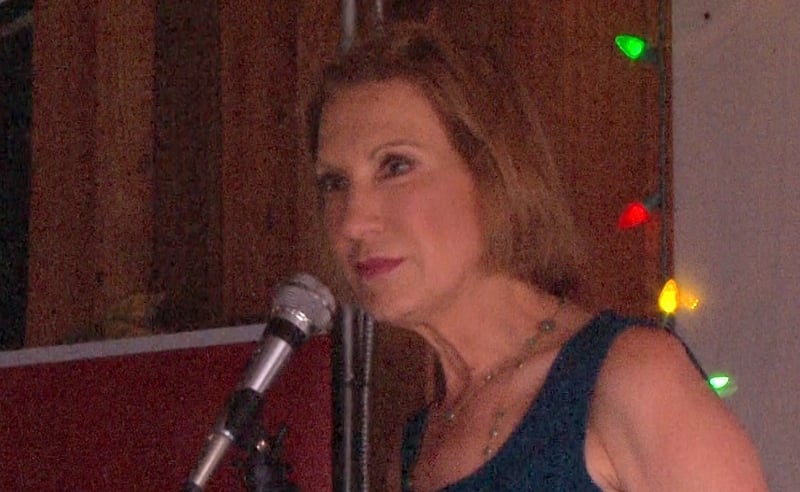 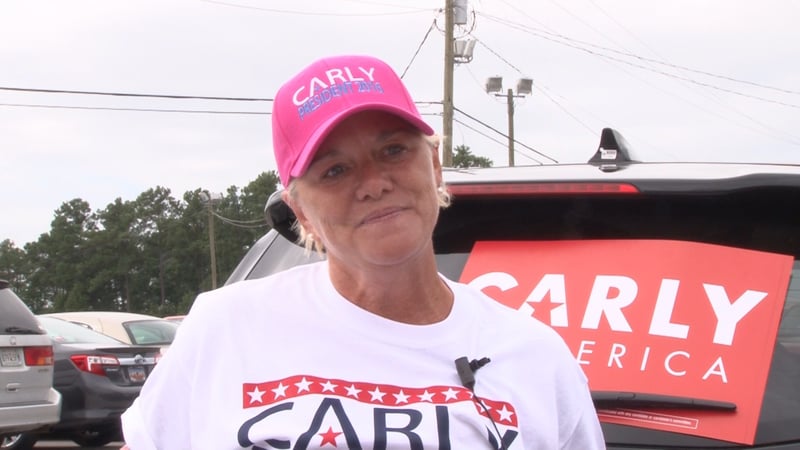 Deb Watts is traveling with the Fiorina campaign this week.

Fiorina spoke to a crowd at Hudson's Smokehouse in Lexington on Wednesday afternoon.

She began with a hometown touch, reading letters from local second graders. The students listed what they wanted her to do as president. The suggestions ranged from free ice cream to more serious issues.

Clinton has been the subject of controversy regarding classified emails and the 2012 attack in Benghazi, and Fiorina did not shy away from commenting on the issue.

"Hillary Clinton has lied about Benghazi and about her server," she said, " No, Mrs. Clinton, you do not wipe your server with a towel."

Deb Watts, of Auburn, Alabama is a friend of the campaign, who will be traveling with Fiorina over the next few days. Watts has been a supporter since before Fiorina officially began her campaign.

"Carly has been my sweetheart since she had no poll numbers," Watts said, "I was pulling for her."

Watts praised the fact that Fiorina was not a career politician and said that set her apart.

"I think she would be someone that has not been in politics for years and years and years. And I think she articulates very well the frustration of the common people that are really fed up with the status quo politics and Washington in general. So she'd bring change," she said.

It is this hope of change that continues to drive Fiorina on the path to the 2016 election.

After the meet and greet, Fiorina went to the South Carolina Republican Party headquarters on Marion Street to formally file for the South Carolina primary. From there, she went to Winthrop University in Rock Hill for another campaign stop.