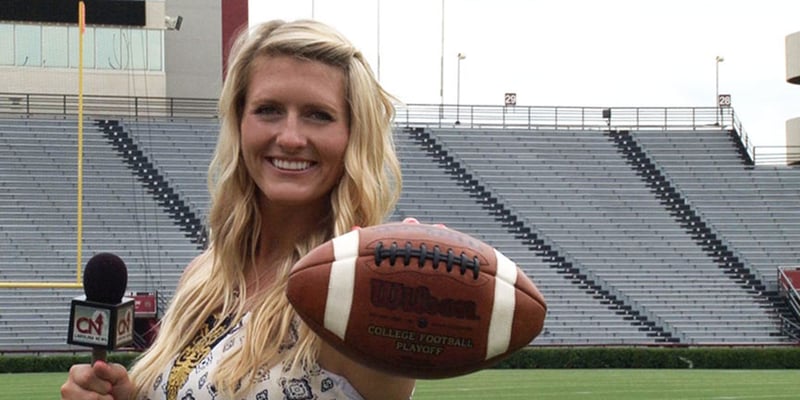 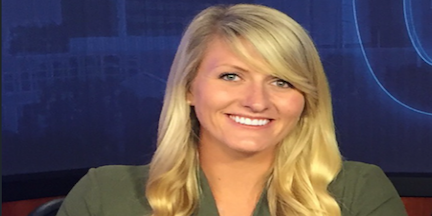 Growing up in a small farm town in southern New Jersey I was surrounded by family and sports my entire life. I have two older brothers who constantly competed against me in everything they possibly could. I played field hockey, basketball, and softball. As things progressed in high school, I realized I had the potential to play softball at some of the top Division 1 programs in the nation. This is what led me to the University of South Carolina. I was a catcher and first basemen for the Lady Gamecocks for four years. My final year playing I was named captained of the team and led my team to an SEC tournament and NCAA Regional.

My love for sports, people, and news is what lead me to pursue a career in journalism. I find myself so interested in the smaller stories within the big ones. I truly believe most people have an interesting story to tell, and I am determined to find it. Journalism allows me to investigate, research and give viewers meaningful stories that will allow them to connect with the character and what the story exposes.

Being a journalist has been a dream of mine since I was a little girl watching the news and ESPN. Sports have always been a huge passion of mine and I always picture myself interviewing a player after the game winning buzzer beater shot, or the wide receiver that just caught the touch down pass to win the game in overtime. I want the viewers to be able to capture the exact feeling through the television screen as if they were on the sideline themselves.

While being a student athlete at the University of South Carolina, I was able to have my own interview segment on Gamecocksonline.com called The Dugout Club. I would interview my teammates on the softball team about the following games, themselves if they were the key player in the previous weekend, what the games ahead hold for the team, and how they are preparing for them in practice.  I am now an ESPNU Campus Correspondent. I shoot video, interviews, and create packages for ESPN, ESPNU, and the SEC Network so they can use them in segments that are displayed during the games. I also work for Live Productions for Gamecock Athletics here at USC.

Although I am very interested in sports reporting I am very open to other aspects of journalism as in politics, breaking news, crime, consumer, and health.