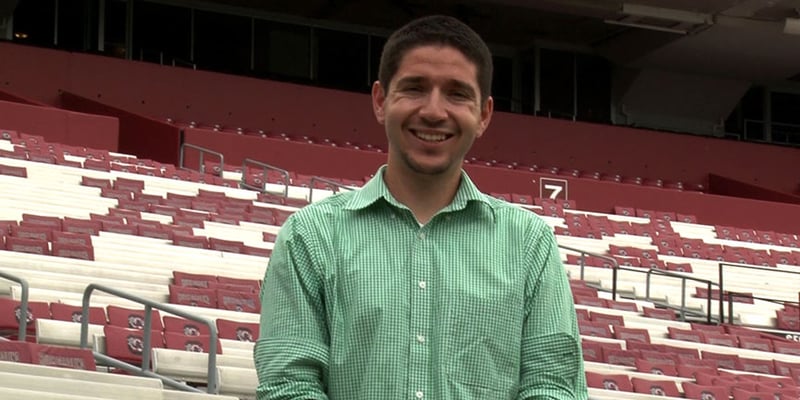 Jeremy Urso is a senior at the University of South Carolina. This past summer he interned at WACH Fox News in Columbia. He contributed to the station in various ways. He helped produce certain blocks for the 10pm newscast, wrote intros for packages, and even set up live shots for reporters. During his junior year, Jeremy interned at South Carolina Radio Network writing stories for the Web. He was even able to contribute to the station during the 2014 midterm elections.

When Jeremy first came to Carolina he became heavily involved with student media. He worked as a reporter, producer and anchor for Capital City Sports, the campus station’s only student-run sports program. He also served as news director for the campus radio station WUSC. As news director, he produced 90.5 Seconds of the News, a daily 90-second newscast that aired every hour on the station. Jeremy also co-hosted The Bottomline on WUSC, a 2-hour talk show combining news, sports, and music. He is set to graduate from South Carolina in December 2015.

Jeremy is originally from Long Island, New York. In 2007 he moved to Charlotte, North Carolina where he now resides. Outside the newsroom Jeremy is a big fan of several HBO series including Game of Thrones and The Leftovers.

If you would like to send a story idea to Jeremy you can email him at ursoj@email.sc.edu