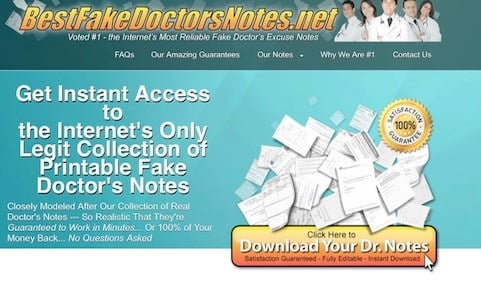 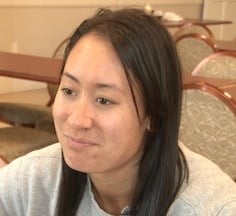 Alex Sprenger has thought about using the website to skip class. 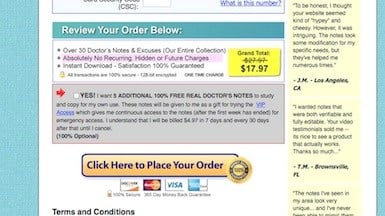 The website charges 18 dollars for a fake doctors note.

A website designed to make fake doctor's notes look real is catching some attention from students at the University of South Carolina.

The excuses comes with a $18 price tag, but that doesn't bother some people like USC Senior Alex Sprenger.  She says she has thought about using the site at times when she wanted to play hookie.

"I think I would, but I think I would be a little bit nervous.  I feel like I would just be paranoid about getting in trouble, but it works all the time for her so," Sprenger said.

She says her roommate has used the website and has been satisfied so far.

"She says such great things about it," she said.

Criminal Lawyer David Aylor says the website does not present any legal issues if the owner doesn't know what customers are using the excuses for.

"What they determine what they want to do with it is their own decision," Aylor  said.

There's a wide variety of notes to chose from and even a voice recording if your employer chooses to call.

The website explains that the notes are for novelty only and are not to be used illegally.