Storm clean-up continues in Lexington after tornado touched down 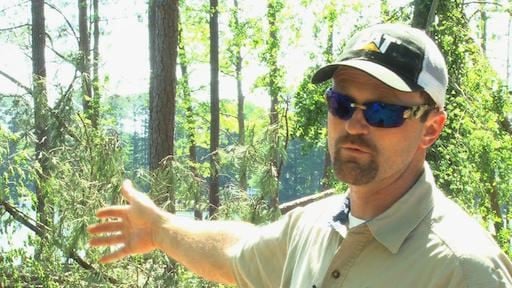 Brian Jones was among those called to clean up the fallen trees. 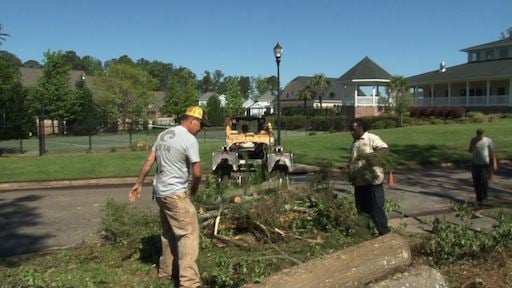 Crews expect to be finished cleaning up by the end of the week.

Clean-up crews have been hard at work cleaning up the damages left after an F-1 tornado tore through a Lake Murray neighborhood Sunday.

The tornado touched down near St. John's Church in Lexington.  Brian Jones, the owner of PSC&C logging clearing and tree service, was among the several crews that were called out to the scene to help clean up the damages.

"What it basically did was it went right around a row of houses and then just hit the water and kept going," said Jones.

The storm damaged several trees and a few houses in the area, but no injuries have been reported.

Officials say there are nearly 50 trees downed by heavy winds of the storm.  The clean-up crews plan to have most of the damages cleaned up by the end of the week.