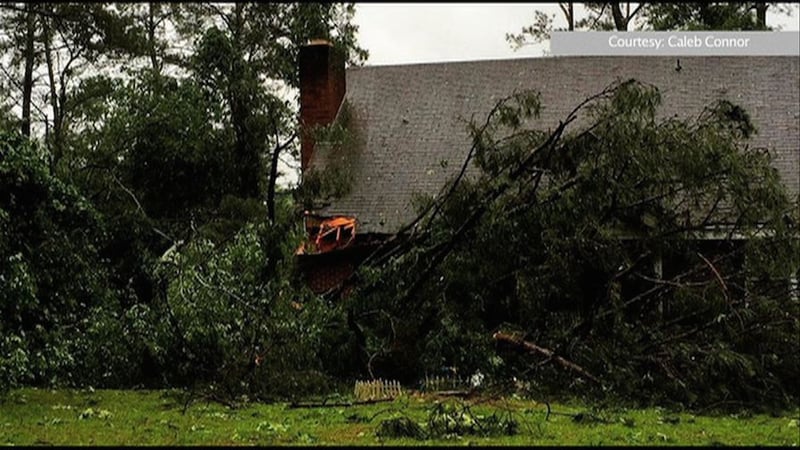 Strong Storms Move through the Southeast 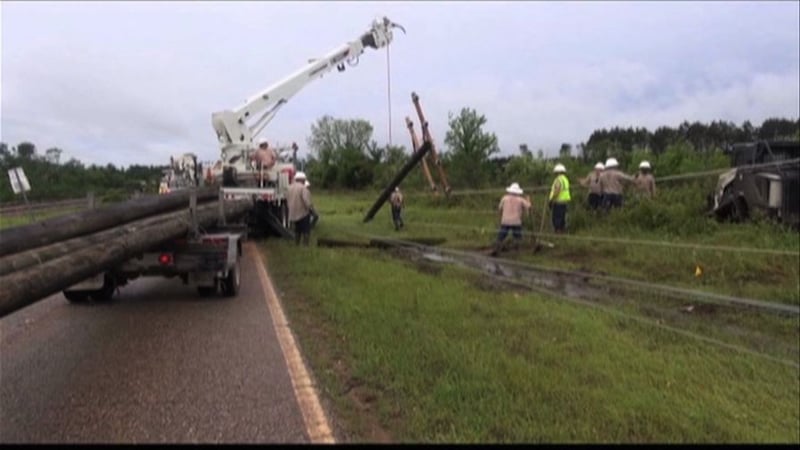 Powerlines were knocked down as apart of the damage across the southeast.

By: Ryan Fullam
Severe storms hit South Carolina Sunday with heavy rain and tornado like winds in some areas. SCE&G reported a little over 9,000 instances of power outages across the state.

Many trees across South Carolina were knocked over by the heavy winds, including one on the USC campus near the Women's Quad.

The National Weather Service confirmed that at least five tornadoes touched down in South Carolina, including one on the south side of Lake Murray. Damage included numerous fallen trees and a pontoon boat that was overturned.

Aiken County saw wind speeds that were estimated at 115 mph, with the most significant damage located in Woodside Plantation and Aiken Estates. Many large trees feel in the area and caused damage to many homes in the neighborhoods.

South Carolina was not the only area that was largely effected by the storms as much of the south was left to clean debris Monday in the aftermath of the damage.

Golf ball sized hail fell in parts of Arkansas and two tornadoes struck down in Alabama, knocking over train cars and power lines. Neither tornado caused any injuries or fatalities, but they both caused severe structural damage to buildings in the area.

The destructive aftermath of the storm did not end Sunday night as a women reportedly died Monday morning after a tree crashed into her home. Fire officials said they tried to enter the home but the oak tree had made the structure too untestable to safely enter.

These storms made their way up the coast Monday night as D.C. had torrential rain, lightning, hail and flooding concerns. Tornado watches were in effect throughout the evening, but no tornado warnings were ever issued. However, wind gusts did reached 45 miles per hour in Arlington Virginia.