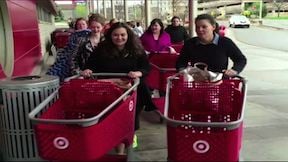 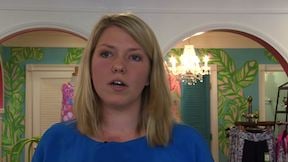 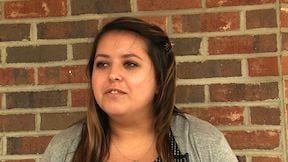 The 250-piece collection features items in 15 exclusive prints at prices about half the price of regular Lilly Pulitzer designs.

The entire Lilly Pulitzer for Target line was sold out within minutes of the doors opening at Target stores across the nation. Target's online store was also temporarily taken offline because of the traffic it received from customers.

Pink Sorbet sells the Lilly Pulitzer designer line in its boutique in Columbia. Store owner Sarah Beth Baxley says she loves the attention it is bringing to the brand name.

“I think Target has done an awesome job of advertising,” Baxley says. “People are recognizing the Lilly Pulitzer name now maybe when they didn't before.”

The success of the Lilly Pulitzer sales brought customer excitement, but shoppers unable to get the line were not so happy.

Alexa Velichovich says she noticed people reselling clothes they bought from Target once the line sold out.

“It's disappointing because there were people that wanted that stuff and they are just trying to make a profit and they don't even want the item,” says Velichovich.  “I just thing that's rude.”

Items in store and online are still sold out and there is no word on whether Target plants to restock its Lilly Pulitzer line.