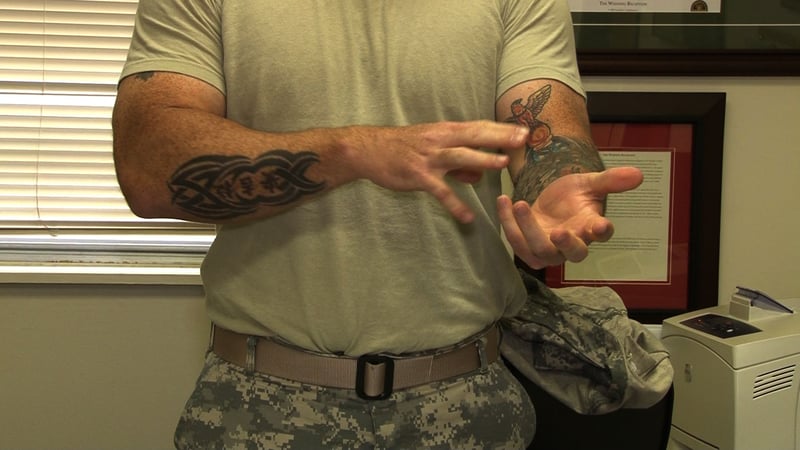 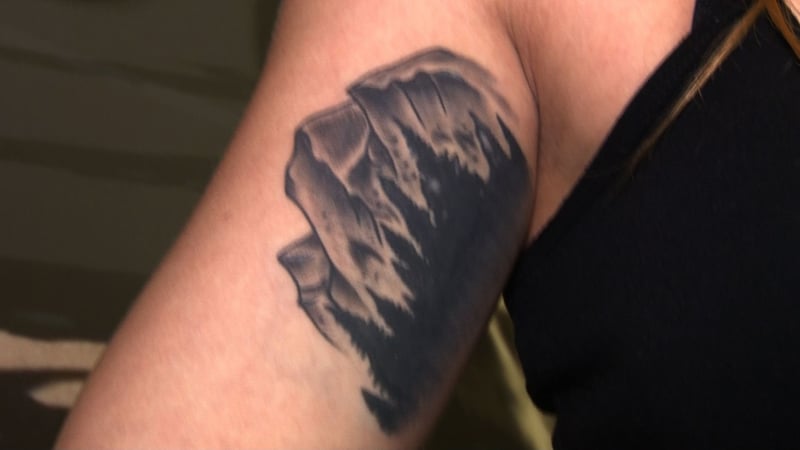 Tattoos such as this one on cadet Christine Gambel could have been a concern, but no longer are. 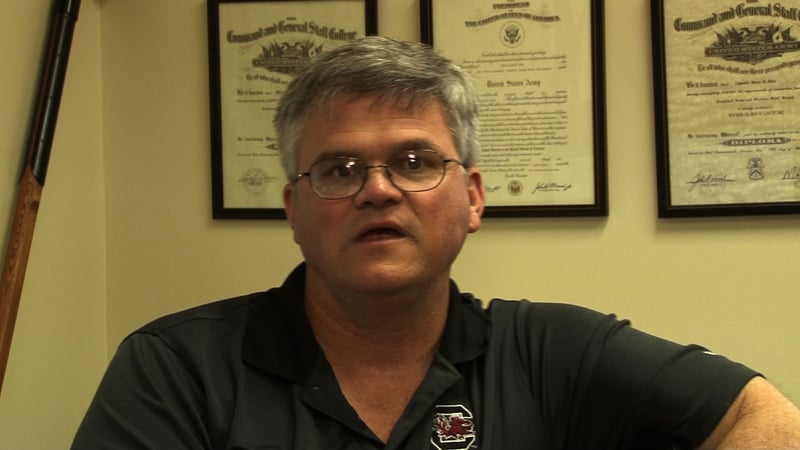 The U.S. Army changed its tattoo, branding and mutilation policy to make it more lenient and less confusing for soldiers.  The Army's tattoo policy has always prohibited extremist, indecent, sexist, racist or gang related tattoos.  That is still the case.  The new policy states that tattoos or brands, must not be visible when the Army ACU uniforms are worn.  This means no tattoos on the face, neck, hands or wrists.  Whereas the old policy stated that tattoos needed to able to be covered with your hand if visible in PT uniforms on the arms or legs.

Cadets at the University of South Carolina ROTC center seemed happy about the change.  Many of them, like Paul Goulet have tattoos and he says he may add more with the Army's new more lenient policy.

Goulet's friend Christine Gambel is also looking forward to getting more ink, and thinks this is a step in the right direction for the Army.

“I'm extremely excited about the policy because it opens a lot of doors for everyone who's entering the military or already in the military,” Christine said.

She already has two tattoos on her arms that caused her some concern.  Now she's planning on getting a quarter sleeve done, complete with stars, moons, a flower stretching across her chest and an American flag.

Erin Vanslyke is another cadet who is proud of the Army for keeping up with the times.  She thinks this policy will help change the stigma around tattoos.

“I mean at most jobs today...people have tattoos.  I think it shows that the army is progressing and taking into account society today and that tattoos aren't necessarily a bad thing." Erin said.

Recruiting Operations Officer Berry Hale says policies like this change when there is a change in command, or whenever the Army needs an increase or decease in soldiers.  He says the policy changed this time because it was causing too much confusion.

“Anytime we can make the doctrine, or in this case the regulation, more follow-able it makes the Army better,” Hale said.

One man who is no stranger to tattoos works right in the ROTC center.  Sergeant First Class William Klein teaches military science and both of his arms are covered with ink.  He got them before the old policy was in effect.

“It's your body, you should be able to do what you want with it.  If you want to put ink on it that's fine, but there's rules and regulations for a reason in the Army.  Yeah we need to act and look professional, but when you have your uniform on, does it really mater?" Klein said.

Christine is happy that this will make for more individuality in the Army of one.

“The military kind of subjects you to being one person. So everyone is the same, wearing the same uniform and this gives us a way to express ourselves.  If we're an artist we can be an artist, we can be more of a person than just the uniform,” Christine said.

Although the current tattoo policy may change in the future, soldiers are welcome to continue getting tattoos to express individuality as long as they follow the rules.