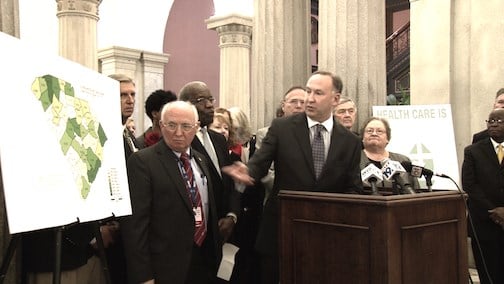 Democrats and Republicans come up with joint plan to insure over 200,000 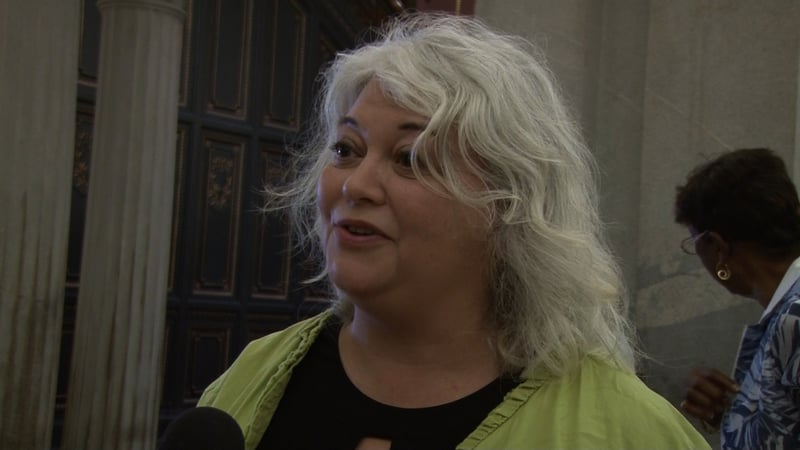 Shelli Quenga says these people who are not covererd are working citizens, and they deserve health care coverage. 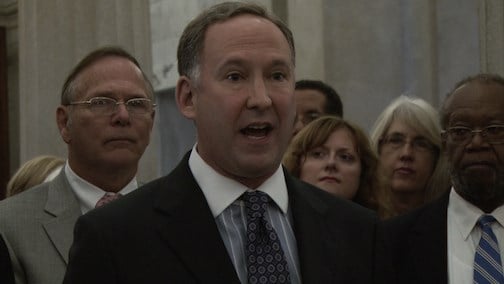 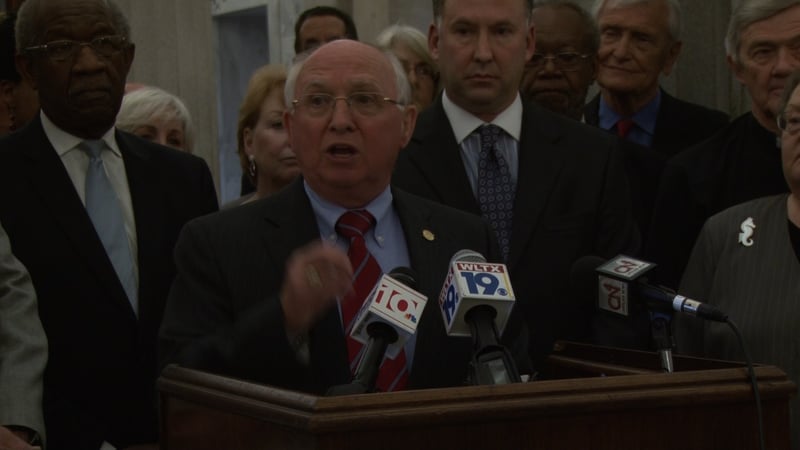 Senator Paul Campbell says it's time for South Carolina to provide their citizens with what should be a right for them.

Nearly 200,000 South Carolina workers have no health insurance and are forced to go to either ignore a health problem or vosit an emergency room for health care needs. It's what some state senators are calling "the gap", workers make too much money to qualify for medicaid, but not enough to afford their own insurance plan if their employers don't offer one. That's why republicans and democrats came together to create a plan.

People from all around the state gathered Tuesday to hear senators propose their new plan called Healthy SC. It promises to provide coverage to more than 200,000 working South Carolinians who cannot afford health insurance.

Shelli Quenga is Director of Programs at Palmetto Project. She says she sees these people everyday.

That's why Quenga said she went to hear what the senators had to say. She says she wants to be a voice for those who cannot afford their own coverage.

Senators say they have the same intentions.

"To provide people what should be a right for them, which is health care, so that they can have a healthy, normal life," said Republican Senator Paul Campbell.

The Healthy SC plan would use both state and federal money to help those who earn $15,000 or less a year to buy private health care insurance.

"If not this, then what? If people want to shoot this down, and we think it makes good sense, don't shoot it down with political rhetoric, shoot it down with another alternative to help the people that we are supposed to help. That's what this is about," said Democratic Senator Joel Lourie.

Republican senators Paul Campbell and Ray Clearly agreed with democrats Joel Lourie and John Mathews to make moves quickly to enact this plan to cover those without coverage.

Governor Nikki Haley says she will fight this plan because she feels it will hurt both the state's budget and the job force.

Senators say they will continue to work closely with one another to finalize plans for the budget and provide coverage for working South Carolinians.