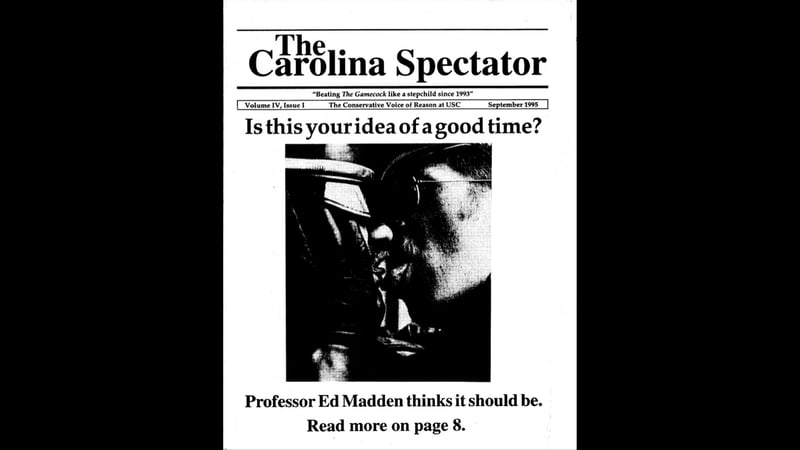 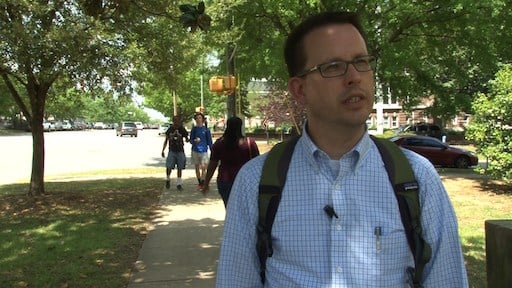 Dr. Ed Madden stands on the sidewalk where he was once afraid to walk home due to discrimination. 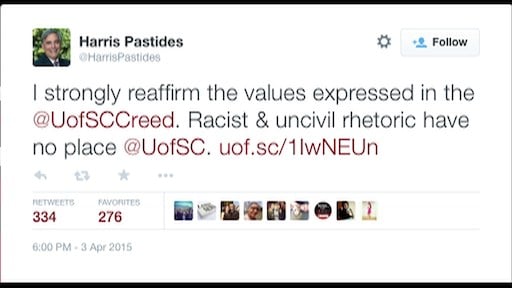 
The new USC law school is being built on Pickens Street which is a signal of clear progress for the school, but this street wasn't always the sight of positive light for the school.  At one time it was one professor's biggest fear to walk down.


Rewind the clocks to 1995, then young English professor Ed Madden sees himself on the cover of a student run magazine on campus for all the wrong reasons.  The magazine featured the words "Is this your idea of a good time?" with the a picture of two men kissing on the front, and just below that it read "Professor Ed Madden thinks it should be."  The headline was only a small part of an article that made fun of Madden for his sexual orientation, and invited students to contact Madden about it.  It then listed out Madden's phone number and home address.

"I stopped walking home at night I just thought even if it wasn't risky.  It felt risky just because that felt like it just felt unsafe. It felt dangerous,” Madden said.

Noone was held accountable for this action by USC.  Out of fear from the article which he labels "an open invitation to a gay bashing" Madden decided to take his number out of the phone book, and moved soon after.


But times have changed, and so too has USC.  Just look at the recent incident with a USC student who was seen in a picture writing racial slurs on a white board.  Students were outraged, and unlike before, the school responded.  Just hours after the picture first surfaced the school tweeted out direct opposition to it, and USC President Harris Pastides did the same.  The student was suspended indefinitely.


The school took further action by hosting a discussion panel in the Russell House Ballroom.  Students took turns over the two hour period questioning why people think  discrimination still has a place on campus.  The event featured USC's first ever Chief Diversity Officer John Dozier who just took the position earlier in the school year.  Dozier believes the atmosphere USC has been building has led school culture to embrace diversity on campus.

“What we do is we create an environment where everyone feels like they belong where they are valued, where their contributions are valued," said Dozier.

The evidence that the school has taken the initiative to create this environment is exemplified in their diversity programs.  These include the Gamecock Guarantee which promises education to first generation college students who are academically gifted that come from low income families.  Or, the Intercultural Training Program which educates Professors on how to engage people from different cultures at the same time in the class room.

The message is clear from the university that discrimination will not be tolerated, and diversity will not be embraced.  The school expects all students to respect and accept people from all identities.  This culture change is why Madden has raised through the ranks at USC to become the Director of Women's and Gender Studies and now feels safe walking on campus.