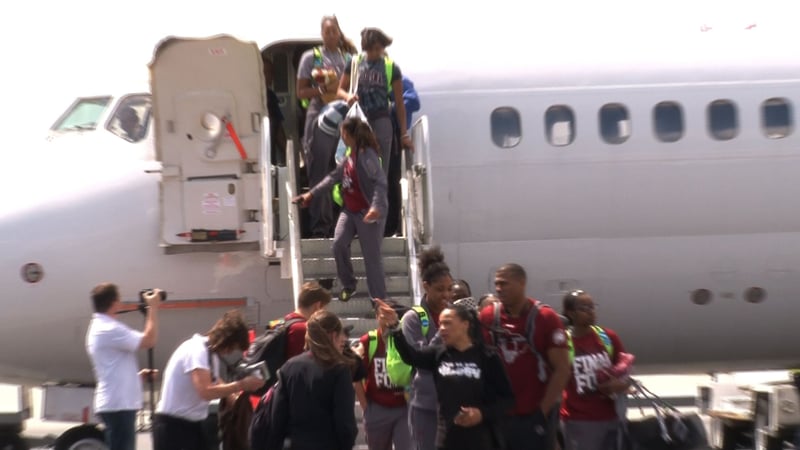 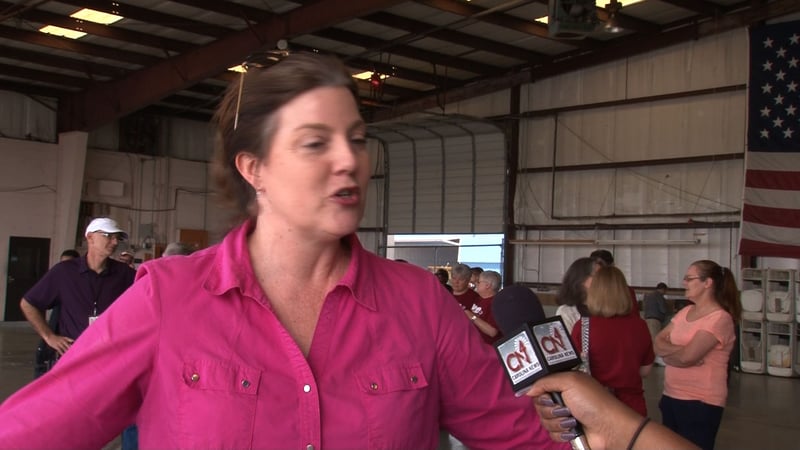 Janie Goldbold says she adores all of the girls & Coach Staley's hard work. 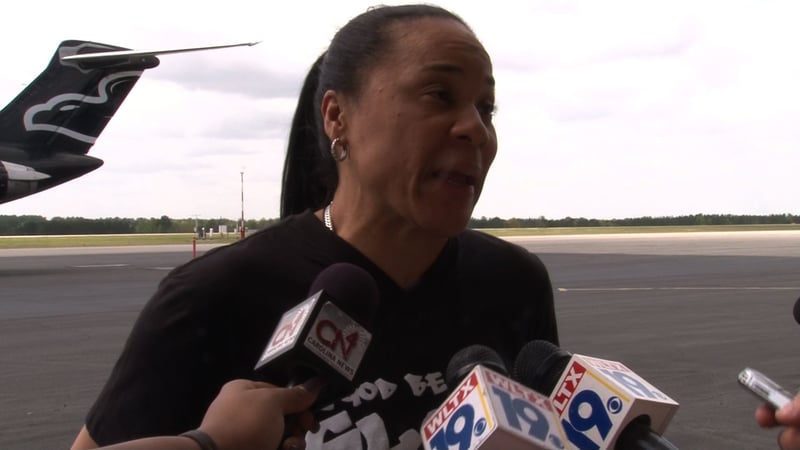 Head Coach Dawn Staley says she and other coaches played around with next year's starting line up on the plane ride back home. 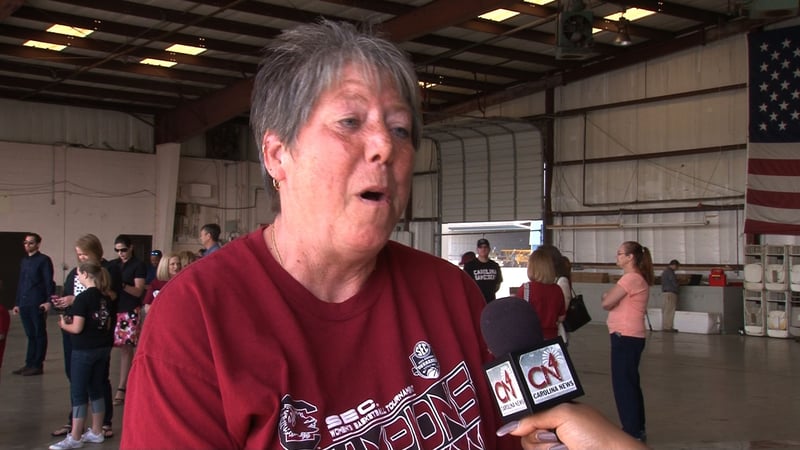 Sharon Ratliff has been a Gamecock fan for over 30 years and says she couldn't be more proud of the girls.

The USC women's basketball team returned to Columbia Monday afternoon after being knocked out of the final four by Notre Dame in the Semi-Finals.

Fans gathered at the Eagle Aviation Terminal with signs, USC spirit towels, and their Gamecock gear to welcome the team back home.

The players and Coach Dawn Staley stepped off the plane into a crowd of supportive Gamecock fans.

It was tough for fans to watch the Lady Gamecocks come up one point short to Notre Dame, but the fans are still proud of all of the team's accomplishments. This is the first time in USC school history that the women's basketball team has advanced to the Final Four round of the NCAA Tournament.

“We are just here to welcome them back and let them know they are loved,” says USC fan Janie Goldbold.

“It was sad to see it end like it did, but they have taken this basketball a lot further than anybody's ever taken it before and Coach Staley is just awesome,” says USC fan Sharon Ratliff.

The girls and Coach Staley were happy and thankful for the welcome back support they received from Gamecock nation.

The team will be losing three seniors, two of them who are starters, but Staley says she is already looking forward to next years season.

“We aren't far from a National Championship if we continue to improve and hold each other accountable for playing excellent basketball every time we step on the court.”

The Lady Gamecocks ended their season with an overall record of 34-3.