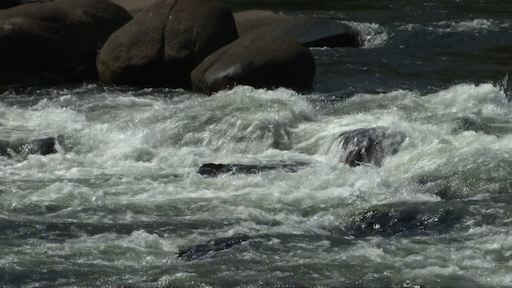 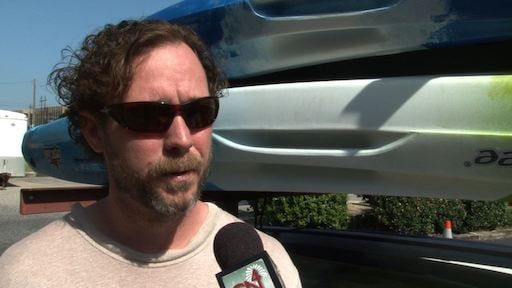 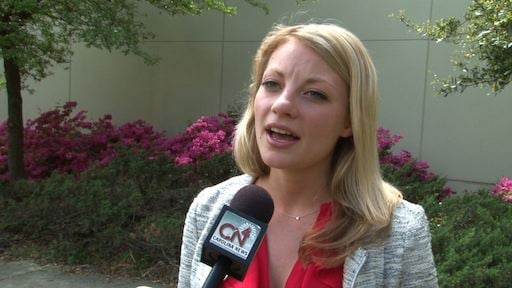 Olivia Weaver says she almost drowned in the rapids.

Spring has sprung, summer is approaching and many people are heading to Columbia's Riverwalk to enjoy the warm temperatures. At the start of the Riverwalk, the Congaree River is a relaxing spot for swimming, fishing and kayaking with near still water. But a little ways down stream you will find yourself in rough water as the river narrows and turns into rapids.

There are six classes of rapids. Class one being the most moderate and six being the most extreme. The Congaree River has the potential to reach class four where the current becomes fast and rapids are long and difficult to maneuver.

Sunday Olivia Weaver went kayaking with her friends. She says she underestimated how dangerous the water can be.

"It was so scary and at one point I thought I was going to have to give up because I didn't think they were going to reach me in time because my feet at the end were all the way under me and I was only holding on by my hands," said Weaver.

Weaver was stuck. She said she didn't think she was going to be able to get out.


"All of a sudden the current dragged me under a rock and I got entrapped, so the rock was stuck on my foot and my foot was getting slid under and the current was so bad that one of my feet was out from under me and I was holding on with my other foot and my shoes were off so I was slipping and my hands were holding on, but because the current was so bad that it dragged me under and if I had let go with both my feet I would have been completely under the rock and would have drowned," she said.

Weaver's friends were able to get to her in time. They pulled her out of the water and brought her to safety.

Harley Barber owns a Columbia kayaking rental business called Get Your Gear On. He said he saw a rescue first hand a year ago this week.

"Emotionally a person goes through all kinds of highs and lows working out what the possibilities could have been, but ultimately a life was saved and that's pretty outstanding," said Barber.

Harley says to make sure you follow strict guidelines: keep your feet and head above water, arch your back, always wear a life preserver and wear a whistle to signal when you need help.

"I'm just relieved my friends were there. They took action and it all worked out in the end, so someone was watching over me," said Weaver.

Weaver said even though the incident was traumatizing, she's glad she stuck it out and is ready for her next kayaking adventure.