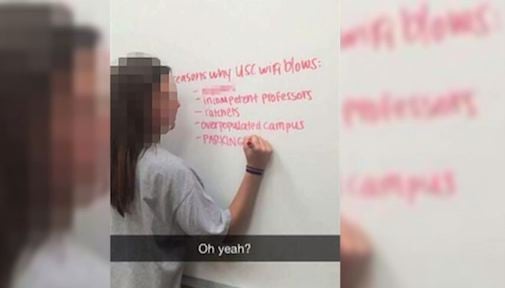 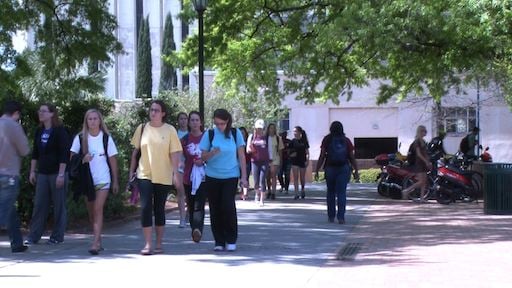 Students on USC's campus were outraged and disappointed after the photo went viral. 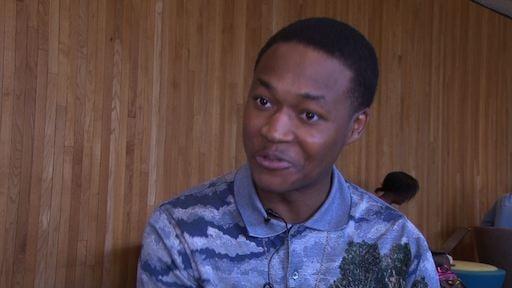 President Aaron Greene of USC's Association of African-American Students tell his thoughts on the photo. 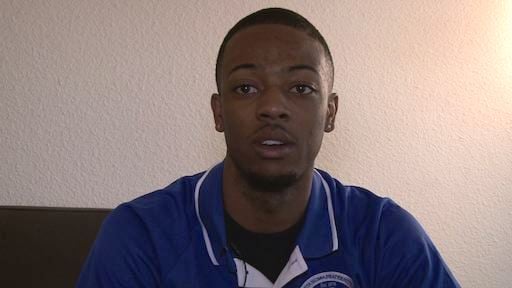 Fraternity Council President Tim Bryson speaks about his disappointment after he saw the photo.

A University of South Carolina student is being investigated and is now suspended after a photo of her writing racial slurs on a campus white board took over social media. Students on USC's campus had mixed reactions after the photo went viral.

The photo shows a white USC female student writingon a whiteboard with a slur about African-Americans.

The picture was taken via Snapchat, an app designed to delete messages after a few seconds. However, a screenshot was taken and went viral.

The student in the photo is of a former Kappa Delta sorority member. Greek leaders are outraged but are staying true to their values as they handle the incident.

“One thing we need to do is not get too upset and not get too riled up as far as letting our emotions overpower us and really stay true to our values and who we are," says Tim Bryson, Fraternity Council President.

Bryson says that the USC student should remember that she is representing more than herself.

"It's not just about her. It's about the commitment that she previously made to KD and to the Carolinian Creed when she enrolled at USC," says Bryson.

“It was just sad. It was kind of like, why would you even use that derogatory word against students that you sit in class with, you put a smile on your face with, you greet…. But you have these feelings of kind of…. ill… kind of hate. I just don't understand, says Greene.

Campus leaders, including Greene, will be hosting a meeting on Wednesday to discuss how to handle the racist remarks.

“I think that's the best action to take. It's great to post on Instagram to show what someone did but to take action…. That puts a lot of pressure on the University to take action and we saw that promptly. They let the student body know that that would not be tolerated here," says Greene.

USC issued a public statement about the incident saying, "Respect for all and the University of South Carolina Creed are our USC values. Racism and incivility are not tolerated. Situation being investigated."

“It's not right. There's no place in USC or the world for that," says Greene.

The university is still investigating her racial remarks and has not yet made any changes in their decision to suspend her.