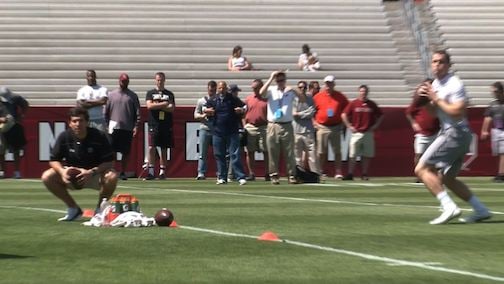 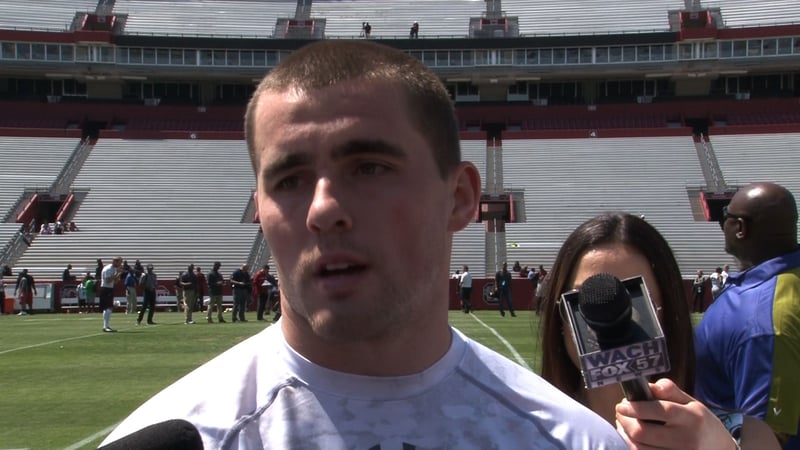 Dylan Thompson says he is satisfied with his performance and is excited about his future. 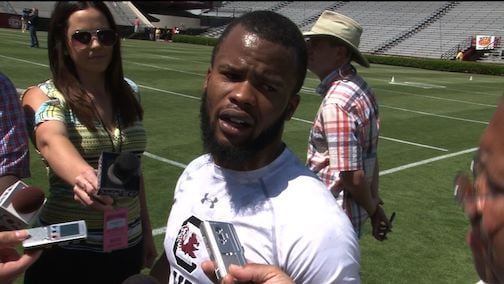 Nick Jones praised Thompson's performance on the field and says he can now relax.

South Carolina hosted its NFL Pro Day Wednesday at William's Brice Stadium.  USC football players showcased their talents for 28 NFL scouts as they evaluated their performance in a series of drills.

Dylan Thompson and Nick Jones were among former Gamecocks who  had one last chance in their home stadium. This last chance was particularly special for Thompson and Jones to be on the same side of the field  considering the two have been playing together ever since they were in middle school.

“Being able to go through the process with someone from that young all the way up is a blessing and Nick is a great guy,” says QB Dylan Thompson.

The duo demonstrated their life-long friendship on the field yesterday. Dylan completed all of his passes and Nick did not drop any passes thrown to him.

“It helped a lot. Dylan and me have been dating back ever since middle school and we have been throwing and catching together for a while now…from freshman year of college to senior year. It helped out a lot,” says WR Nick Jones.

While the two competed at  NFL Pro Day with possibilities of playing on opposing teams in the future, the duo both said that no matter where they end up on the field that their friendship will stay strong.