Popularity of craft beer trend comes at a cost - DatelineCarolina 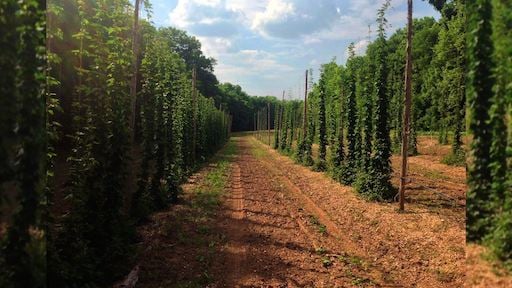 Popularity of craft beer trend comes at a cost 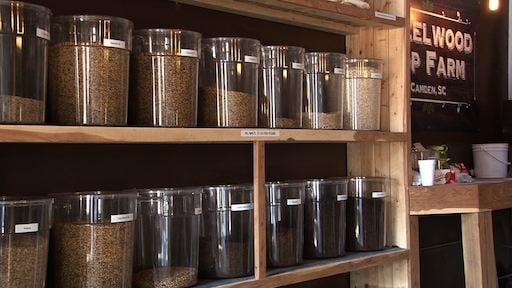 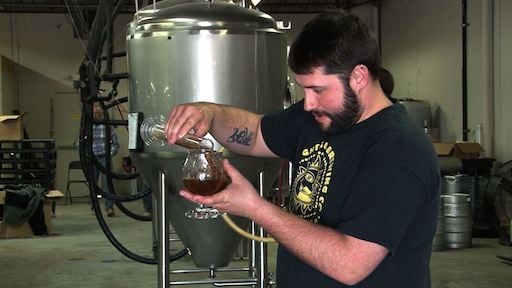 Local breweries like Conquest try to use local hops when making their beer.

Rodgers' grows, sells, and makes his own beer using hops that he grows in South Carolina.

Craft brewing is the newest trend among America's beer lovers, but the craze comes at a cost. BusinessWeek reports that while this new trend is gaining popularity it is also draining the nation's hops inventory.

Brewer demand centers around hops, a flower that is a key ingredient which changes the flavor of beer. Hops are costly because they don't yield that much and can take up to five years to hit full production. BBC News reports that the price of hops in the US has doubled in ten years.

South Carolina farmer Matt Rodgers started growing hops after he found out about a shortage in 2006.

"Hops went from relatively cheap to extremely expensive in a short amount of time, so I was trying to capitalize on that by growing something cool and something different in South Carolina," said Rodgers.

Rodgers owns the Hazelwood Hop Farm, the only one of its kind in South Carolina. The farm has grown to 600 plants in nine years and is all organic with solar panels and a drip irrigation system.

Growing hops in South Carolina's climate is no small feat, and after hard work Rodger's has turned doing what he loves into a profit. He supplies his hops through Hopyard Brew Supply to homebrewers, local breweries, and also brews beer at Old Mill Brewpub using his own hops.

Columbia craft breweries like Conquest try to use mostly local hops made in the community like Rodgers' hops.

"Whatever were able to get from him, we enjoy using local stuff since were a local company. Local is a big focus now and we like it that way," Joseph Ackerman, Conquest Head Brewer said.

BusinessWeek reports that craft brews now make up almost eight percent of all beer sold in the US. An average beer uses 0.2 pounds of hops in every 31 gallons but craft brews can use as much as 1.25 pounds.

A CBS article predicts the hops shortage could be especially painful this year for craft brewers when the big beer companies bring their wallets to the table. These beer industry giants are snapping up small craft brewers and will need more hops than ever.

With the battle between craft brewers and big beer companies underway, hops farmers will have a tough time keeping up with the demand.

"You have to start way ahead of time if you want to be able to provide enough hops to supply the market," Rodgers said.

The change has led to an increased number of hops farms, many of which are small and supply a local market like Rodgers' farm.