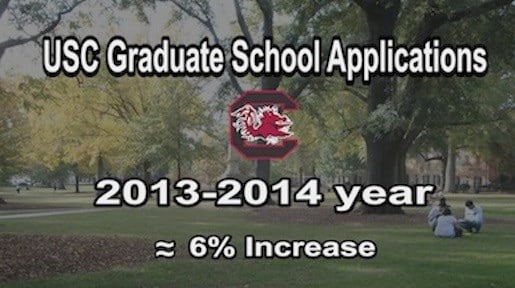 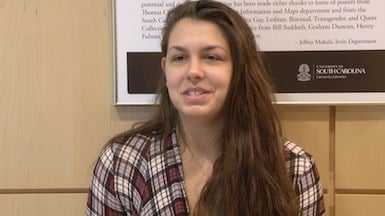 Madison Bourne plans to enter graduate school in the fall to increase her chances of getting a job. 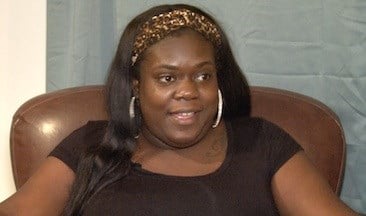 Brittany Pointer, a first year graduate student who went to graduate school to boost her chances of getting a job.

The study shows the number of students wanting to earn their masters degree has increased by nearly 16 percent since 1974.  But according to Madison Bourne, senior Women's Studies major at the University of South Carolina, that is not enough.

"I think that it's something that everybody needs to think about...at least think about," Bourne said.

She plans to earn her masters in sociology and says getting a bachelors degree is simply not good enough these days.

"There's not a lot of options with just a Women's Studies bachelors degree, so you have to go into something higher," she said.

Madison isn't the only person who feels this way.  Brittany Pointer is a first year graduate student at USC.  She earned her bachelor's degree in psychology, but did not feel like that was enough for today's tough job market.

"Everybody was telling me...you know in psychology you have to get a Masters or PhD. in order for you to get a job," Pointer said.  "If you do get a job it's not going to pay well and I was like well...that's not where I'm trying to be, so I was like grad school.  I had no choice."

Graduate school applications in for the 2013-2014 school year at USC increased by about six percent from the previous year.

Wright Culpepper is assistant director of recruitment for the University of South Carolina graduate admissions office.  He says more students are getting their bachelor's degree and that is a big factor in why the job markets are so tough.

"Probably the most important reason or the biggest factor is that the job market itself, even without taking into account the global recession, is far more competitive," Culpepper said.

He says it's societal growth that has stimulated competition.

"If you look at our grandparents' generation, they pretty much needed a high school diploma in order to survive in the job market," he said.  "Our parents generation really needed a college education, a bachelor's degree.  And now you're really needing a masters in a lot of these fields to be competitive."

But, Mark Anthony, associate director for career development at USC, says there is hope for college students who do not want to go to graduate school.

He says it's important for those students to start planning out their goals from the very first day of college.  Anthony believes being actively engaged in the classroom, as well as outside the classroom, is vital because most employers are searching for leaders.

Brittany and Madison, however, believe getting their masters will give them an advantage over the competition.