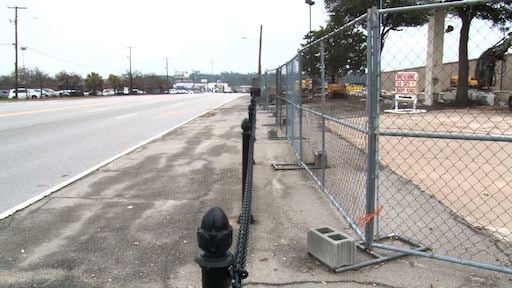 The South Carolina State Fairgrounds are receiving major renovations with three new projects. One of those projects is a sidewalk that will make it safer for pedestrians heading from the fairgrounds to Williams-Brice Stadium for Gamecock football. Crews are also building an outdoor plaza and new building space.

State Fair General Manager Gary Goodman says this project has been in the works for a long time.

"This is something we've been working on for four or five years," Goodman said.

Goodman was blunt when saying walking along the street during football games is dangerous.

"Let's be real about it. When you have a South Carolina football game alcohol becomes involved. If you are walking in the street under the influence there is a higher chance something is going to happen," he said.

Students at the University of South Carolina who go to these games are concerned about their own safety and ready for a sidewalk.

"A lot of places don't even have sidewalks so you're walking right on the edge with cars and beers hanging out. It's like really close to getting hit almost,” said freshman Michael Flanders.

Sophomore Evan Katz says he's excited for how nice the area will look. He also says he's ready to use the new sidewalk.

"It's a great idea, especially with that side where they're putting it in on the fairgrounds. That's going to make it look so much better. I know their trying to revitalize the area and not only will it make it much safer but make it look a lot better,” Katz said.

Goodman says some projects may take longer than others, but come fall the gates will be open and ready for business.