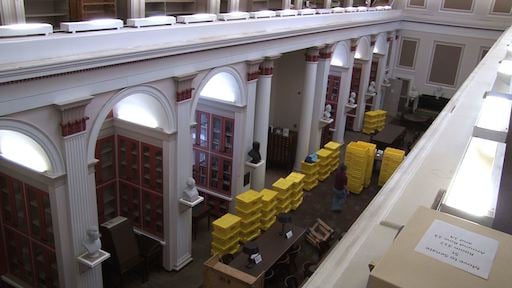 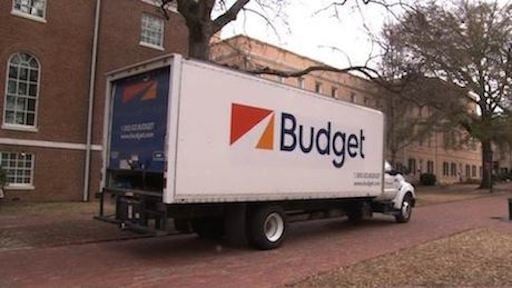 Trucks will help move collections across campus to their new locations. 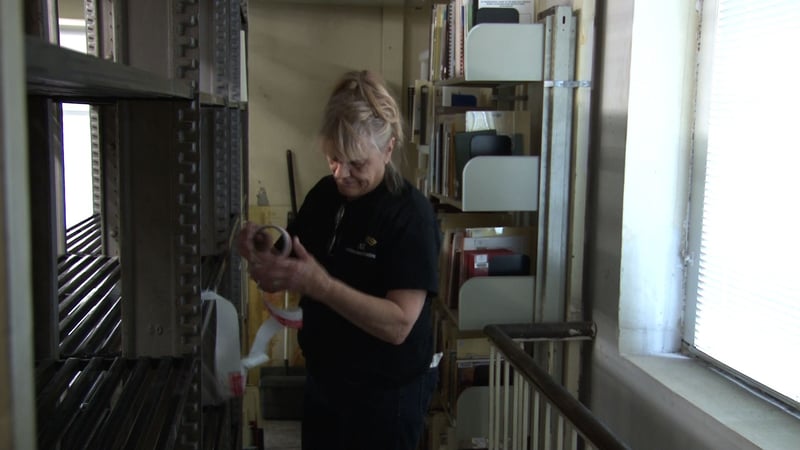 Workers organize archives to preserve them during the move.

The South Caroliniana Library is temporarily closed for renovations to help modernize the building; which includes making collections easier to access. The building was the first free standing library on a college campus and is currently the oldest functioning college library in the United States.

Movers are relocating millions of documents, mementos, and art works to other on-campus sites to protect them during the renovation.

The library holds documents that trace the history of the state through the Revolutionary War, the Civil War and to modern times. The library also maintains the largest collection of South Carolina newspapers gathered, as well as archives for the University of South Carolina, dating to its founding in 1801.

The changes include improving the buildings ability to detect fires, climate controlled storage for delicate documents, and new library stacks will be placed on rollers for easier access. The renovations are estimated to cost $5 million dollars as apart of the universities budget.

Library Director Henry Fulmer says the renovations of the library may take several years, but the staff is trying to make sure the state's citizens and scholars have access to these vast collections.

"The renovation allows us to more capably care for these documents, these treasures of our state," said Fulmer.

A firm that specializes in moving archives and libraries is helping pack and move the collections. They are being moved to several different locations at the university, including the university's main Thomas Cooper Library.

The libraries second floor will be re-opened to the public starting March 1.