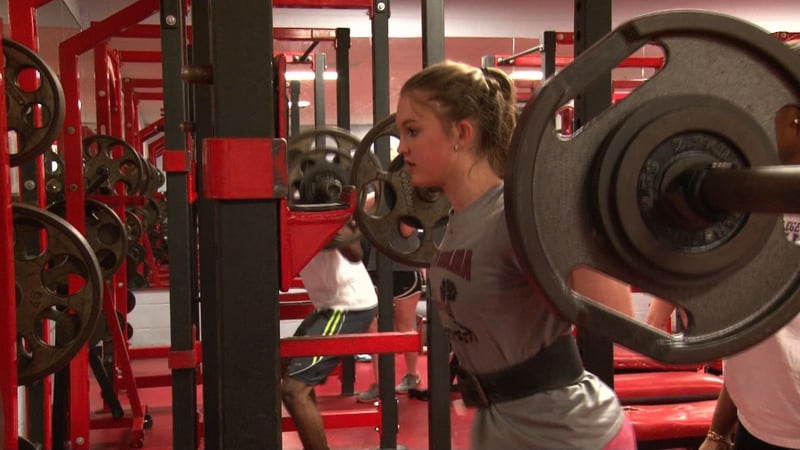 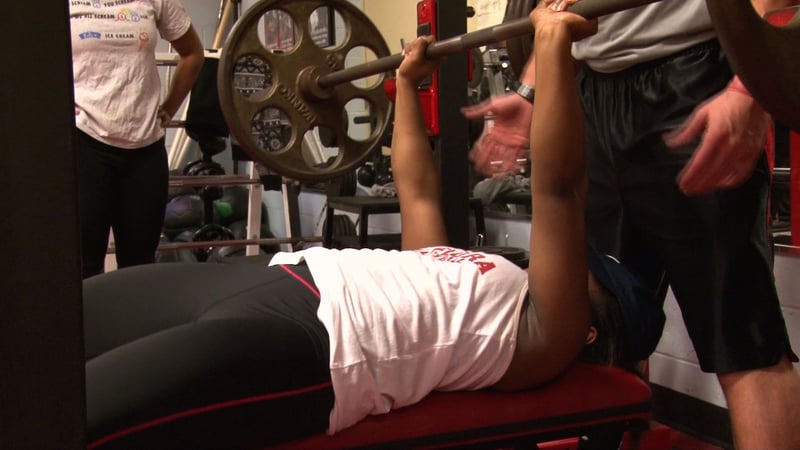 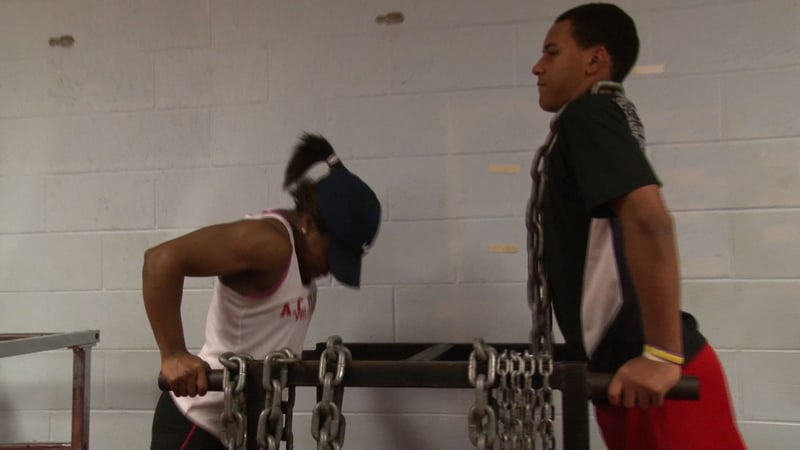 Taylor Smith does weighted dips during her morning workout.

You can find weight rooms in high schools across the country. Athletes at AC Flora high school in Columbia work out with Strength and Conditioning Coach Micah Kurtz in "The Lab."

Rooms filled with the sound of crashing iron have been traditionally deemed a "man's world," but at AC Flora, they beg to differ. Kurtz says the girls in his class understand that "strong is the new skinny."

Sophomore Ashton Rieger has taken the weighlifting class for two years as a way to get stronger for volleyball season. For Rieger, lifting weights has turned into a point of pride.

"Guys from other schools would be like, I squat this much. And I'd say, yeah I squat 210. It's really funny to get that reaction," Rieger said. "If a guy comes up to me and tries to act tough, my guy friends will be like 'she squats more than you bro, back off', so that's really fun."

The program has likely had the biggest impact on senior Taylor Smith. She started taking the class her freshman year, after she was forced into it by her basketball coach. After she saw her performance on the court improve, it was weightlifting that she began to fall in love with.

She lifts more weight than most of the males in her class...and at her school.

"I think it's pretty cool, the fact that guys are looking at you and respecting you, like woah, she can really hang with me... it's cool," Smith said. "I think that they think girls are supposed to be weaker than them. But we get in here and do the exact same thing."

Smith says that lifting creates a self-confidence that, at this point in their lives, many high school girls might be missing. As far as the stereotypical gender gap you find in weight rooms, she lives with the mentality of "if you can do it, I can do it too."

She's taking that mindset a step further. In two weeks, Smith will compete in an all-girls strength competition. But in March, she is preparing for the boys meet.

So how exactly did she convince the event staff to let her compete?

"Pretty sure they don't know I'm a girl yet. They probably won't know until I walk in there that Saturday. I want to get out there and show its not just boys that can actually do it. So if I can hang with them, I'll hang with them for as long as I can," Smith said.

The fearless mentality that Smith has is just one of many among the female Falcons at AC Flora. They are all trying to prove a similar point: strong is beautiful.