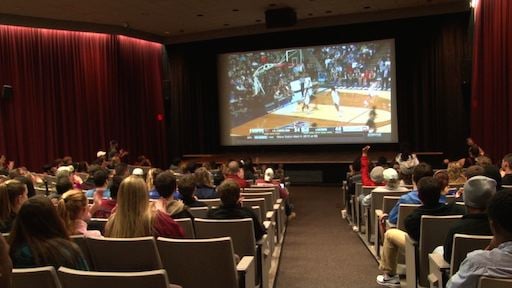 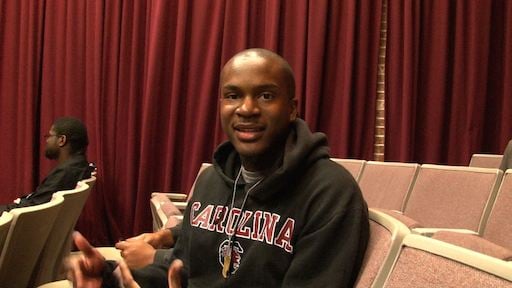 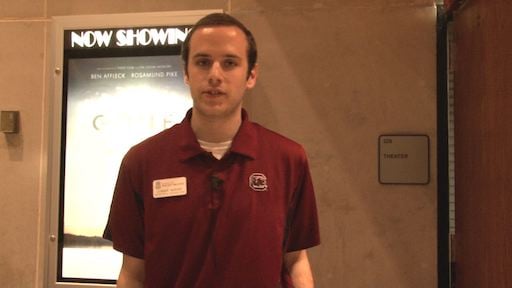 The University of South Carolina women's basketball team traveled to Storrs, Connecticut to face off with the number two ranked University of Connecticut Huskies Monday night. Gamecock fans were undoubtedly out numbered by UCONN fans in Gampel Pavilion, but in the Russell House Theater in the heart of USC's campus students filled the seats to watch the lady Gamecocks play.

USC's Russell House hosted a watch party for fans who wanted to be together and watch the highly anticipated match up on the big screen. The event attracted a variety of students grateful for the opportunity.

"I've never watched a game, like on a big screen, in the Russell House so I thought it would be a great experience," USC student Time Shaw said.

Russell House employee Connor Morvey said they decided to host the party because of all of the hype, knowing that it's a big game.

USC students came expecting to watch the lady Gamecocks dominate the Huskies but the game started off rough and lowered the fans once high spirits. Numerous turnovers quickly launched the Huskies into the lead 47-30 at the end of the half.

Frustration sent some students to the exits and others on the edge of their seats. When the reality of the game sank in students like Katie Smith remained positive.

Smith said, "Like seriously, number one and we lost. It's okay though. Next time, next time."

The lady Gamecocks lost 87-62. They will host the LSU tigers at the Colonial Life Arena Thursday at 7 p.m. For a more detailed account of the USC vs. UCONN game visit Gamecocks Online.