The Horsehoe lights up with a candlelight vigil - DatelineCarolina 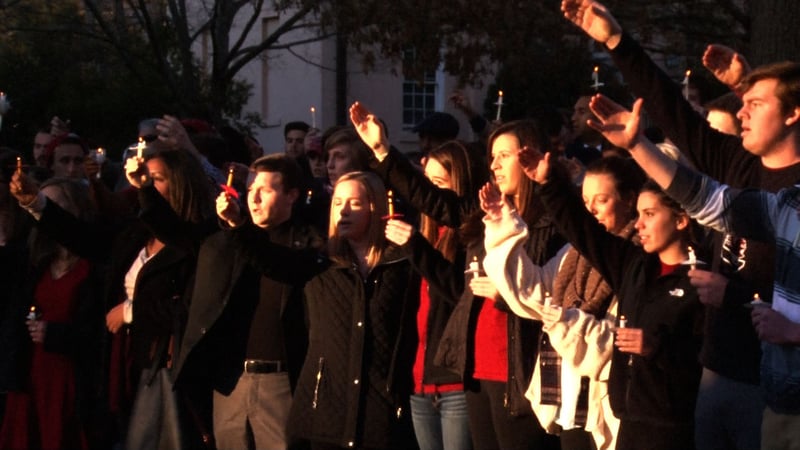 The Horseshoe lights up with a candlelight vigil 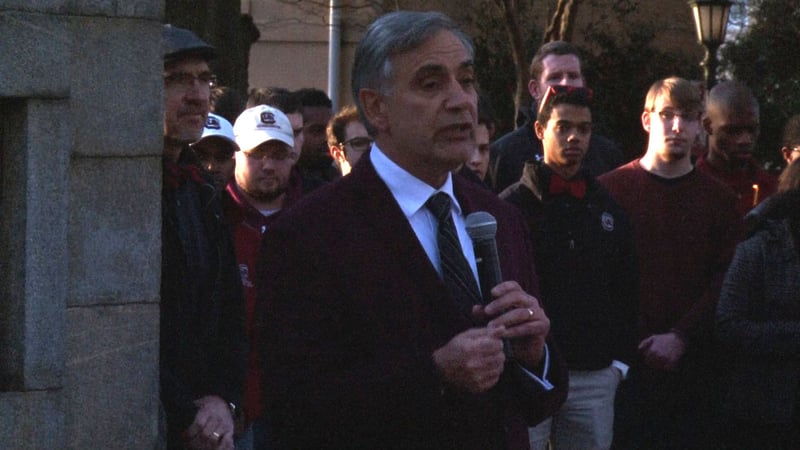 USC President Harris Pastides speaking at the Horseshoe on Fayad 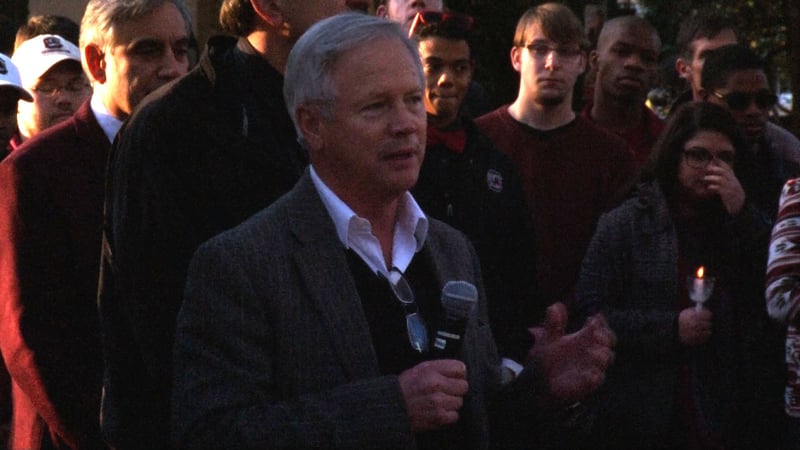 Close friend, Larry Durstine speaks on how great Fayad was.

The USC community reflects on the lost of a well-liked professor, Dr. Raja Fayad.  Police say he was shot and killed by his ex-wife who then committed suicide.  The shootings happened Thursday in Fayad's office in the School of Public Health building where he was graduate director and head of the Applied Physiology.

President Pastides told the group he had met with Raja Fayad's brother the day after the shooting and said it was extremely difficult to do.

One of Fayad's closest colleagues, Larry Durstine, said he was devastated when he heard the news. He said he was inspired when he arrived at the Horseshoe and saw how many people had showed up.

"I use it (the ceremony) as reinforcement for me to go back into the classroom and back into the lab and work as hard as he did." Durstine said.