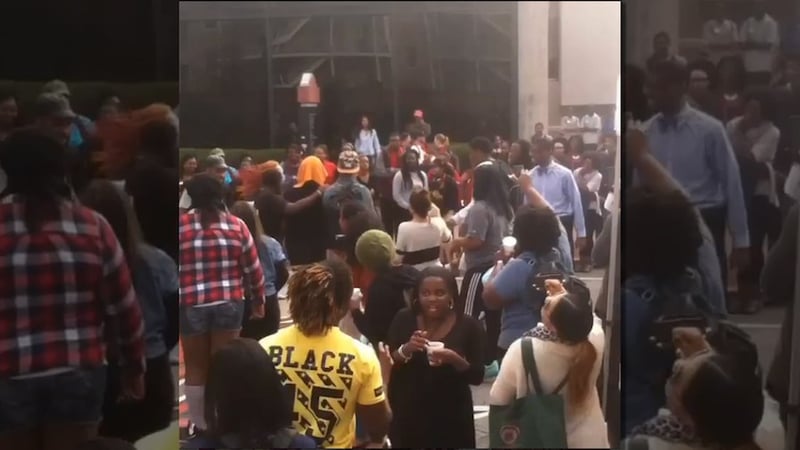 Accouting Masters Student says Hip Hop Wednesday made her feel like she wasn't alone at a predominantly white campus. 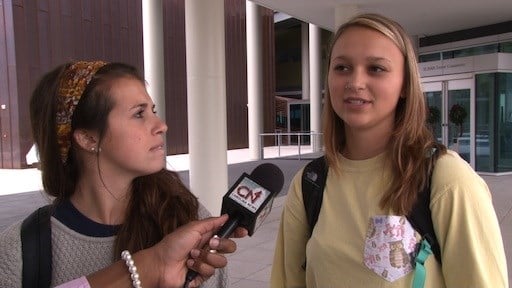 For years the University of South Carolina has held its weekly Hip Hop Wednesday event on Greene Street in front of the Russell House.

Hip Hop Wednesday is coordinated by USC's Office of Multicultural Affairs as a fun and positive way of bringing together students of diverse cultures and backgrounds. It also gives students a chance to connect with campus organizations and community events like making Christmas cards for the troops.

But not all students saw Hip Hop Wednesday as a positive and took to social media to express their anger. Posts first began to show up on Yik Yak. Yik Yak is a social media app that allows people to anonymously create and view posts within a 1.5 mile radius. Posts like these started showing up:

"Who let the ferguson zoo out on Greene street?"

"...campus and you see all the "colored people" flock to Green street".

It did not take long for these posts to circulate and students starting tweeting and retweeting their responses.

"I feel 1) personally offended by the crap I read on there and 2) ashamed that these anonymous posters are my classmates."
"Hip Hop wednesday isn't the problem. The problem is the mindset of these racist students here at USC."

One student went as far as too recall a painful memory during her time at USC as a freshman.

"Oh, you missed it my freshman year when someone hung a noose from the tree in front of Russell on green street."

The comments on Yik Yak were derogatory, but students were not surprised. Sydney Housman and Lauren McCarthy, Sophomore Business Students, these outbursts on Yik Yak are nothing new.

"I've definitely seen racist comments on Yik Yak before… like even before the Ferguson thing… I don't notice it walking around as much, but on there you see comments sometimes that are awful," she says.

Dr. John Dozier is USC's Chief Adversity Officer. He says the university has denounced student use of Yik Yak and USC is constantly educating students, faculty and staff on ways to handle diversity.  If a student believes they have been cyber bullied they could file a complaint with the university. However, with Yik Yak being anonymous it makes it difficult to identify the students in order to prosecute them under the university's student code. No complaints have been filed at this time.